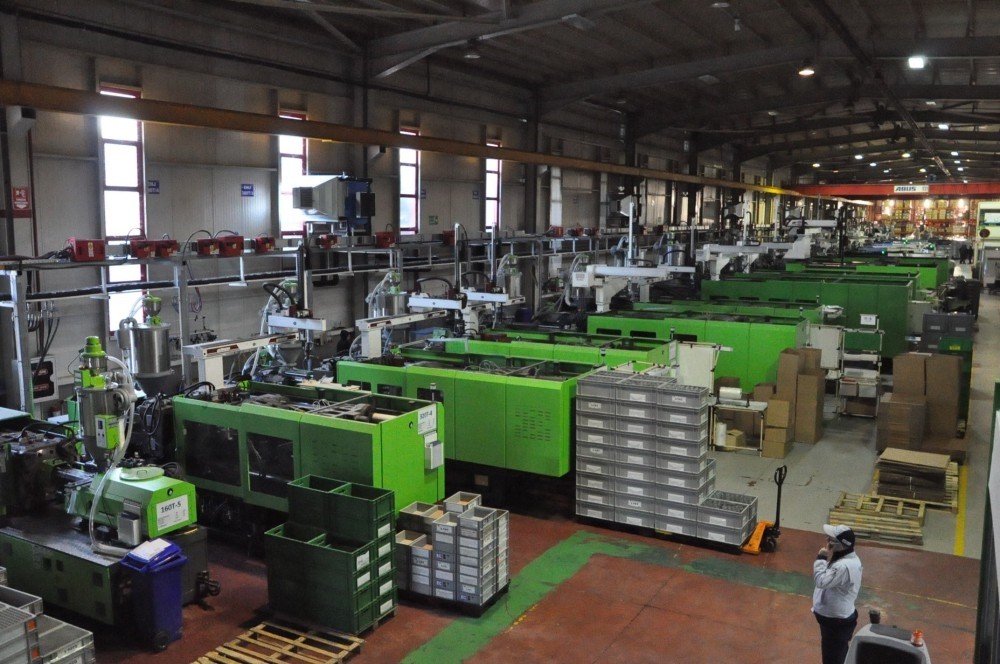 While investors are left reeling from a stronger-than-expected inflation rate, the U.S. dollar saw record-high spikes, deepening speculations regarding the upward movement of exchange rates in relation to actual inflation figures. In other words, the recently announced figures impose a sense of urgency on forecast details and rhetoric regarding the volatility of price parameters.

Just hours into the new year, another crucial development struck in the form of a terrorist attack in Istanbul's Ortaköy district. Thus, Turkey entered 2017 with a fast and painful agenda.

The month of January marks an active month for Turkey and the global markets, as Donald Trump will take over the U.S. presidential office, Turkish officials resume Cyprus negotiations at Geneva, Syrian peace talks loom in Astana, the Central Bank of the Republic of Turkey (CBRT) has its Monetary Policy Board meeting and Fitch releases the latest assessments on Turkey's market ratings. It is already clear that the search for a new macro equilibrium in the context of exchange rates and prices will cover the economic dimension of this agenda.

On the other hand, the terror attack in Ortaköy seemed like an extension of the previous attacks aimed at Turkey's tourism industry, putting a country weary of terrorist attacks into a new state of frustration and isolationism. It must have been calculated at this point that Turkey, which would lose the advantages of the Middle East and global competition, would be economically and politically cornered. It is clear that the main target of more than 20 terrorist attacks in 2016, including this latest attack, is to negatively affect the country's foreign capital, which acts with the systemic risk perception, and scare it off from Turkey.

In this sense, it is already evident that there will be serious consequences in the wake of the latest attack, which aimed to influence the foreign investor beyond adversely affecting the already negative outlook of the tourism sector. Particularly, announcements suggesting that the realization of the inflation rate is higher than expected and the decrease in the real interest rate will cause the Turkish market to lose its attractiveness have started to come.

Political stability and market mechanismOn the other hand, we can say despite contradictory external markets, the Turkish economy continues to resist the searches of such a terrorist attack to trigger a crisis in an environment where a global economic crisis is already taking place. "Political stability" and "advanced market mechanisms," which provide this resistance, are the two important bases that must be protected.

The Turkish lira depreciated against the dollar by about 17 percent in 2016. Despite the weak external markets, movements in the weak exchange rate led to a sharp increase in exports and a shrinkage in imports. The foreign trade deficit decreased. On the other hand, thanks to government policies being implemented, around 26 percent of the foreign trade was realized in Turkish lira. As previously stressed above, while the inflation expectation was 0.83 percent for December, the actual rate was recorded as 1.6 percent. In this case, if nominal interest rates remain stable, it is clear that real interest rates could approach 0 percent on an annual basis. If the annual inflation rate exceeds 8 percent, it possible for real interest rates to turn negative.

In search of new balance in Turkish economy

In the aftermath of the interest rate hike in November 2016, the effective-funding rate reached around 8.3 percent, and the increase in market rates, which maintain at very high levels, seems to have ceased. Considering the fact that effective funding is made from the range of one-week repo and overnight-lending rates, it is safe to say that an increase in the funding rate could trigger an increase in repo rates, which may impose upward movement on the policy-interest rate. We may soon witness the Central Bank of the Republic of Turkey (CBRT), which now remains idle as it monitors developments from afar, seek new adjustments which would have a ripple effect on other markets, while bringing the effective funding rate above 8.5 percent. On the other hand, despite the declining volatility of the exchange rate at the beginning of the year, upward movement continues to keep the exchange rate on the agenda as a risk factor. Even though terrorist attacks have also been keeping this risk alive, it became obvious with the experience in November that the exchange-rate hike could not be stopped by the interest brake.

Considering the balance of payments and current-unemployment figures together with the recently announced inflation surge, we can see that the Turkish economy is in search of balance at a new-price level. Looking at the face of the minimum wage increase, the upward movement in prices turns out to not appear demanding in the least. So, what is at the heart of the most recently announced inflation figure?

In short, cost increases are at the heart of the dynamics that drive inflation. In the present case, since inflation is being reflected in the domestic market, we can say that global costs drive inflation rates up. Therefore, we cannot expect Turkey, which implements an import-dependent production model around free-market principles, not to be affected by an increase in commodity prices. Moreover, Turkey is also affected by increases in raw-material prices, which are used as input by markets experiencing revitalized demand through increasing prices, especially in the EU. It should also be taken into consideration that the currently applied, low real interest rate policy could facilitate the reflection of price volatility on the country as a whole.

Regarding global developments, prices are generally showing an upward moving trend. Namely, prices in the EU, which increased by 1.1 percent in December 2016, also triggered the revitalization of demand.

In the aftermath of China's economic slowdown, which was primarily the result of statements made by U.S. President-elect Donald Trump, and which alluded to U.S. investments in infrastructural developments, the anticipated decline in world raw material prices did not occur. For example, copper prices have climbed to a record high for the first time since 2010 and other commodity prices have begun to take an upward trend as well. The total world price index has moved upwards since May 2016. According to the World Bank, prices decreased by 6.7 percent in the energy sector and increased by 3.3 percent in non-energy sectors in November of last year. While the prices of metals and minerals increased by 11.5 percent, the price of precious metals decreased by 2.1 percent. Therefore, the upward movement of prices in the Turkish economy has also been realized by the reflection of these global price movements at high rates.

In light of these developments, we can return to our argument that Turkey is seeking its own macro-economic balance at a new price level. Evaluating global price movements together with the latest exchange rate developments, actual inflation rates and the foreign trade deficit, we can say that Turkey is expecting developments that will put production factor pricing on the agenda once again. Global developments, the decrease in world energy prices and the increase in exchange rates also indicate that Turkey is seeking new macro balances at a new price level. It is obvious that the relative pricing of production factors is wrong in today's conditions. It can be noted that existing factor prices do not reflect the economic realities of the markets.

The actual inflation rate and the continuation of the upward movement trend, despite sluggish foreign exchange rates, may bode well for Turkey as foreshadowing that Turkey's relative factor prices will reach higher, optimal price levels allowing the country to remain competitive in the world.

In the context of this, the most important action to be taken must be to avoid attempts to gut the market and deactivate the private sector. Threats faced by the Turkish economy in the scope of rising inflation, increasing exchange rates and a low real-interest rate can only be turned into an opportunity if free logic is applied to market strategy.

Market strategies that involve fixed currencies, repressed interest rates and price ceilings designed to hinder market growth are sure to disrupt the Turkish economy, which works based upon open and free market principles.

The transition to these applications requires extremely costly arrangements which completely change the states' economic position in the first place. While global developments may compel Turkey to make structural changes in the long term, the present outlook indicates that today is not that day.

Today, Turkey must support market growth with incentives such as the reduction of tax burdens and the mobilization of internal savings and long-term public investments should be backed by private sector partnerships. The fact that the four most recent Treasury bids saw a four-fold increase in demand indicates that the internal confidence factor remains strong. Today, the most important endeavor in the fight against market fears and uncertainty imposed on Turkey via terrorist attacks is to focus on markets which guarantee creativity, competitiveness and lifestyle. Markets need to be kept alive because the most important antidote of this conjuncture is produced by working and dynamic markets.