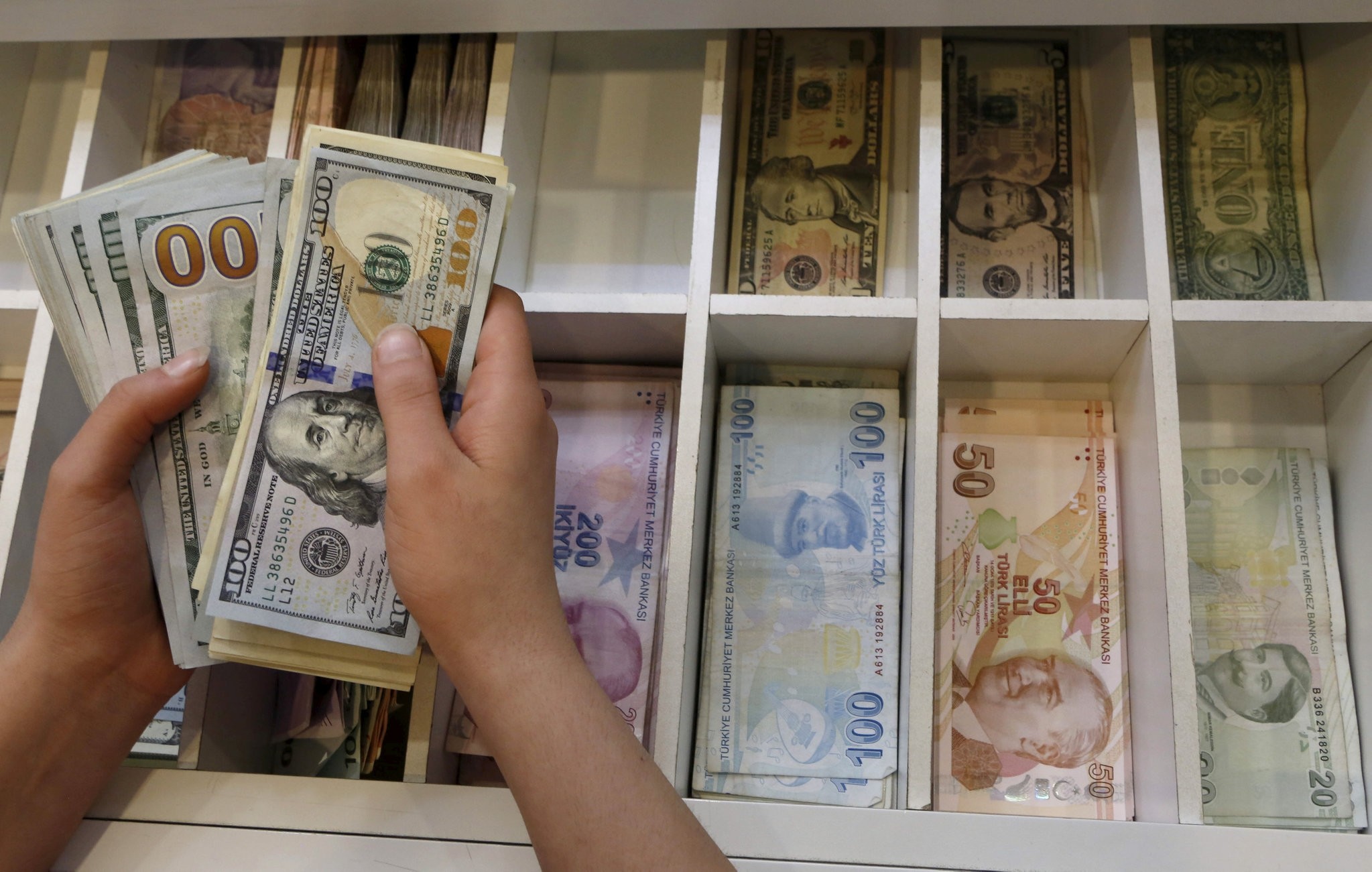 The Turkish lira hit an all-time low of 3.8950 against the U.S. dollar on Wednesday as the currency slumped to a further record low despite the central bank's move to support the currency.

The Central Bank of the Republic of Turkey (CBRT) took new measures Tuesday to control the rising trend of the euro and the dollar against the lira. The bank announced that foreign exchange reserve requirement ratios had been decreased by 50 basis points for all maturity brackets to provide $1.5 billion to the financial markets. Thanks to the announcement by the bank, the lira started to recover after seeing a record high of 3.78 earlier in the day.

The dollar rose over 3.78 against the Turkish lira early Tuesday as the currency slumped to a new low. The dollar-lira exchange rate rose 1.4 percent compared to Monday's close of 3.7245, pushing the dollar's overall appreciation against the lira this year to more than 7 percent. On reaching 3.78, the rate retreated slightly to 3.74 thanks to the CBRT. Along with the dollar, the euro also hit the 4.0 level against the lira yesterday. It eased to 3.98 later in the day.

On Monday, the dollar advanced to a high of 3.7449 against the lira - the highest since the new lira was introduced in a 2005 revaluation - amid anxiety in the domestic market over proposed constitutional changes. Analysts believe the debate on constitutional reform, including a shift to a presidential system, will steer the market's course in the near term.

As some economists suggested the CBRT should increase interest rates at the bank's January meeting to control the exchange rate parity, Deputy Prime Minister Nurettin Canikli said it will be up to the central bank to decide on rates and it would be unacceptable to pressure the bank in this regard. Canikli further underlined that the real sector will not be affected negatively by these developments and the government has taken all necessary measures to ensure firms do not face exchange rate troubles.