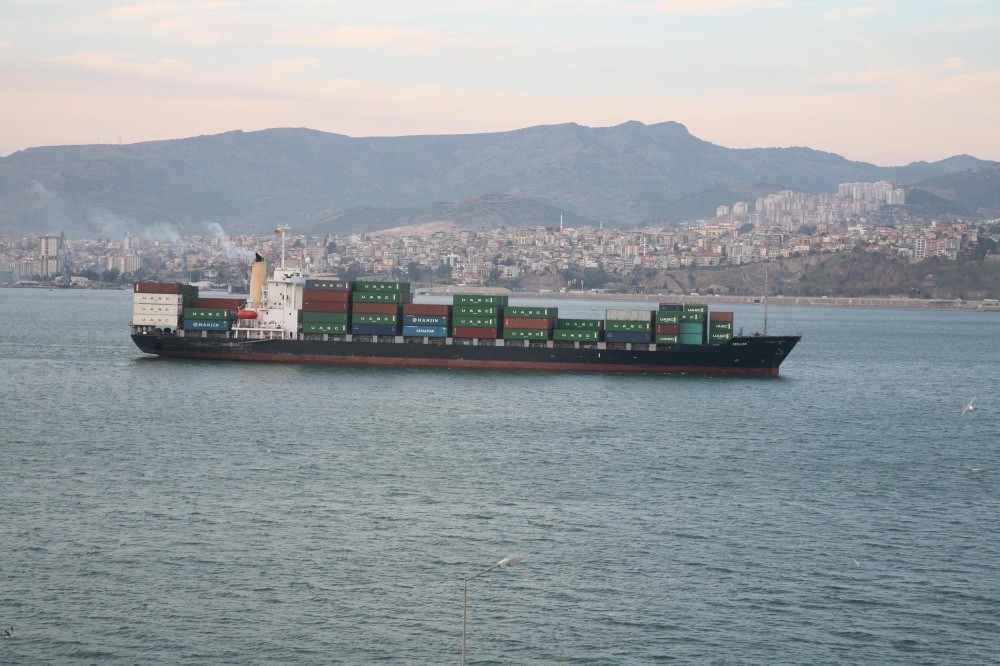 After initiating a normalization process of ties in June, Turkey and Israel seeks to further improve the collaborations particularly in trade. As part of the initiatives to strengthen partnership, Israel and Turkey considers expanding the scope of the existing Free Trade Agreement

As efforts to pave the way for the normalization of ties with Israel gain momentum,, Turkey is preparing to expand the scope of its Free Trade Agreement (FTA) with Israel according to Turkish Justice Minister Bekir Bozdağ who spoke with news channel A Haber yesterday, announcing that the scope of the FTA with Israel will be expanded amid increasing regional collaborations with the country.

Under the current FTA, which was signed with Israel on March 14, 1996 and went into force on May 1, 1997, numerous trade-related areas including sanitary and phytosanitary measures, internal taxation, balance of payments, public procurement, state aid, intellectual property rights, anti-dumping, rules of origin and various safeguard measures are addressed. The stipulations of the agreement on industrial products, all the customs taxes and charges that have an equivalent effect were abolished on Jan. 1, 2000. Regarding agricultural products, Turkey and Israel granted each other unlimited tariff elimination or reduction and/or tariff reduction or elimination in the form of tariff quotas for some agricultural products originating in the other party. Furthermore, in 2006 and in 2007 both parties revised the list of agricultural products that are granted preferential treatment under the original agreement.

Israel is one of the top 20 countries with which Turkey actively conducts foreign trade. According to data released by the Turkish Standards Institute (TurkStat) on foreign trade in November, the total volume of Turkish exports to Israel is valued at approximately $2.7 billion for the January-November 2016 period, recording a 9.2 percent increase compared to the same period of the previous year. Moreover, the monthly export volume to Israel in November increased by 8.8 percent compared to November 2015, reaching around $240 million.

Talks on expanding energy collaborations between the two countries also top the economic agenda of both countries as a potential pipeline that could be built through Turkey to carry petroleum gas from the Mediterranean to Europe is deemed highly lucrative for Israel, compelling both countries to expand the existing FTA in another indication that normalization continues to gain momentum.

Previously, President Recep Tayyip Erdoğan a number of laws including the normalization deal with Israel, which was also ratified by the parliament.

Relations between Turkey and Israel declined in 2010 following the Mavi Marmara incident in which an Israeli naval convoy raided a Turkish ship carrying humanitarian aid to the blockaded Gaza Strip, killing 10 activists.

Turkey, Israel enter a new era in mutual relationsAn official from Turkey's Foreign Ministry informed that after the normalization in Turkish-Israeli relations, political consultations will be held under the Presidency of the foreign ministers of both countries at a later date within one month from Feb. 7-8, according to Justice Minister Bozdağ. The official from the Foreign Ministry said this will include ministerial visits, underlining that there are sectors that require high-level visits to be accelerated, including the economy, tourism and energy sectors which have the potential for rapid growth and where improvements are anticipated.

Noting that in the wake of the Mavi Marmara incident relations between the two countries have continued unabatedly in the sectors of culture, tourism, trade and sports - despite being disconnected politically and militarily - the official stated that prior to the normalization process, the bilateral trade volume increased from $2.5 billion to $5 billion, proving that both parties need each other. The official stressed that the fields of defense and the military will definitely be brought to the agenda in the coming period, citing former relations between the countries in those areas.

Stating that there is high potential for development with regards to the economy in the future, the official said: "We have a free trade agreement. We want to update it, increase its depth and expand its scope. It's important to us. Because the two countries are complementary to each other."

The official said in the field of tourism, Turkey was previously a country showing great interest by Israeli tourists in the past, citing tourism figures prior to 2010 which exceeded 500,000 before falling in the wake of the Mavi Marmara incident to 80,000 after 2010, stressing that there is now a tourist demand among roughly 260,000 people from Israel.

Suggesting that they will work hard to increase the number of Israeli tourists, the official said there will be a large tourism fair called the International Mediterranean Tourism Market (IMTM) in the first week of next month, asserting that Turkey will attend the event with a large display for the first time in six-to-seven years: "Maybe a high-level visit can be planned in this way. We know Israel's expectations in tourism. They know our opportunities. There's a lot we can provide," the official said, pointing out that Israeli tourists primarily prefer visiting the provinces of Antalya, Alanya and Istanbul.

Noting that Turkey had important experiences to learn from the other side in the fields of technology, small and medium sized enterprises (SMEs), information technology, software and innovation, the official said they will make efforts to bring these to the service of Turkish industrialists and businessmen.Underscoring that businesspeople play a major role in this, the official said: "We will not expect everything from the state. Businesspeople will chase opportunities and find them. We will help them and pave the way for them but they must be the locomotives. They should make efforts to find and chase job opportunities and attract us to where we need to go."
Last Update: Jan 12, 2017 1:03 am
RELATED TOPICS