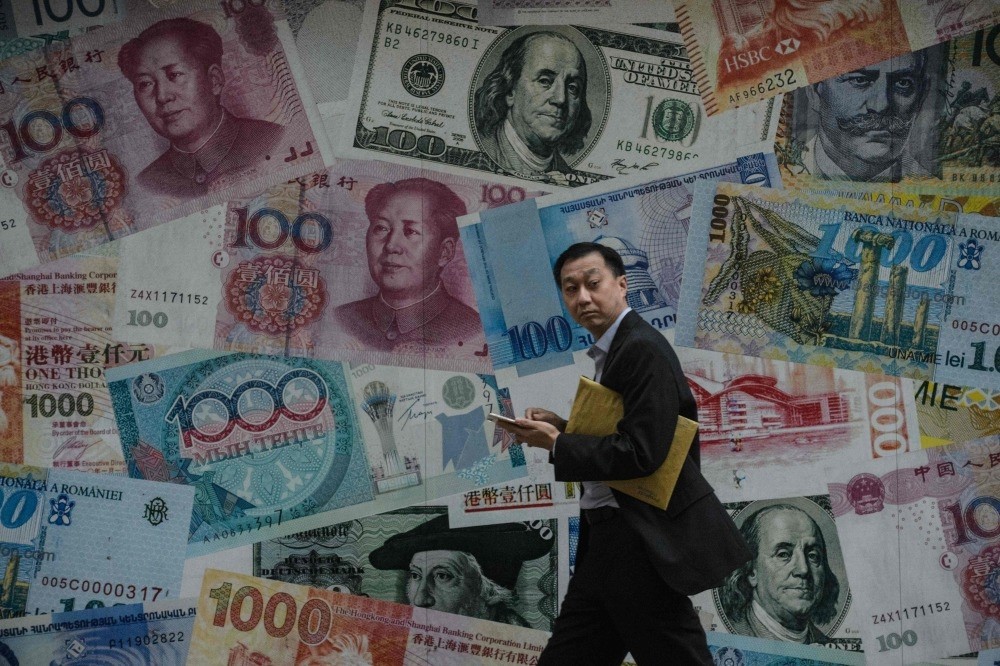 As the bells for a trade war toll amid the discourses fuelling discussions and anxieties over protectionist trade policies that have recently flared up, the positive economic outlook is shadowed in the Swiss Alps

A trade war between the United States and China and a strengthening dollar are among the biggest threats to a brightening global economic outlook, according to leading economists at the World Economic Forum in Davos.

As political leaders, businessmen and bankers converge on the resort in the Swiss Alps this week, they can draw hope from a more benign economic picture and a rally in global stock markets on expectations of major stimulus under a new U.S. administration led by Donald Trump.

The backdrop is brighter than it was a year ago, when concerns about a rapid economic slowdown in China led to what Credit Suisse CEO Tidjane Thiam described at the time as "the worst start to any year on record in financial markets ever".

"I am more optimistic than last year. If no major political or geopolitical uncertainties materialise and derail the world economy, it might even surprise to the upside in 2017," Axel Weber, the chairman of Swiss bank UBS and a former president of the German Bundesbank, told Reuters.

Still, there are big storm clouds on the horizon.

"It is too early to give the all clear," Weber continued. "This cyclical upswing hides but does not solve the world's underlying structural problems, which are excessive debt, over-reliance on monetary policy, and adverse demographic developments."

Among the biggest concerns for 2017 cited by the half dozen economists interviewed was the threat of a U.S.-China trade war, and broader economic tensions, triggered by what they fear could be a more confrontational Trump administration.

Trump is threatening to brand China a currency manipulator and impose heavy tariffs on imports of Chinese goods. Last month he named leading China critic Peter Navarro, author of the book "Death by China," as a top trade adviser.

"This is the key uncertainty because you don't know how much the rhetoric is a ploy to get better deals," said Raghuram Rajan, an economist at the University of Chicago who stepped down as governor of India's central bank last September.

"I'm worried about the people he is surrounding himself with. If they have a more protectionist world view and believe the reason the U.S. is not doing well is because others are cheating that creates a certain kind of rhetoric that could end up very badly for the world."

Last month, the U.S. Federal Reserve hiked interest rates for just the second time in a decade, a sign that the lengthy period of ultra-loose monetary policy that followed the global financial crisis may be coming to an end. The World Bank said last week that it expects global growth to accelerate to 2.7 percent this year, up from a post-crisislow of 2.3 percent in 2016, on the back of a pickup in U.S. growth and a recovery in emerging markets fuelled by a rise in commodity prices.

A year ago in Davos, both Rajan and Weber warned about the limits of loose monetary policy. But now that the Fed is in tightening mode, a new set of risks has emerged.

One is a further strengthening of the dollar, which is already hovering near 14-year highs against the euro.

A further appreciation could widen the U.S. trade deficit, increasing pressure on Trump to resort to protectionist policies. It could also expose weaknesses in the balance sheets of borrowers outside the United States who have borrowed in dollars but hold domestic currency assets.

In Europe, by contrast, a stronger dollar could add fuel to a solid if unspectacular economic recovery, allowing the European Central Bank to plot an end to its own easy money policies including the bond-buying, or quantitative easing (QE), programme it recently extended through to the end of 2017.

While welcome, this would also come with risks, particularly for the peripheral euro zone countries that have come to depend on QE to keep a lid on their borrowing costs.

"Just when you think the euro zone is stable it might turn out not to be," said Kenneth Rogoff of Harvard University, a former chief economist at the International Monetary Fund (IMF).

"If U.S. interest rates continue to rise and the dollar appreciates against the euro it's going to start getting very hard for (ECB President) Mario Draghi to tell the story that he's doing QE to prop up inflation. If he ever slows down on QE, the vulnerabilities of the periphery countries are huge."

Rajan and Richard Baldwin of the Graduate Institute in Geneva said they viewed European banks as another big risk for the global outlook. Italy agreed last month to inject about 6.6 billion euros into Monte dei Paschi di Siena, but the weakness of other Italian banks and German institutions, including Deutsche Bank, remain a concern.

However the biggest threat may be political. Were French far-right leader Marine Le Pen, who favours a Brexit-style referendum on France's EU membership, to deliver a Trump-like surprise in the two-round French election in April and May, doubts about the future of the EU and euro zone will increase.

The chances of that seem slim for now. A poll last week suggested conservative candidate Francois Fillon would beat Le Pen in a runoff by a 63 to 37 percent margin. But after two seismic political shocks in 2016 - Trump and Brexit - no one is counting her out. "Political surprises may fundamentally alter the currently favourable economic and financial outlook for 2017," said Weber.