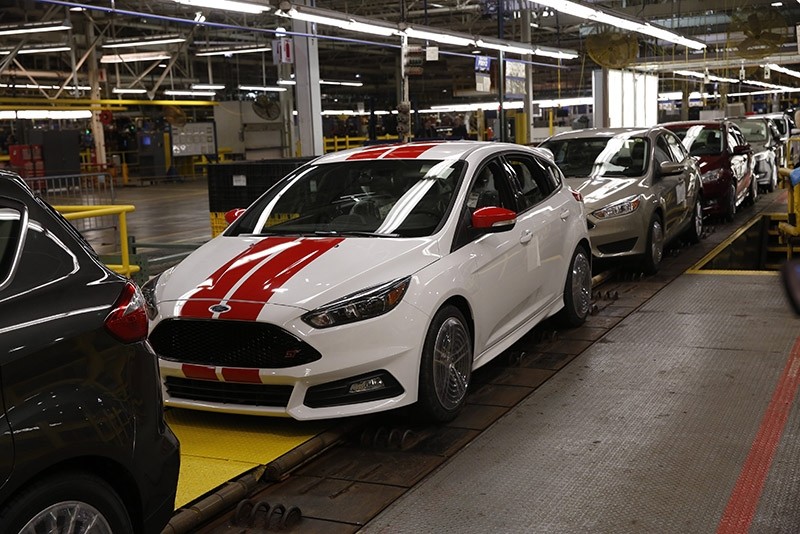 U.S. industrial production rebounded in December due to the biggest jump in utilities since 1989 as temperatures cooled across the country.

Overall industrial production, however, fell at an annual rate of 0.6 percent in the fourth quarter.

The bulk of December's increase was due to the 6.6 percent rise in the utilities index, which had been hampered the previous month by unseasonably warm weather.

Manufacturing output edged up 0.2 percent and mining production was unchanged.

Overall manufacturing output rose at an annual rate of 0.7 percent in the fourth quarter while the index for mining surged 11.9 percent in the quarter.

With overall output increasing in December, the percentage of industrial capacity in use rose 0.6 percentage point in December to 75.5 percent, from a slightly downwardly revised 74.9 percent in November.

Fed officials look to capacity use as a signal for how much further the economy can accelerate before sparking higher inflation.

The report suggests that the U.S. industrial sector is recovering from a prolonged slump. The combination of falling energy prices and a strong dollar hurt manufacturers, who saw orders for pipeline and drilling equipment cancelled as their goods became more expensive abroad.

The Fed measure of industrial output began to slump at the start of 2015 and only began to show signs of rebounding in the middle of last year.