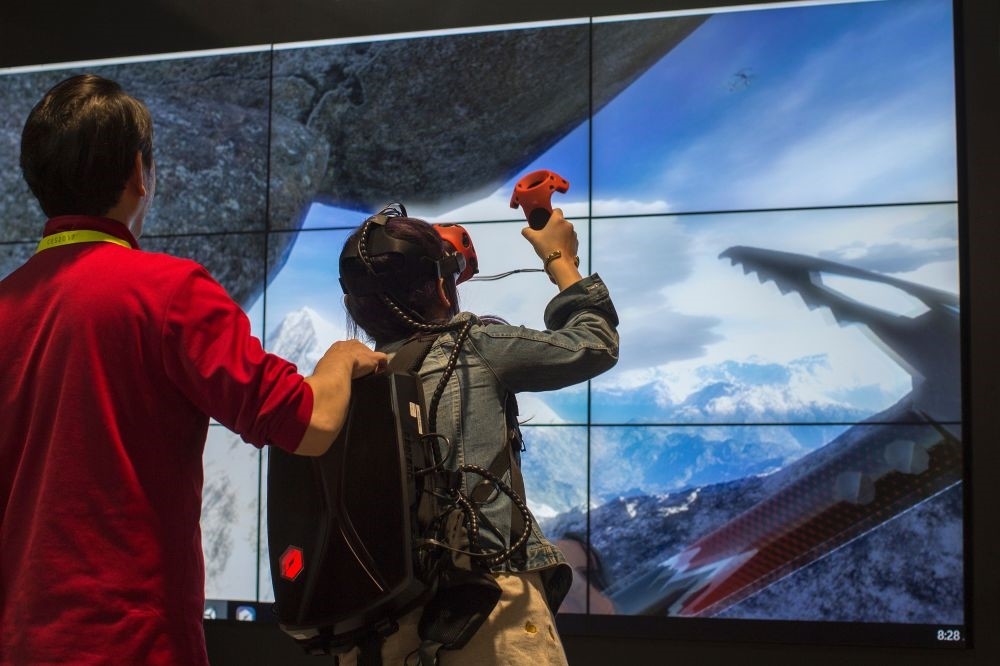 A woman climbs a mountain in a VR experience at the Tsinghua Tongfang exhibit booth during the 2017 Consumer Electronic Show (CES) in Las Vegas.
by French Press Agency - AFP Jan 21, 2017 12:00 am

The state-owned Tsinghua Unigroup will open the facility in the city of Nanjing, where it will mainly produce chips used in consumer electronics such as cellphones, cameras and computers

China's largest chip maker has announced it will invest $30 billion to build a new semiconductor factory, as the world's second largest economy seeks to reduce its dependence on foreign technology. The state-owned Tsinghua Unigroup will open the facility in the city of Nanjing in eastern Jiangsu province, where it will mainly produce chips used in consumer electronics such as cellphones, cameras and computers, according to a statement posted Thursday on the company's official website. The project "is of great significance to the independent innovation, large-scale production, and marketization of China's integrated circuit industry," the statement said.

The announcement comes after attempts by the company to take-over US chip makers Micron Technology and Sandisk were curbed by the Committee on Foreign Investment in the United States (CFIUS) over national security concerns. Its ambitions to acquire American technology thwarted, Tsinghua Unigroup has shifted its focus to building plants in China, launching a $24 billion memory chip factory in Wuhan city last month, according to online news site Sohu.

China was the largest market for semiconductors in the world in 2015. Its excessive dependence on imported chips has raised concern in Beijing over the country's national security, according to a report by the U.S. Department of Commerce.

In 2014, Chinese authorities pledged 100 billion yuan ($14.6 billion) to support the industry, with the aim of building a "globally competitive semiconductor sector by 2030," according to two statements by China's Ministry of Industry and Information Technology in 2014 and 2015.

In a speech on cyber security last April, Chinese president Xi Jinping warned that China must gain control of "core" technology, saying that leaving it in the hands of foreigners is "our greatest hidden danger." The drive by China to expand its role in the market, long dominated by U.S. firms like Intel and Qualcomm, has raised concerns in Washington. A report to President Barack Obama by a presidential science panel last month warned that China is set to challenge American dominance in the industry.
RELATED TOPICS