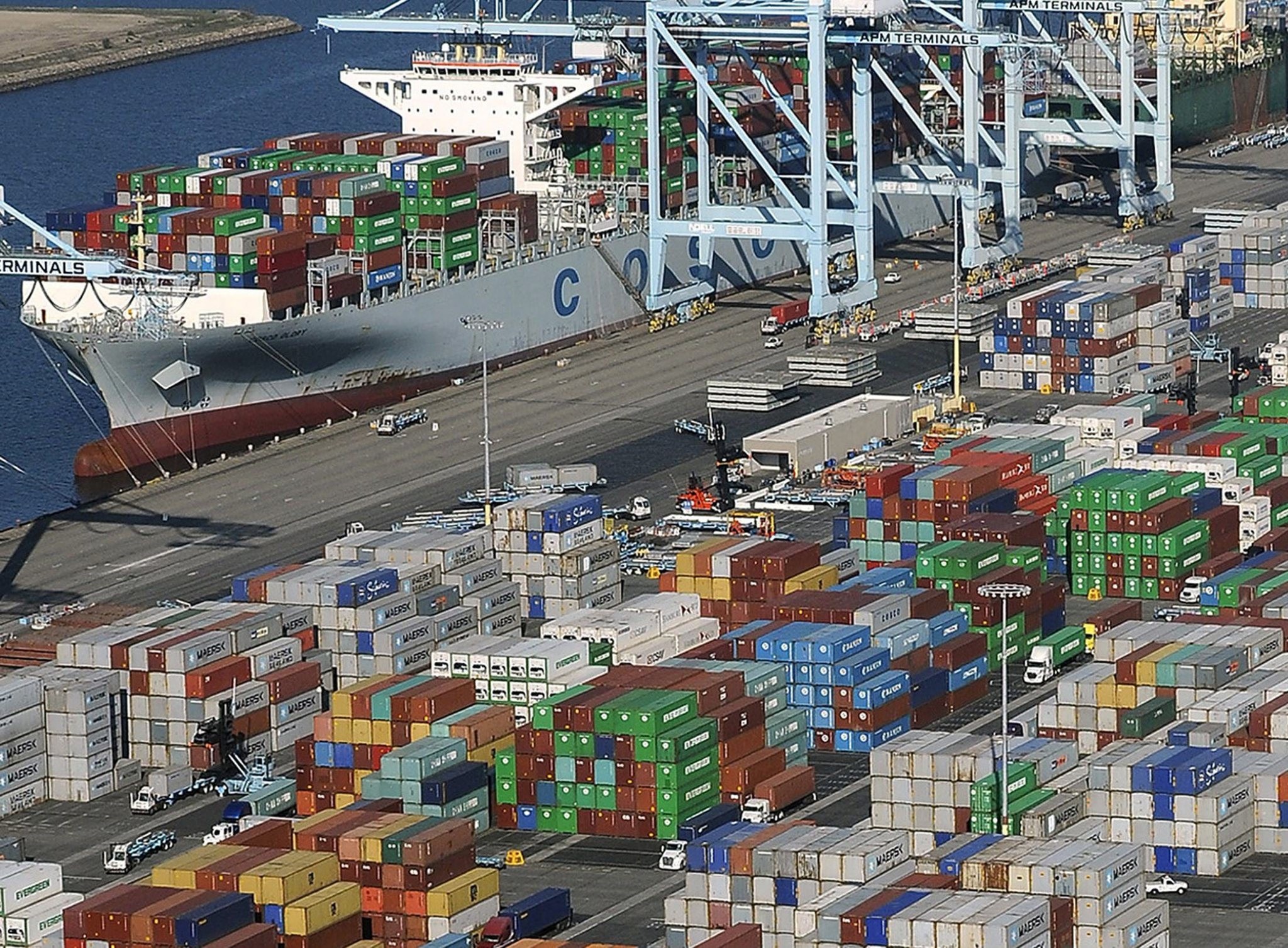 "Great thing for the American worker that we just did," Trump said in brief remarks as he signed a notice in the Oval Office.

The president also signed memorandums freezing most federal government hiring, though he noted an exception for the military, and reinstating a ban on providing federal money to international groups that perform abortions or provide information on the option. The regulation, known as the "Mexico City Policy," has been a political volleyball, instituted by Republican administrations and rescinded by Democratic ones since 1984.

Following a tumultuous first weekend in office — consumed by Trump's criticism of the media's inauguration coverage and his spokesman's angry, inaccurate tirade against journalists — the president was seeking to refocus on the sweeping, yet often vague, promises he made as a candidate. He campaigned as a fierce opponent of multilateral trade agreements, particularly the 12-nation Pacific Rim deal.

The deal was the cornerstone of Obama's attempt to counter China's influence in Asia. The Obama administration labored for years to finalize TPP. But Obama's own Democratic Party was skeptical of the pact, and the former president never sent it to Congress for ratification.

As Trump pressed forward with executive actions, a legal watchdog group filed a lawsuit alleging he is violating the so-called emoluments clause in the Constitution by allowing his business to accept payments from foreign governments. The liberal-funded watchdog group Citizens for Responsibility and Ethics says the clause prohibits Trump from receiving money from diplomats for stays at his hotels or from foreign governments for leases of office space in his buildings.

Asked about the suit, Trump said it was "totally without merit."

The president was spending much of the day reaching out to lawmakers and others with a stake in his economic policies. Congressional leaders from both parties were attending an evening reception at the White House. The president was also scheduled to meet with union leaders and workers.

He began the day huddling with business leaders. He warned that he would impose a "substantial border tax" on companies that move their manufacturing out of the United States. He also promised tax advantages to companies that produce products domestically.

"All you have to do is stay," he said during a meeting in the White House's Roosevelt Room.

Tesla CEO Elon Musk and Marillyn Hewson of Lockheed Martin were among the executives who attended the meeting. The gathering kicked off a jam-packed day for the new president, including an evening reception with lawmakers from both parties and a sit-down with union leaders.

Trump ran for office pledging to overhaul U.S. trade policy, arguing that massive free-trade agreements have disadvantaged American workers. Since winning the White House, he's aggressively called out companies that have moved factories overseas, vowing to slap taxes on products they then try to sell in the U.S.

The president also reiterated his campaign pledge to lower taxes for companies, as well as the middle class, "anywhere from 15 to 25 percent," although Trump has not been clear on how he intends to make up for the lost tax revenue. He also called for cutting 75 percent of federal regulations — and insisted that doing so would not compromise worker safety.

Monday's developments came after a first weekend in the White House that included Trump lambasting news organizations for correctly reporting on the size of the crowds at his inauguration and mass protests against his presidency on the following day.

Spokesman Sean Spicer was dispatched to the White House briefing room Saturday to reinforce the message, though his remarks included several inaccuracies, including a claim that floor coverings were used on the National Mall for the first time, accentuating empty spaces. Coverings were also used during Obama's 2013 inauguration.

In his first days in office, Trump has been reaching out to several world leaders, including a call Monday with Egyptian President Abdel-Fattah el-Sissi. On Sunday, the president spoke with Israeli Prime Minister Benjamin Netanyahu, who accepted an invitation to visit the White House in early February. The prime minister said he is hoping to forge a "common vision" with the newly inaugurated U.S. president that could include expanded Israeli settlement construction and a tougher policy toward Iran.

Trump also announced that he's set up meetings with Canadian Prime Minister Justin Trudeau and Mexican President Enrique Pena Nieto, whose countries are partners with the U.S. in the North American Free Trade Agreement. Trump has vowed to renegotiate the terms of that pact.

"We're going to start some negotiations having to do with NAFTA," he said of his meeting with Pena Nieto.

Later in the week, he'll address congressional Republicans at their retreat in Philadelphia and meet with British Prime Minister Theresa May.