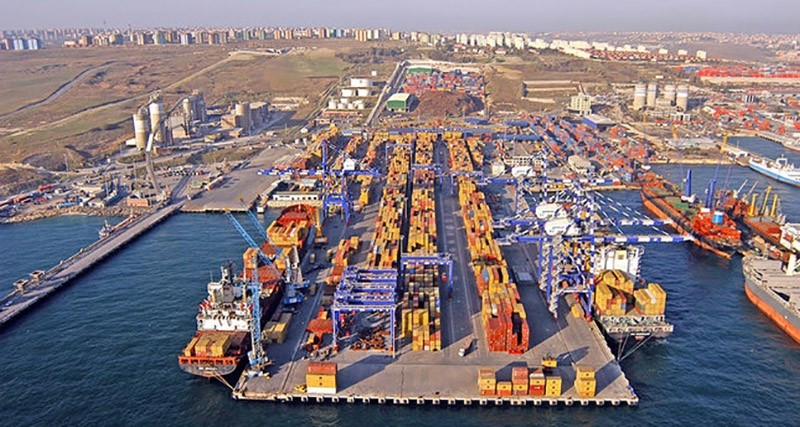 Turkish exports in February increased by 5.1 percent to reach $11.3 billion, according to year-end and monthly export data released by the Turkish Exporters Assembly (TİM) on Wednesday.

Over the last 12 months, exports increased by 2.6 percent, compared to the previous year, amounting to $143.2 billion.

According to TİM data, the automotive industry led exports with $2.2 billion in February, followed by the chemical materials and products sector at $1.4 billion and the apparel sector with $1.3 billion.

The biggest hike in February exports was seen in the sale of olive oil with a 82.3 percentage increase, followed by jewelry with an increase of 64 percent.

The industrial sector accounted for 88.4 percent of total exports last month with sales of $9.3 billion, an increase of 6 percent compared to the same month of the previous year.

The agricultural sector, which constituted 14.8 percent of total exports in the same period, brought in $1.7 billion with a decrease of 2.4 percent.

Whereas the mining sector, which constituted 2.7 percent of total exports, had an increase of 26.9 percent bringing in $310 million.

Evaluating the export data, TİM Chairman Mehmet Büyükekşi noted that the exports in volume recorded a 10.2 percent increase. Explaining the sectoral distribution of Turkish exports, Büyükekşi underscored that the automotive was the export leader of February.

"Exports in the automotive sector soared by 12.5 percent, but the most striking increases were observed in the olive and olive oil sector with 82.3 percent," he said.

In terms of value, the industries that record the highest hike in exports are automotive, chemicals and steel, recording increases of $804 million, $447 million, $430 million, respectively.

The TİM chair also shared information regarding export markets. The biggest increases were seen in exports to China, Israel and the U.S. He noted that the exports to these three countries increased by 67 percent, 27.8 percent, and 26.5 percent, respectively.