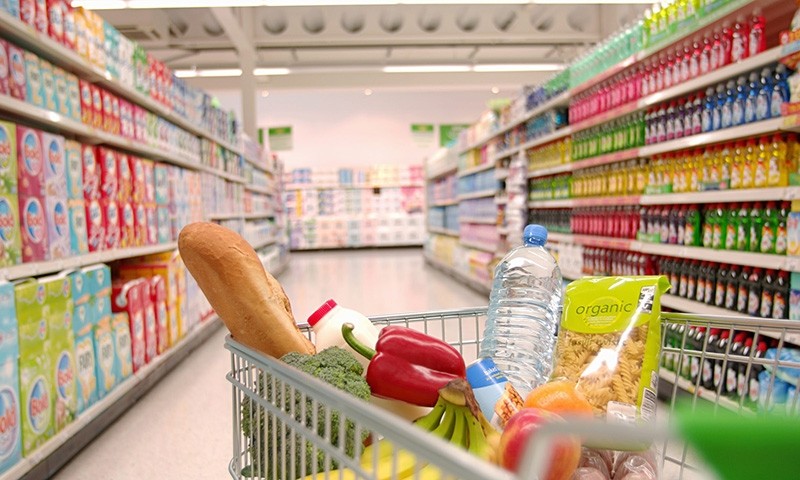 Annual inflation increased by 0.91 percentage point compared to the 9.22 percent figure in January.

The annual inflation figure hit double digits for the first time since April 2012.

The median estimate of the inflation expectation survey prepared by Anadolu Agency's Finance Desk was 0.40 percent on a monthly basis and 9.68 percent on an annual basis.

The report showed that the highest monthly increase was in transportation, 2.82 percent, while the main drivers of yearly consumer price inflation on an annual basis were alcoholic beverages and tobacco, together up 21.72 percent.

Evaluating the recent inflation data, Minister of Finance Naci Ağbal said that inflation will go up in the first months of 2017. With regards to the reasons why the inflation rate hit double digits, the minister underscored that the base effect pushes inflation upward in addition to the changes in prices in comparison to the same period of the previous year. Moreover, the minister also added that the cost pressures ensuing from the exchange rate as well as the impacts of the changes in imported goods have played a role in driving the inflation rate up.

Economists said that the steep hike in the exchange rates, the surging food and energy prices and tax/pricing regulations have pushed the inflation rate to double digits.

Ziraat Bank economist Bora Tamer Yılmaz also indicated that there are three factors that drove the inflation rate up. The primary factor is the increasing prices of oil, energy and raw materials. Yılmaz also stated that in order to reduce the inflation rate to single digits again, the Central Bank of the Republic of Turkey (CBRT) must sustain its tight monetary policy.

In case the depreciation of the Turkish lira reaches unreasonable levels, the CBRT will not react to the inflation hike in the March meeting, Aksoy noted, arguing that the CBRT takes action against high currency volatility, which could bear risks for financial stability.

KapitalFX Deputy Research Manager Enver Erkan also noted that the CBRT will continue its tight monetary policy, alleging that if the tumbling of the Turkish lira is avoided, inflation might ease to some extent.