As Wall Street surges, more are worried about valuation 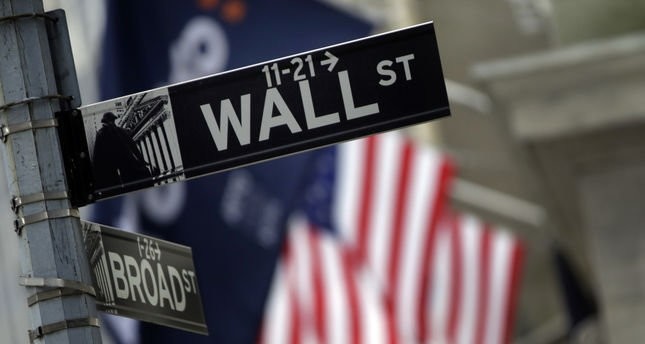 by Mar 06, 2017 12:00 am
The U.S. stock market's surge since the election has reignited a debate on valuation and whether the market can go higher still after hitting some significant milestones. The Dow on Wednesday soared above 21,000 points for the first time following President Donald Trump's first major address to Congress. After pulling back on Thursday, stocks tentatively resumed the upward climb on Friday, finishing slightly higher. Analysts say Trump's more conciliatory tone during his Tuesday night congressional address lifted hopes he will win approval for tax cuts and other growth measures strongly backed by the market. Market watchers also are heartened by improving U.S. data on jobs, consumer confidence and service sector activity. That better economic data has permitted investors to bid stocks higher in spite of red flags on Trump's approach to trade, immigration, foreign policy and other issues. Still, some analysts suspect the market is near a top.

"When you look at valuations today, it's hard to see it going up eight or 10 percent unless earnings go up a lot," said David Levy, portfolio manager at Republic Wealth Advisors."On a short-term basis, the market is extremely overbought."

Many market watchers assess valuation with the price-to-earnings ratio, a benchmark of total market capitalization to earnings. That ratio now stands at almost 30, its highest level since 2002 following a 12 percent rise in the S&P 500 since the election.

"The best argument for avoiding U.S. stocks is simple: valuation," Nicholas Colas, chief market strategist at the Convergex brokerage, said in a note earlier this week. Colas' analysis looked at the S&P 500's performance since 2002, concluding that while the seven percent annual growth rate lagged the increase over a longer period of time, it was still "nicely positive."But those gains were made possible in large part due to low interest rates enacted after the 2008 financial crisis. Current low interest rates are a main reason "we are not in a bubble territory or anything of the sort," investor Warren Buffett told CNBC earlier this week.

"Measured against interest rates, stocks actually are on the cheap side compared to historic valuations," Buffett said. "But the risk always is that interest rates go up a lot, and that brings stocks down."In fact, the Federal Reserve expects to raise the benchmark lending rate multiple times in 2017, perhaps as soon as this month. Fed Chair Janet Yellen said on Friday another interest rate increase could be "appropriate" following the central bank's meeting March 14-15 if US employment and inflation remain in line with expectations. Colas said there is still an avenue for stocks to climb higher in a world of rising interest rates if corporate profits rise. That could happen if Trump succeeds in cutting taxes." For the next 15 years, however, earnings will almost certainly have to go it alone if stocks are to replicate the performance of the last decade and a half," he said.
RELATED TOPICS