Losses for banks pull US stocks further from record highs 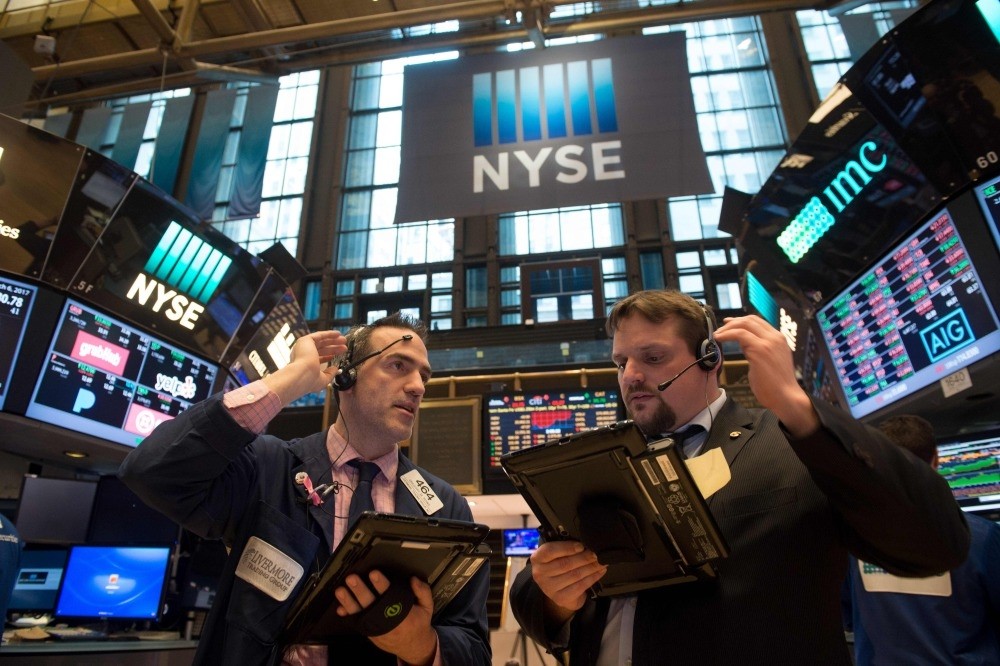 After seeing record highs, the U.S. stocks lose ground due to bank losses and the expectation of an interest rate hike from the Fed's March meeting.
by Associated Press Mar 08, 2017 12:00 am

U.S. stocks looked set to end slightly lower as investors readied themselves for an interest rate hike next week while banks are reporting consistent losses and worries about Chinese growth hikes

U.S. stocks finished lower Monday for the second time in the last three trading days. Banks gave back some of their recent gains after a jump in interest rates last week sent them sharply higher.

Mining and chemical companies declined after China cut its economic growth forecast, and airlines slumped after a Delta said its business isn't improving as fast as it hoped. There were few winners to be found on Wall Street as more than two-thirds of the stocks on the New York Stock Exchange fell. That included consistent losses for banks, investment firms and insurance companies.

All four indexes reached all-time highs last week, and the S&P 500 and Nasdaq have risen for six weeks in a row. That's on top of a big surge in November and December. Those rapid gains the last few months have prompted some analysts to turn cautious.

"We think there's a reasonable chance at the end of the year we'll be a little bit lower than we are right now," said Scott Wren, senior global equity strategist at Wells Fargo Investment Institute.

Over the weekend Premier Li Keqiang, China's top economic official, trimmed the country's growth target to 6.5 percent. The Chinese economy is the second-largest in the world, and the prospect of slower growth there hurt mining, packaging and chemical companies and sent the price of copper lower.But investors weren't nearly as alarmed about the latest signs of slowing growth in China as they were in the past. Stocks plunged in early 2016 as investors worried the Chinese economy might weaken in a

hurry and drag the global economy down with it. Wren said Wall Street now thinks growth in China will slow down gradually.

"The market's pretty comfortable with this controlled slowdown," he said. "A lot of that sell-off was due to the fear that Chinese growth was ... basically going to collapse," he said.Delta Air Lines gave a disappointing revenue projection for the second quarter and its stock lost $1.28, or 2.6 percent, to $48.85. United and American Airlines each fell 3 percent.Poultry companies slumped after 70,000 chickens were killed at a Tennessee farm after a bird flu outbreak was discovered there. The affected farm is a supplier to Tyson Foods, and while Tyson said it doesn't expect its business to suffer, the new brought back bad memories for investors: in 2015, U.S. poultry producers lost 48 million birds to a different strain of the virus.

French automaker PSA Group agreed to buy General Motors' European business, which has lost $20 billion since 1999 and hasn't made an annual profit over that span. Investors were glad to see it go, as GM's stock jumped almost 5 percent when the talks were disclosed last month. PSA makes Peugeot and Citroen cars, and the addition of the Opel and Vauxhall brands will make it the second-largest automaker in Europe. Its stock rose 2.7 percent.

Companies that pay big dividends, like real estate investment trusts, fell again. Those stocks are often compared to bonds because of their high yields, and higher bond yields make them less appealing to investors.

In other energy trading, wholesale gasoline rose 2 cents to $1.67 a gallon and heating oil picked up 1 cent to $1.60 a gallon.