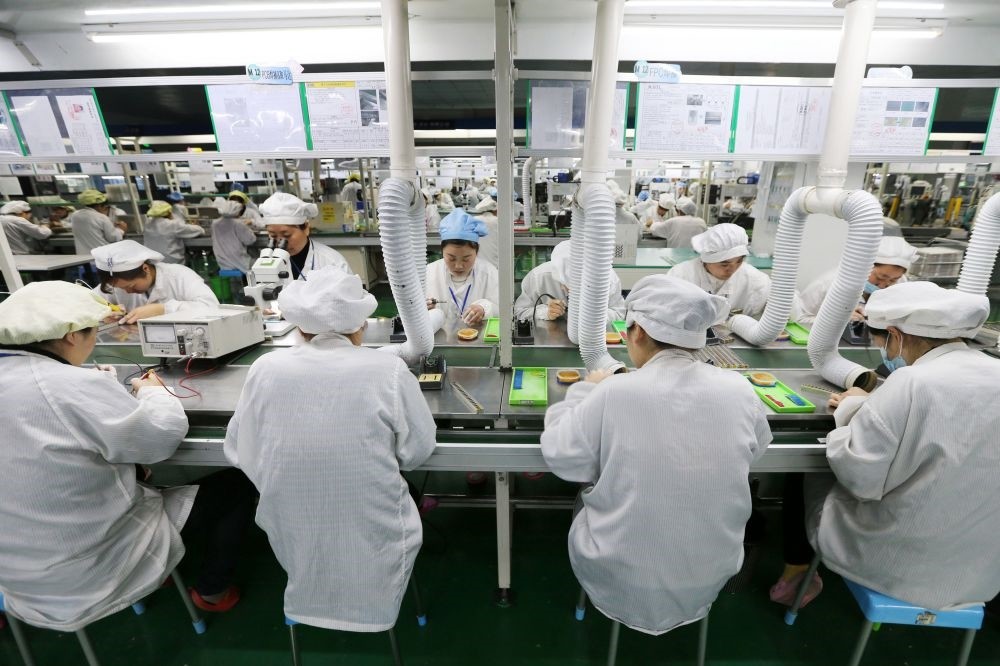 Chinese employees working on micro and special batteries for mobile phones at a factory.
by French Press Agency - AFP Mar 16, 2017 12:00 am

As the risk for a trade war between China and the U.S. is still dangling over the global trade like the sword of Damocles, the Chinese PM warned the U.S. against the negative outcomes of a trade war for U.S. companies

"We don't want to see any trade war breaking out between the two countries. That wouldn't make our trade fairer," Li told reporters at a press conference to wrap up China's annual parliamentary session.

"No matter what bumps the China-U.S. relationship may run into, we hope this relationship will continue to move forward in a positive direction."

China and the United States are currently discussing arrangements for a summit between President Donald Trump and his counterpart Xi Jinping that could help ease tensions stoked by Trump's fiery election-campaign rhetoric.

Trump threatened to upend decades of multilateralism and raised fears of a trade war with China while on the campaign trail.

After his election victory, he angered Beijing with a protocol-busting telephone conversation with the president of self-ruled Taiwan, which China claims as its own.

Trump and Xi subsequently smoothed over the dispute last month in a phone call in which the U.S. leader reiterated Washington's adherence to the "one China" policy that nominally endorses Beijing's claim to Taiwan.

In the wake of the Xi-Trump conversation, Li said he saw "bright prospects" for bilateral relations.

"I believe whatever differences we have, we can still sit down and talk to each other and work together to find solutions," he said.

Li's parliament-ending press conference is the only time each year that foreign journalists are allowed to put questions to a member of China's elite leadership inner circle, though they are pre-approved. Li is second only to Xi in the Communist Party hierarchy.

Li cited a report which he said indicated that if a trade war occurred, "foreign-invested companies, in particular U.S. firms, would bear the brunt of it."
RELATED TOPICS