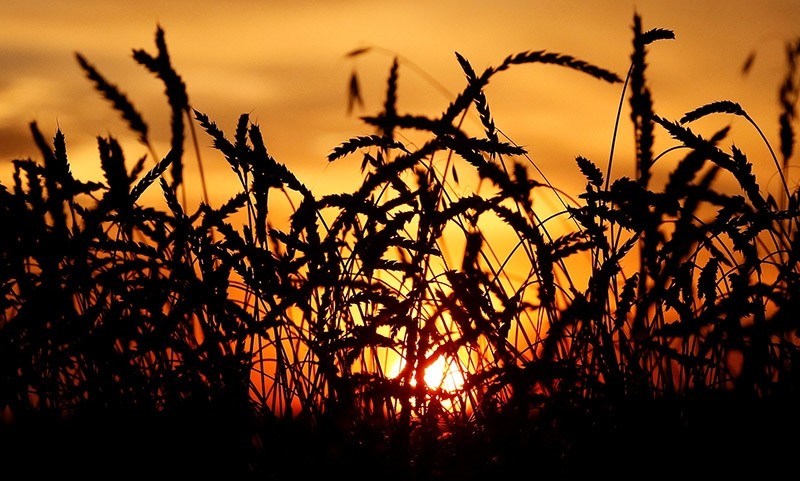 Ears of wheat are seen during sunset in a field of the Solgonskoye farming company in the village of Solgon, southwest of Krasnoyarsk, Sept. 6, 2014. (Reuters Photo)
by Daily Sabah Mar 17, 2017 12:00 am

Early Friday, news broke claiming that Turkey has been levying a 130 percent tax on certain products, including wheat, corn, and sunflower oil, restricting the importing of these products from Russia.

Dismissing these allegations, the Economy Ministry released a statement claiming that the said news "did not bear any truth" and that Turkey's trade policy is set in accordance with rules introduced by the World Trade Organization (WTO).

Meanwhile, in response to the aforementioned claims, Kremlin press spokesman Dmitriy Peskov said in a statement that a possible decision to end the duty-free regime will not affect the normalization process between the two countries.

Moreover, Peskov stated that Turkey is making an indictment on the allegation that the duty-free regime has been finalized in the importation of Russian cereal products. If such a decision is taken, the normalization process between the two countries will not be affected.

Russian Deputy Minister for Economic Development Aleksey Grudzev said, "With regards to the issue we are consulting with the official authorities and private sector representatives," indicating that they would like to meet Turkish authorities.

Alexei Alekseenko, deputy head of Russia's Federal Service of Veterinary and Phytosanitary Surveillance (Rosselkhoznador) stated that Russia has not received any preliminary briefing on the said allegations from Turkey and confirmed that the relevant authorities are discussing the matter, in a statement he made to Russian news agency RIA Novosti.

According to the allegation, which has not been confirmed by the official authorities yet, Turkey has levied a 130 percent tax on certain products, including wheat, corn, and sunflower oil and thus started to restrict the import of these products from Russia.

Russian press also said that the National Association of Agricultural Produce in Russia sent a letter to the Russian Minister of Agriculture Alexander Tkachev and requested a solution to Turkey's decision.