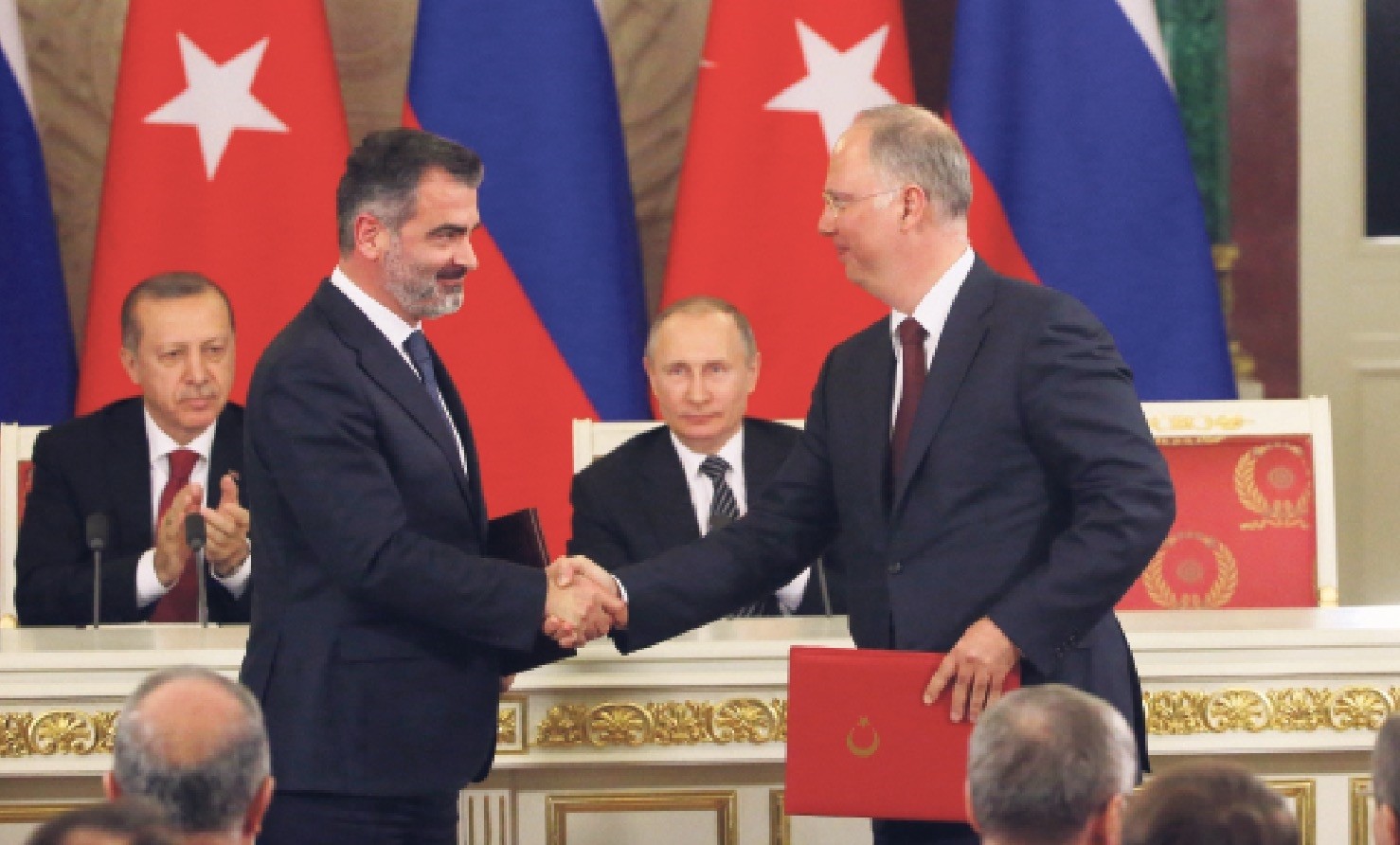 Last Friday, Turkey and Russia signed agreement on the establishment of a joint investment fund. Turkeyu2019s Sovereign Wealth Fund Chairman Bostan also announced that other agreements are on the agenda as the fund attracts international interest.
by Daily Sabah with AA Mar 17, 2017 12:00 am

Drawing an example from the recently signed agreement between the Turkish SWF and the Russian Direct Investment Fund, Turkish SWF Chair Mehmet Bostan said other agreements were also on agenda

Turkey's Sovereign Wealth Fund (SWF) Chairman and General Manager Mehmet Bostan has revealed that the SWF and Russia plan to sign two or three agreements in the upcoming period. Bostan recalled the Memorandum of Understanding (MoU), signed between the SWF and Russian Direct Investment Fund last Friday, on the establishing a joint investment wealth fund that aims to reach $1 billion. Speaking at the Istanbul TALKS Islamic Finance Summit organized by Sipahiler Events at the Consulate General of the United Kingdom, sponsored by the Participation Banks Association of Turkey (TKBB), Bostan noted that one of their motivations behind the establishment of the SWF was to support the Islamic finance, adding that, as Turkey attracts a great deal of attention, on its way to a referendum, this interest can turn into business very quickly, despite being in a transitional period. Recalling that recent agreement with Russia, Bostan noted that two or three more deals were on the agenda and that it was a priority for them to turn this into a concrete cooperation. Bostan pointed out that the most fundamental problem Turkey's financial system was the excessive dominance of banks in the structure.

"Of course, this is not the banks' fault. The initiative of capital over the years, the level of savings in Turkey and many other reasons led to this and later, did not allow alternative markets to develop," Bostan said. "We think that, fundamentally, both Islamic financing and capital market could not find a wide playground in this sense."

Bostan suggested that given the composition of assets transferred to the SWF, they were very attractive in terms of capital markets.

Stressing on the fact that there is a huge potential for Islamic finance, simply because of the properties and the possibilities they have to offer interest-free products, Bostan said, "We are currently working on them, even though, we are not experts in Islamic finance, at this moment. But, we have discussed with stakeholders and we will work with them on this issue. We think Turkey has a tremendous potential in Islamic financing."

Underlining the fact that even though it might seem as if Islamic finance products were only of interest to people who are sensitive about interest, which is not, Bostan said, "If its utilities and values are revealed, the situation will be better understood," revealing that interest-free pension products were actually showing a better performance.

Likewise, Turkey has a great potential for the sector and with right communication it can be realized. Turkey has an accumulation in the banking sector, but it is somewhat weak in terms of Islamic finance in the capital market, the SWF chair said.

'Brexit is actually a great opportunity for Istanbul'

"I think Brexit is actually a great opportunity for Istanbul. London is now carrying the banner for Islamic financing in the world. In this sense, I think Istanbul can create a bridge of cooperation, on this side of the world," Bostan said.

Replying to a question on how the SWF will ensure companies, within its scopes, perform better than they used to, Bostan said they have various management models and they will adopt the suitable ones.

Recalling that the transferred assets were their own legal entities, he underlined that the SWF will work on the kind of policies that should be followed, in terms of realizing the opportunities and utilizing them, by setting strategic points and measuring performance, without much involvement. It will employ a performance system that has never been used in public before, he added. "We are one of the largest startups in the world," Bostan said, highlighting that they not only aim to transfer assets to the fund, but they want to create new value as well.
RELATED TOPICS