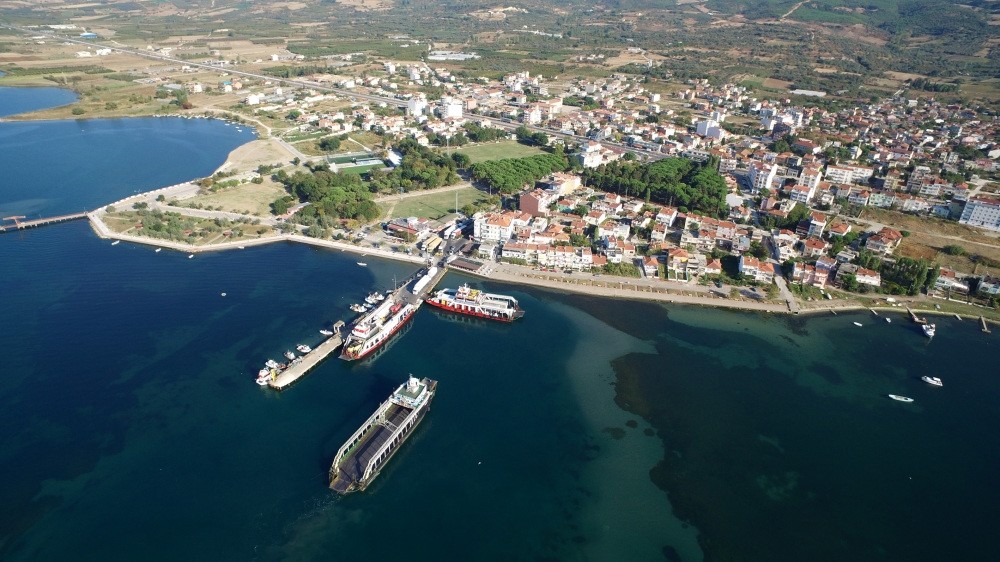 The Canakkale 1915 bridge, named in memory of the country's historic victory in the region during WWI, will span over 2,000 meters between Lapseki and Gelibolu (Gallipoli) in northwestern Turkey.
by Seda Tabak Mar 18, 2017 12:00 am

Following the signing ceremony for the Çanakkale 1915 Bridge on Thursday in Ankara, which will see Turkish and South Korean firms work together, Middle East, Korean, European and Turkish companies eye financing the multi-billion-dollar project

In a move that shows confidence in the future of Turkey, which is proceeding full speed ahead despite the recent negative turn of events since July 15 last year, banks are seeking to provide financing resources for the country's mega infrastructure projects. Moreover, 12 banks have made an offer for the financing of the Çanakkale 1915 Bridge, which will connect Asia and Europe for the fourth time, for an investment of around TL 10.35 billion ($2.80 billion), the groundbreaking ceremony for which is scheduled to be held on Saturday.

Five Turkish banks in the race

'We want to join Kanal Istanbul'

Furthermore, South Korean Minister of Land, Infrastructure and Transport Kang Ho-in said they want to cooperate with Turkey in other countries. "Our partners could do projects like this around the world," said Jason Jaehyun Ahn, president of SK E&C, another South Korean company involved in the bridge. Moreover, Yoon Tae Seob, senior executive vice president of Daelim Industrial -- another South Korean company involved in the construction of the Çanakkale Bridge -- said they want to join the Kanal Istanbul mega project. Also, Ebru Özdemir, chairwoman of Limak Investment, which is an arm of the Limak Group Companies, said the goal is to complete the bridge before 2023. Başar Arıoğlu, Chairman of the board of Yapı Merkezi, said the bridge would be an engineering wonder.

A 60 minute-distance to be traveled in 3 minutes

The contract for the construction of the bridge, including the Malkara-Çanakkale highway, was signed in a ceremony with the participation of Minister Arslan and Kang. Minister Arslan noted that the contract terms are very ambitious given that the winning consortium committed to 16 years, including a construction period of five and a half years. After 16 years, the operation rights of the bridge will be transferred to the General Directorate of Highways. Highlighting that it currently takes one hour to pass to the Anatolian side, including the period spent waiting for the ferry, Arsland said this duration will take three to four minutes once the bridge is operational. The bridge will be the longest suspension bridge in the world and will be constructed with a build-operate-transfer model. The bridge is planned to operate in 2023 and the tolls are predicted to be around 15 euros, excluding value added tax (VAT).
Last Update: Mar 18, 2017 10:28 am
RELATED TOPICS