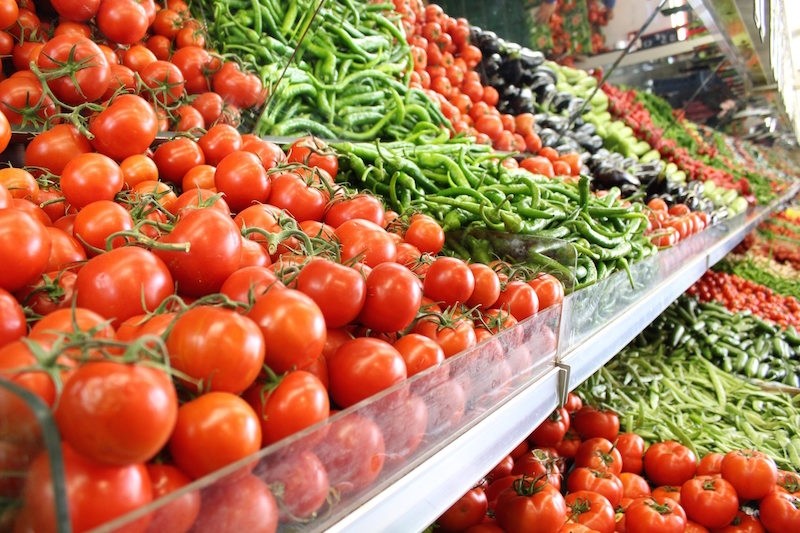 Deputy Prime Minister Mehmet Şimşek said that Turkey is to reduce food inflation and that the Food Committee has begun to take steps to work on the rising cost of fruits.

"We have identified the areas of basic intervention and will soon have serious support for producer associations, as well as logistical support to take radical steps on issues such as the way standards are reflected in legislation," Şimşek stated.

Şimşek also told Anadolu Agency that the high rate of food inflation and the extreme volatility in food prices affected the overall inflation outlook and predictability.

Şimşek emphasized that it is important not only for the inflation outlook, but also for the long term strategic position of the food sector that the government gives priority to this issue, and that the rights of both consumers and producers must be protected in order to overcome obstacles to the supply and price formation in the food market.

The Food and Agricultural Market Monitoring and Evaluation Committee carried out work in this framework, Şimşek said, "The Central Bank's secretariat committee is to develop measures to promote price stability and predictability in the foreseeable future by closely monitoring the effects of current regulations on agricultural production and the taxation and incentive systems on price formation as well as food and agricultural product production, supply chain and foreign trade developments."

Şimşek said that the committee had taken many precautions and that it had started to work to reduce food inflation.

Şimşek pointed out that exporting products such as tomatoes, peppers, cucumbers, eggplant and pumpkins, which grow in the summer and in greenhouses in the winter were affected by the unexpected effects of seasonal conditions, which deepens he supply and price fluctuations. The Committee is working intensively on mechanisms that would limit these effects.

The deputy prime minister and the Ministry of Commerce have established an action plan for strengthening the unions of producers and have carried out pilot studies.

"With the strengthening of producer associations, producers will be less dependent on intermediaries in logistics operations, and access to finance will be strengthened, while the capacity to market their products will increase," Simsek said.

Şimşek stated that producers would create an effective control mechanism to reduce the rate of shrinkage in the unprocessed food supply chain, especially fresh fruits and vegetables, reaching 40-50 percent.

"The Committee decided to create incentive packages for transporting fresh fruits and vegetables with refrigerated vehicles and for sorting the products in the field and shipping them after proper packaging," Şimşek said, adding, "We have gained a lot from the work of the Food Committee so far…now we are moving toward the implementation phase of the decisions made. "