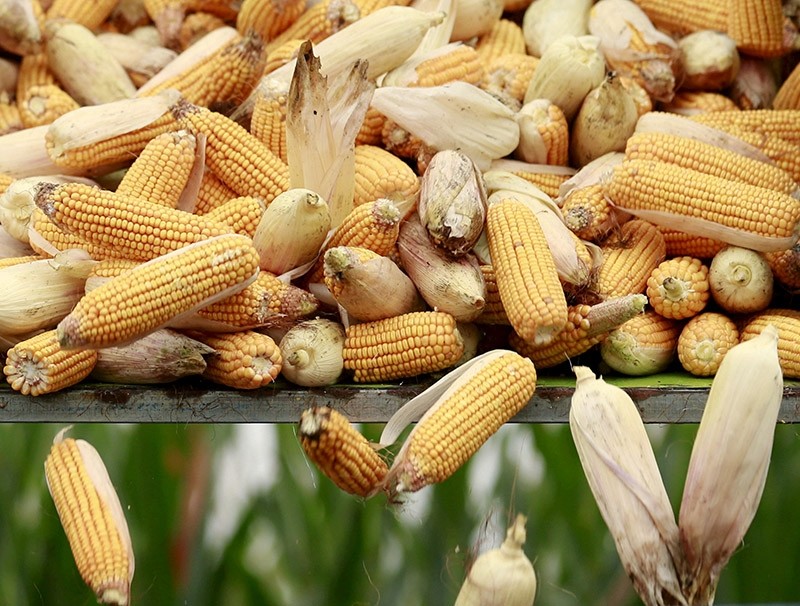 The Latin American nation imports billions of dollars' worth of the yellow grain from the United States to feed its livestock.

But with Trump pushing to shake up the countries' trade ties, Mexico is now threatening to buy from elsewhere.

That is worrying corn growers in some of the very same U.S. states that voted heavily in favor of Trump: Iowa, North Dakota, Kansas, Missouri and Nebraska.

Trump has vowed to restrict free trade with Mexico in order to protect U.S. jobs and industry.

But with Mexico gearing up for a potential trade battle, the effect could be the opposite -- at least when it comes to corn.

"They are concerned about maintaining excellent relationships with long standing customers that they've built over generations."

The U.S. grain is cheaper than those countries' corn at $198 a ton, says Juan Carlos Anaya, head of the Agricultural Markets Consulting Group, a Mexican research firm.

Buying corn from other countries would drive up the price of certain products in Mexico, he warned.

But Mexico needs alternative sources of corn to gain leverage in trade negotiations.

Trump has vowed to renegotiate the North American Free Trade Agreement (NAFTA) with Mexico and Canada.

He wants new conditions that will help shift manufacturing jobs back to the United States and boost US production and exports.

Talks are expected to start this year.

"We do not know what the United States will propose," said Calzada.

"We have to act first to be sure that when we arrive at that negotiating table we are starting from a position of total strength."

One leftist opposition senator, Armando Rios Piter, has launched a legislative proposal to buy corn from Brazil and Argentina.

U.S. "corn producers may have been fooled by Donald Trump when he said that Mexico was the only one benefiting from NAFTA," Rios told AFP.

"Now that they see what is at stake, they will have to change their minds."

Corn is Mexico's fourth-biggest import from the United States, after gasoline, diesel and natural gas.

Mexico imported $2.32 billion worth of corn in 2016 -- 10 percent more than the previous year, according to Mexican government figures.

By comparison, it imported just $17.7 million of corn from Argentina and $10 million from Brazil.

Sleight said producers in five big corn-exporting U.S. states have been lobbying lawmakers in Washington to stress how important NAFTA is for their business.

On January 23, agriculture industry leaders wrote to Trump saying that U.S. food exports had quadrupled since NAFTA came into force in 1994.

"The sector in the U.S. is struggling under the weight of low prices, reduced land values and rising interest rates, meaning farm profitability has declined", said analysis firm BMI Research.

"U.S. farmers would suffer considerably from trade disruption with Mexico."