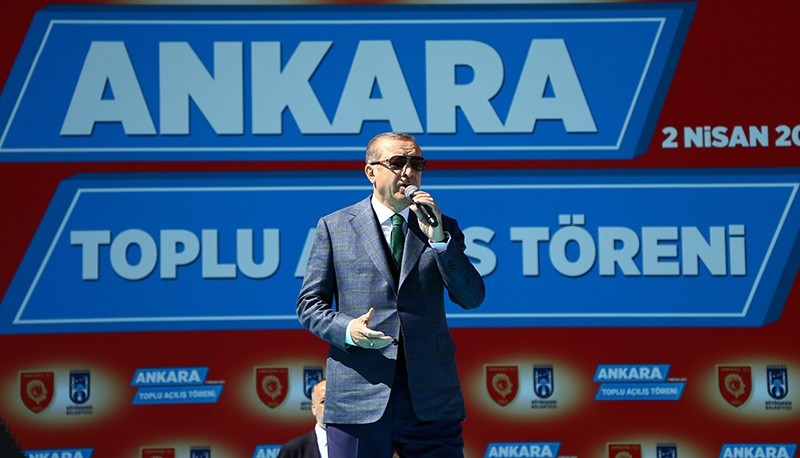 Turkey's economy grew by 2.9 percent in 2016 despite negative forecasts by credit rating agencies and a series of incidents, President Recep Tayyip Erdoğan said on Sunday.

Speaking at a grand opening ceremony of 193 projects in the capital, Erdoğan said that even though some may look down upon Turkey's economic growth rate, it is significant compared to others.

"The average economic growth rate of the European Union is 1.5 in the same period," Erdoğan said, adding that this figure is 1.7 percent in average in OECD countries.

He noted that credit rating agencies' forecast was one percent lower, but Turkish economy has proved them wrong.

Turkey's gross domestic product (GDP) growth rate came in above the latest expectations at 2.9 percent in 2016, while per capita income was $10,807, according to data released by the Turkish Statistical Institute (Turkstat) last week.