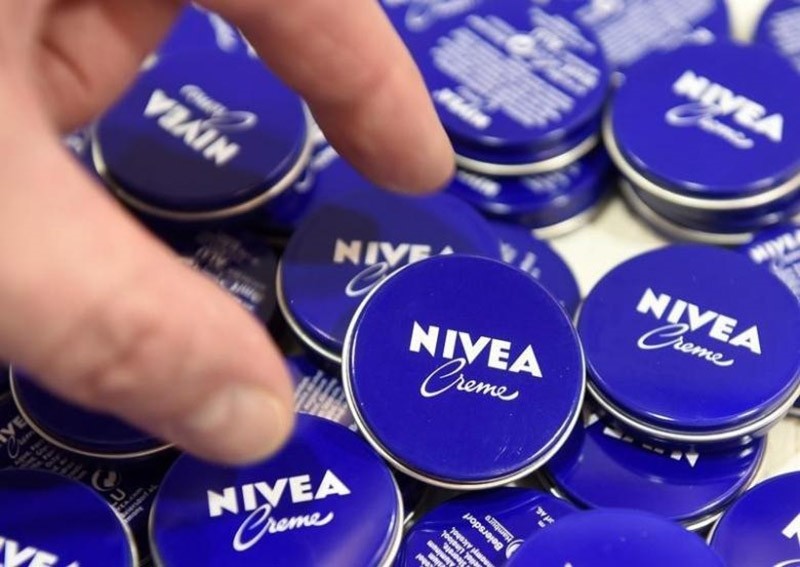 A shareholder of German care cosmetic company Beiersdorf, picks up a Nivea tin before the start of the shareholder meeting in Hamburg, March 31, 2016. (Reuters Photo)
by Daily Sabah Apr 06, 2017 12:00 am

German skin-care brand Nivea has got under fire over claims of racial insensitivity after a new advertisement with the slogan "white is purity" was posted on its official Facebook page.

The company decided to remove the post, which stayed on Facebook only for two days, after it drew negative reactions on social media.

The ad, which promoted Nivea's Black & White Invisible Deodorant, was shared with the caption "Keep it clean, keep bright. Don't let anything ruin it, #Invisible."

After deleting the controversial ad, the company also posted an official apology on its Facebook page, saying it was "not meant to be racially insensitive."

"We sincerely apologize," the statement said, adding that diversity, tolerance and equal opportunity were fundamental values of Nivea.

A representative of Beiersdorf, the company that owns the Nivea brand, also stated that the ad was planned to be used as part of the brand's Middle East campaign.

The representative explained that the color choice of white and black for the promotion of the deodorant product was deliberately taken, as they were linked to both strength and purity.

"We never intended to hurt anybody or to raise any wrong interpretation," the representative said.

This was not the first time Nivea got into trouble for featuring racist ads.

An ad showing a black man holding the head of another man with an Afro was shortly used in the company's 2011 campaign, and later removed due to backlash.

However these images were also resurrected this week on social media following the "white is purity" uproar.