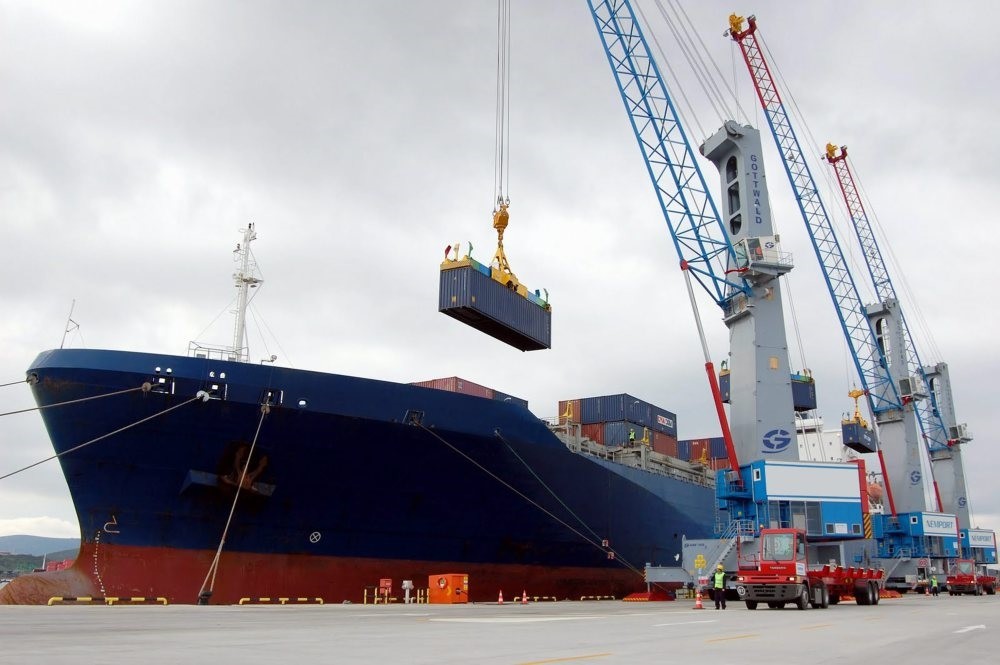 The expansion of the Customs Union Agreement is planned to include agricultural, food, and service sectors, of which Turkey is not currently a party.
by Daily Sabah with AA Apr 13, 2017 12:00 am

As both Turkey and the EU want to deepen economic ties, the two sides are working on the expansion of the Customs Union through updated initiatives. The update, when effective, is expected to increase the trade volume between Turkey and the EU by 50 percent over the next 10 years

Economy Minister Nihat Zeybekci announced yesterday that Turkey aims to complete the technical framework for the update of the Customs Union Agreement by the end of the year, complete the other parts in 2018 and put it into force in early 2019.

According to the minister, the European Commission (EC) offered its work on the impact analysis of the update of the Customs Unions Agreement to the CoE and Turkey offered its impact analysis to the government. The EP is discussing the issue and the Grand National Assembly of Turkey's (TBMM) Industry and Trade Commission will make its final decision on the issue on May 4-5.

Zeybekci said when the Customs Union Agreement entered into force, there were rising criticisms that the agreement would have a negative impact on the country's economy, but on the contrary, it made a positive contribution to the economy.

Noting that the technical work for the Customs Union agreement has started, Zeybekci said that the most important work was the impact analysis work. According to the minister, the EU and Turkey have impact analyses done by different independent organizations to see what the results will be for both parties if the Customs Union Agreement is updated.

Underlining that results proved to be positive for both parties, Zeybekci said if the agreement is updated, it will positively affect the EU's growth, exports and total national income. This will also have a positive impact on Turkey, which has a foreign trade volume of $160 billion with the EU at the moment. The impact analyses revealed that when the Customs Union Agreement is updated and implemented, it is expected that this trade volume will reach $200 billion in the next one-and-a-half years and $300 billion in the next five years.

Referring to the fact that Turkey does not have the right to intervene in decision-making mechanisms and it was obliged to be unilaterally subject to the free trade agreements, which the EU would sign with third countries, in accordance with the Customs Union Agreement, Zeybekci stated, "While they obtain all the rights that Turkey has obtained from the EU, we cannot claim the same rights from them. They do not even meet with us and answer to us. We signed such an agreement that, that country automatically got all the rights of admission from us. Despite this, we made the best of this agreement."

Zeybekci voiced his belief that political tension with some EU countries did not adversely affect the process, saying, "You cannot see anything negative about Turkey. There were negative developments that were created by media outlets in some countries, and unfortunately, we have seen that they influenced the political arena." He also stated that although the European Parliament (EP) approached the issue in an aggressive way, the Council of Europe (CoE) did not raise negativities.

Customs Union agreement with the EU came into force in 1995 but does not include agriculture, services and public procurement sectors, have gained momentum recently. Both Turkey and the EU seek to expand the scope of the agreement, which will positively affect mutual trade relations in the above-mentioned sectors.

The free trade agreements that the EU will sign with third parties will also include Turkey. As the scope of the current Customs Union agreement is rather narrow, many products cannot be sold to EU countries. The negotiations, which will last for about two years, are planned to be finalized at the end of December 2018. The new agreement aims to increase the trade volume between Turkey and the EU by 50 percent over the next 10 years.
RELATED TOPICS