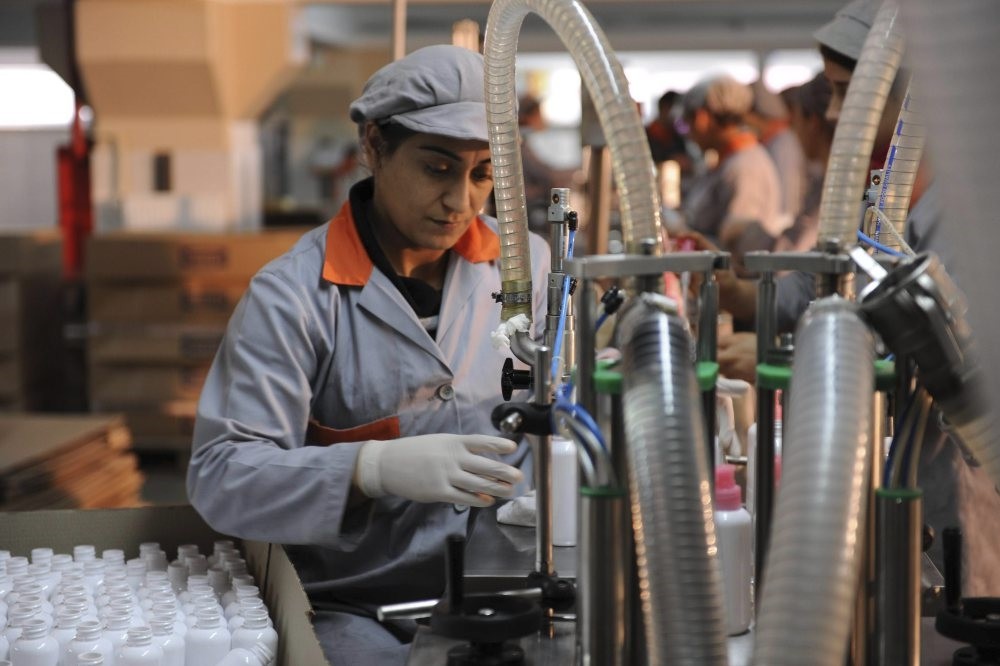 Looking ahead, the Turkish business world is hopeful about the post-referendum period as they expect extensive economic reforms to give a boost to the country's economy.
by Daily Sabah with AA Apr 19, 2017 12:00 am

In the aftermath of the referendum in which the Turkish people voted for constitutional reform, prominent names from the Turkish business world from various sectors such as energy, construction, real estate, textile and manufacturing, called for focus on the necessary economic policies to revive and drive the economy

Leading figures in the business world have indicated that the economy should be the focus after the conclusion of the referendum. Nihat Özdemir, the chairman of Limak Holding, a conglomerate operating in construction, energy and infrastructure, told Anadolu Agency (AA) that Turkey has completed the referendum process regarding the constitutional amendments, saying that the presidential government system has been accepted as the new governance system. Özdemir, who hopes the referendum result will be beneficial to the country, stressed that given the participation rate, Turkish democracy has come away from the campaign with more strength and that the winners are the 80 million Turkish citizens.

Expressing his belief that there are "beautiful days ahead" for Turkey, Özdemir said, "From now on, the agenda of the country must turn to the economy, without wasting any time. We must take steps toward production and employment as soon as possible." He also added that the country has to reach the 2023 targets.

A company in textile, manufacture, cement and energy, Sanko Holding Honorary President Abdulkadir Konukoğlu also expressed his wish for the outcome of the referendum to be beneficial and auspicious, saying: "I think that the right decision has hopefully been made. With the outcome of 'yes,' the coalitions have been prevented in Turkey. In this way, industrialists can see the future more clearly." Stressing that it is now time to focus on the economy, Konukoğlu said, "We are industrialists. We must spend our energy on our business, investment, production and exports. We think the new system will provide a suitable ground for this. We have no hesitation in this. Turkey's future is clear."

'New reforms as soon as possible'

Tarkan Kadooğlu, Chariman of Kadooğlu Holding, a group of companies operating in fuel distribution, real estate, trade and food sectors, said, "We gave a democracy lesson to the whole world." Kadooğlu noted that the business world previously found it hard to predict the future, particularly in the post-July 15 coup attempt period and before the referendum. "But these are all behind us. It is now time for us to focus on freedom, democracy and economy by emerging from the political polarization of the past election periods," Kadooğlu said. "We must use this process as a country to make our economy and our democracy stronger. We must restore inner peace and tranquility."

Kadooğlu said business people in Turkey will compensate the lost time quickly and will close the gap, suggesting that new reforms should be made as soon as possible. Highlighting that one of Turkey's biggest problems is the slow-running wheel of bureaucracy, Kadooğlu noted that the business world expects the bureaucracy to become more active and decisive together with the presidential governmental system.

According to Kadooğlu, the fact that the elections are to be held every five years is important for the business world because the issue of whether or not the government is established each time will come to an end. "Because we can make a projection for the next five years, we do not have to consume our energy with projections made every six months or every two years. Therefore, we will be saved from putting up with uncertainties in the new system."

Pointing out that Turkey needs a far more comprehensive civil constitution, Kadooğlu said, "The infrastructure must also be prepared. It was only an 18-item issue. The regime has changed, but of course there is a new civil constitutional expectation with the broad consensus of politicians, the business world, academics and opinion leaders about the new constitution with this new regime."

Kibar Holding Chairman Ali Kibar said he believes that Turkey will maintain its growth in every area in even stronger unity and solidarity. "As the representatives of the business world, we are very pleased to see the continuity of the works that will increase Turkey's power."

Regarding the results of the April 16 referendum, Demir Group Chairman Hamit Demir said that Turkey's new system of governance will be a "great opportunity for the housing sector."

"With the power of the presidential system backing us, we should best represent the glorious flag of our country, not only on the roofs of our projects in Turkey, but also in the capitals around Europe."

Underlining that good days were ahead for Turkey, Demir said he hopes that Turkey will become a country with more say in its domestic and foreign policies.

Claiming that the country has left a wearisome election marathon behind, he said, Turkey has once again confirmed that it prefers stability. "The presidential system will accelerate the legislative and executive processes. We will now see a Turkey that rears up in each and every field," said Demir.