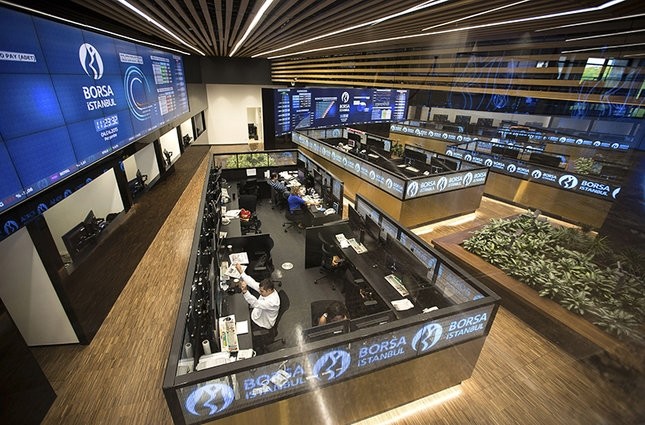 A senior Islamic Development Bank official announced that the bank is considering to buy at least a 10 percent stake in Turkey's benchmark stock market BİST. The chairman of the BİST confirmed the news but said the purchase might actually be lower than reported

The Saudi-based Islamic Development Bank (IDB) plans to take at least a 10 percent stake in Turkey's state-run stock exchange as the multilateral lender ramps up activities in the country, a senior official of the bank told Reuters.

Equity investments are rare for the AAA-rated IDB, which focuses primarily on extending trade financing and grants across its 57 member countries, but Turkey is seen as a key market to expand the reach of Islamic finance.

"The larger picture is IDB's cooperation with Turkey, this is only one engagement. We want to help develop Turkey as a global Islamic financial center," Elwaer told Reuters late Tuesday.

IDB and Borsa Istanbul signed a cooperation agreement in November, with discussions currently ongoing to decide on a specific size and time frame for the stake, he added.

Borsa was created in 2013 after the merger of the Istanbul Stock Exchange, Gold Exchange and Derivatives Exchange, ahead of plans for an initial public offering.

The proposed stake follows an increase in IDB activity after it opened a dedicated office in Ankara, with Turkey now the fourth-largest recipient of IDB financing.

The IDB has approved over $10 billion in financing to Turkey since 1977, with around a third arriving in the past two years.

"Hopefully we can replicate this across other member countries," said Elwaer.

The IDB has also listed its Islamic bonds (sukuk) in Borsa Istanbul and plans to jointly develop similar tools for infrastructure financing in Turkey, said Elwaer.

A gold trading platform is also in discussion, although the equity stake remains its biggest priority, he added.

Speaking to BloombergHT, Borsa Istanbul Chairman Himmet Karadağ confirmed the plans, saying that the bank's stake will be lower and that 10 percent was a high rate.

Adding that the process will be completed within three months, Karadağ said, "We want the Islamic Development Bank (IDB) to become a partner in the stock exchange. IBD's stake will be lower, 10 percent is a high rate."

Borsa İstanbul A.Ş.'s shares corresponding to 73.6 percent of its capital, owned by the Treasury of the Republic of Turkey, have been transferred to the Türkiye Wealth Fund in a decision taken by the Council of Ministers.

The Islamic Development Bank is an international Islamic financial institution established in accordance with the Articles of Agreement done at the city of Jeddah. The purpose of the bank is to foster the economic development and social progress of member countries and Muslim communities individually as well as jointly in accordance with the principles of Islamic Law.

The functions of the bank are to participate in equity capital and grant loans for productive projects and enterprises besides providing financial assistance to member countries, including Turkey, in other forms for economic and social development. The bank is also required to establish and operate special funds for specific purposes including a fund for assistance to Muslim communities in nonmember countries, in addition to setting up trust funds. The bank is authorized to accept deposits and to mobilize financial resources through Shariah compatible modes. It is also charged with the responsibility of assisting in the promotion of foreign trade especially in capital goods, among member countries, providing technical assistance to member countries and extending training facilities for personnel engaged in development activities in Muslim countries to conform to Shariah.