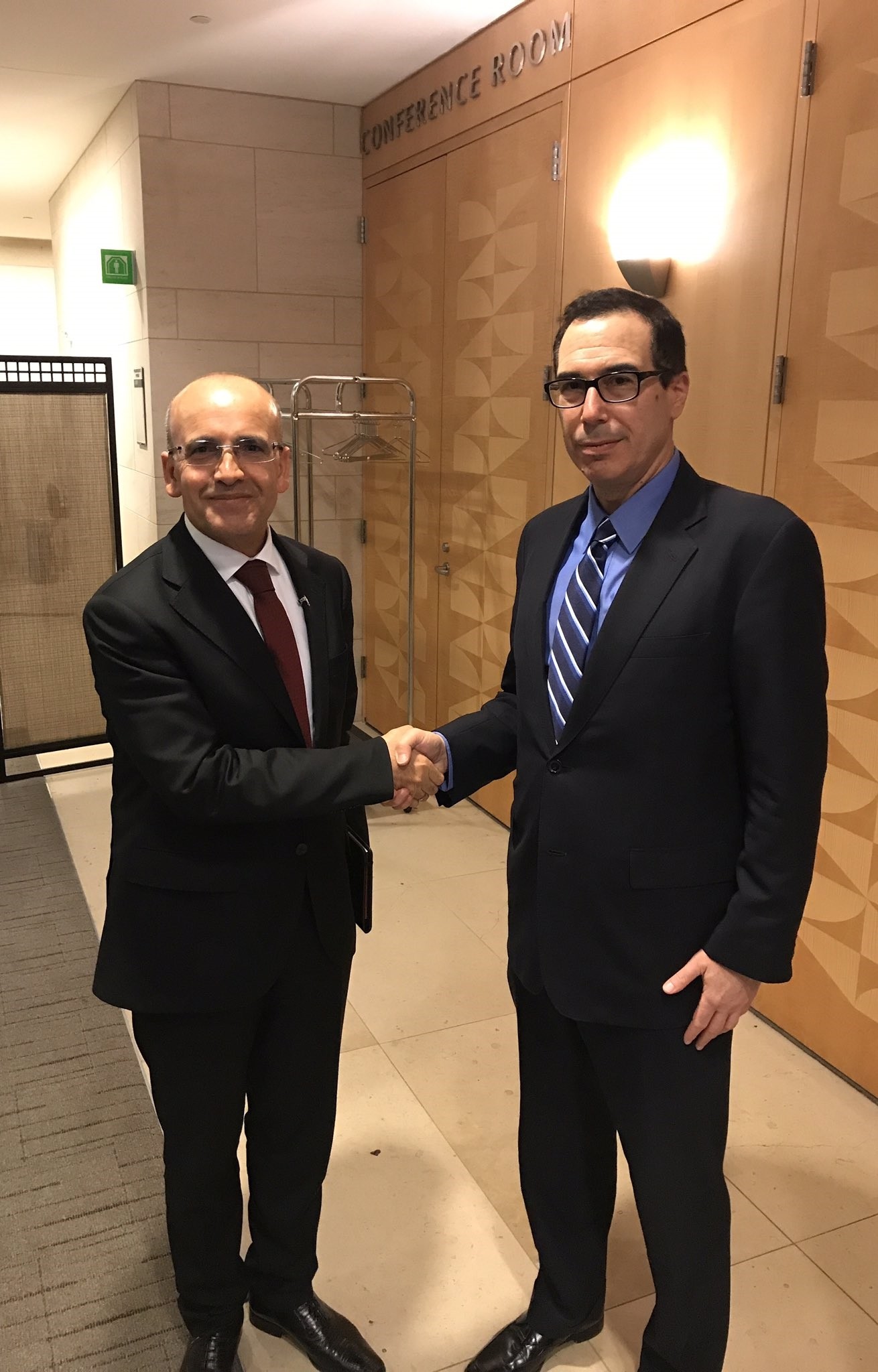 Deputy Prime Minister Mehmet Şimşek met United States Secretary of the Treasury, Steven Mnuchin on Saturday in Washington where the Turkish minister attended a meeting of finance ministers and central bank governors of the Group of 20.

In a tweet he posted on his Twitter account, Şimşek said that he discussed the ways of enhancing bilateral ties and cooperation between Turkey and the U.S. with Mnuchin.

Rising protectionism and anti-globalization sentiment in key economies have created a tense atmosphere at the normally placid and formulaic gathering of G20 finance ministers.

During the meeting, G20 officials generally agreed with the IMF's assessment in its latest economic outlook — that global growth should pick up this year, helped by improving conditions in the U.S. and China, the world's two biggest economies.