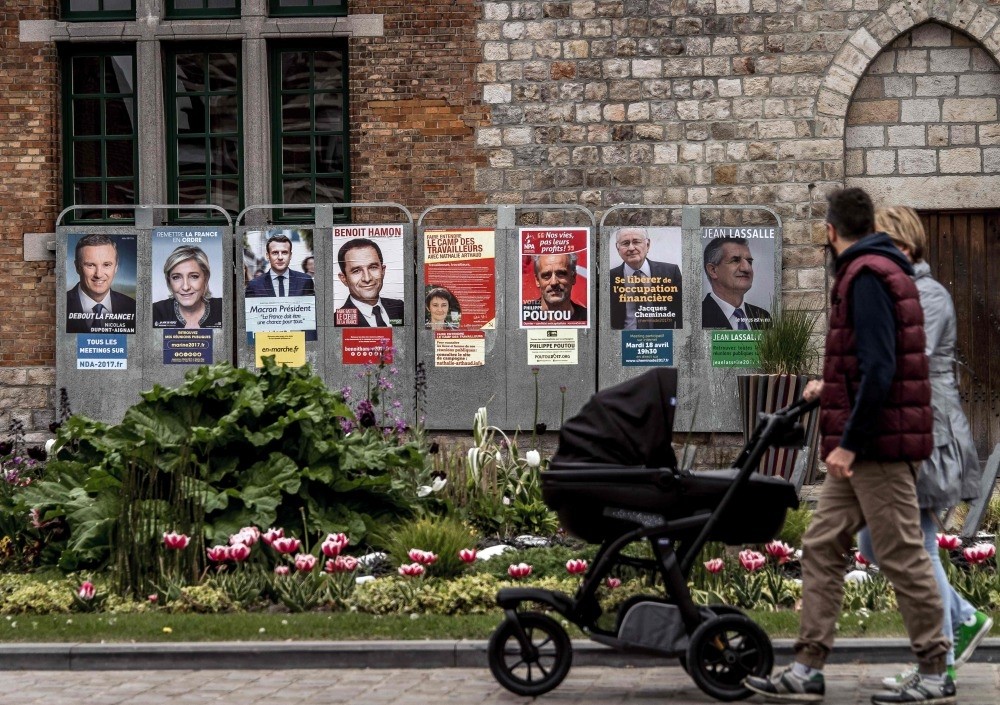 People walking past campaign posters of French presidential election candidates in Bailleul, northern France, two days before the first round of the election.
by reuters Apr 22, 2017 12:00 am

With the oncoming EU meeting on Brexit and the French presidential election, central bankers claim Europe could be about to enter a period of normalization after years of economic turmoil

Europe's political fog may finally start to lift in the coming week, with the French presidential election and the European Union's summit on Brexit strategy putting the bloc on a new path after months of uncertainty.

With growth on its best run in years and sentiment indicators pointing to buoyant consumption, clarity in an election-heavy year could help Europe move past a decade of economic pain. Indeed, cautious optimism from normally reserved central bankers suggests Europe could be nearing a turn towards normalization after years of economic firefighting and improvisation.

The biggest immediate obstacle is the French election and the outlier scenario of far-right candidate Marine Le Pen and far-left contender Jean-Luc Mélenchon squaring off in the second round next month.

"The election of Le Pen or Mélenchon would trigger a period of financial turmoil and economic instability, which might require authorities to step in," Barclays analysts Francois Cabau and Philippe Gudin said in a note.

"We cannot rule out capital outflows taking place immediately after the election, which in an extreme case could require the deployment of some form of capital controls."

Even after last year's shock victories by Donald Trump and the Brexit campaign, however, businesses, consumers and investors seem unconcerned by the possibility of an extremist leader and anticipate that a mainstream candidate will win.

"France seems to be going from strength to strength, obviously dismissing any concerns about the election," IHS Markit chief economist Chris Williamson said after the release of the PMI, which Markit compiles.

"A lot of companies are saying there is a very positive outlook for business once this election is out of the way."

Board member Benoit Coeure, a top lieutenant of ECB President Mario Draghi, has already broken with the bank's long-standing line that economic risks are tilted to the downside, arguing this week that they were broadly balanced.

Discussing a topic that has been largely taboo within the ECB, Coeure also said he saw prospects for policy normalization, an indication that policymakers may soon start to formally discuss a reduction of stimulus.

Such a conversation is unlikely to start at Thursday's meeting and the ECB's ultra-easy stance will be left unchanged. But a nuanced shift in communication is possible, which would reinforce growing investor optimism.

"An interesting feature of the current upswing is that the positive momentum is broadly spread across most euro zone countries and not only driven by a few strong ones," ING economist Carsten Brzeski said.

"Even though on the eve of the first round of the French elections a good portion of caution is recommendable, evidence is piling up that the euro zone economy could become the positive growth surprise of the year."

April 29's EU summit could also aid the healing process, at least setting a direction for divorce talks with Britain and making clear the bloc's priorities.

The 27 EU leaders are likely make it a top goal to protect the rights of 3 million EU citizens living in Britain, also protecting earned pension rights and other rights of any who have already left.

They are also likely to seek cash from London to cover a wide range of existing commitments, ask for a schedule of annual payments, and will want the European Court of Justice to maintain a jurisdiction over certain commitments. Though Britain's own election in June suggests that no real negotiation is likely to happen for months, clarity on the EU's own demands could also aid growth.