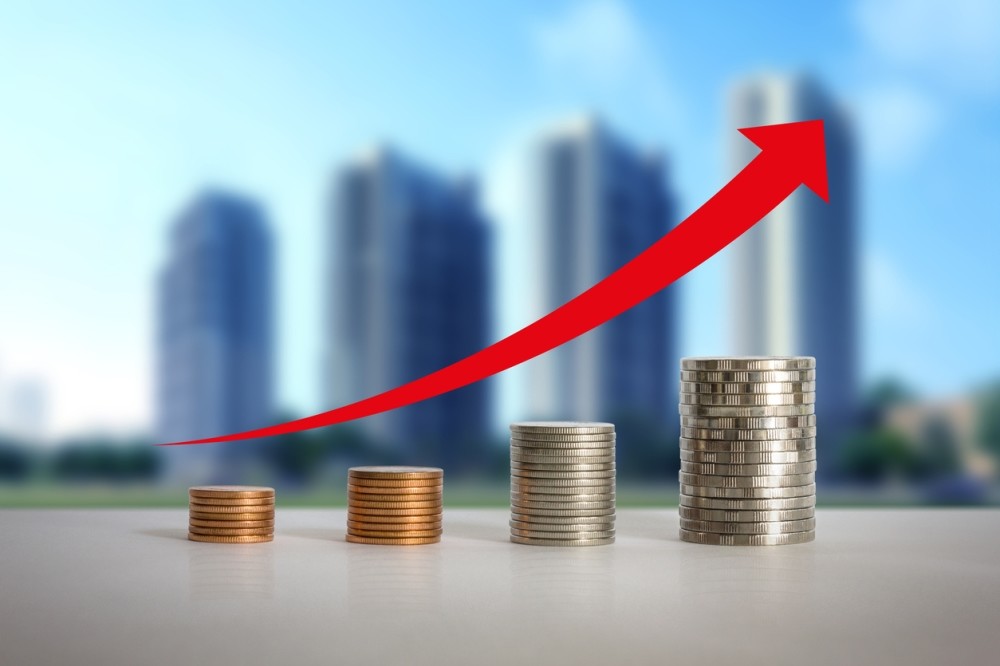 Aiming to diversify financial instruments, Turkey's Sovereign Wealth Fund stroke a deal with IDC and plans to found an Islamic mortgage company.
by Daily Sabah with AA May 04, 2017 12:00 am

In an endeavor to expand its collaborations with international institutions and diversify the capital market instruments, Turkey's Sovereign Wealth Fund struck a deal with the Islamic Corporation on developing an interest-free Islamic system and plans to establish a participatory mortgage company as part of the agreement

Mehmet Bostan, chairman of Turkey's Sovereign Wealth Fund (SWF), said that the Islamic Development Bank has been working on developing "Islamic mortgage" in Turkey with the Islamic Corporation for the Development of the Private Sector (ICD).

"We have signed a framework agreement with ICD. It will be an interest-free instrument. An Islamic mortgage will come to the agenda for the first time. We think that it will attract great demand," Bostan said in a meeting with press members.

The SWF chairman further noted that the fund wants to complete the phases of establishment within three months and put it into service within a year.

He also informed that they are planning to establish a participatory mortgage company within the framework of the agreement and to provide long-term interest-free loans to those who want to be homeowners, adding that there were also derivative instruments here.

Bostan noted that the law has authorized them to carry out any kind of money market or capital market transactions they need, although they have not made any transactions on the market yet.

In response to a question regarding the domestic automotive industry, Bostan said that they want to be in every business that will add value to Turkey.

Pointing out that the SWF will play an important role for the future of Turkey, he said that this economic instrument was established in all major economies of the world to create various investment strategies for the control, management and development of the assets held by the states.

He added that the SWF will play a role in bringing out the real potential of the country and ensuring the prosperity of future generations. He also noted that today there are more than 80 wealth funds in 40-50 countries worldwide and that these funds have seen increasing interest and support in the last 10 years.

The chairman explained that the examples in Asia, apart from the oil and natural-based funds, increased their fund size by 100-200 times thanks to a long and successful portfolio management, while the size of global funds reached $7.5 trillion and some funds, including the pension funds, went up to $12 trillion.

Bostan also noted that they have taken $7.5 trillion as basis and that fund size will reach $15 trillion in 2020 according to estimates, suggesting that the rapid and effective growth of these funds is also interesting in a period when commodity prices are falling.

SWF aims for diversity and depth in capital markets

Bostan underlined that the SWF was founded with the mission of developing Turkey's strategic assets, increasing its value and therefore providing resources for the country's priority investments.

Stressing that the SWF will be one of the important support elements of Turkey's 2023, 2053 and 2071 goals on the economic side, Bostan said, "The SWF has set out with the vision of being one of the most successful asset funds in the world with its corporate governance approach focused on investments to be made for Turkey, performance and transparency."

"We are confident that the Turkey Sovereign Wealth Fund, which will be a crucial part of the realization of Turkey's 2023 goals, will be among the important institutions serving our economy, our society and our future generations for a stronger Turkey," he continued.

Bostan said the SWF will be able to finance Turkey's mega projects, generate real value for the country, and become active in the world in the fields where Turkey has emerged as an active player.

He noted that the SWF was established to optimize important public assets, reveal potential synergies and contribute to economic growth by providing value increase.

"We want to contribute to the diversity and depth of the capital markets," he said.

In response to a question on whether they will open the fund to the public, Bostan said that it was theoretically possible but they would need to work on it more.

"We are talking about an asset worth about $40 billion. Even 10-20 percent of this is a big figure. So, when we look at the assets in it, there will be an investment that every kind of investor will be interested in and will say, 'I will invest my money'," Bostan said.

He said that a number of studies have been conducted on the assets within the scope of the fund and that the diagnostic process will take place in the next couple of years. He added that the SWF will be a place of dynamic portfolio management.

The chairman said that as a result of the valuation study they conducted, they reached a market value of over $40 billion, referring to the asset size of the fund.

"There is an asset size of $200 billion. The market value was above our expectations," he said.

Bostan recalled that wealth funds entered large-scale infrastructure investments in the last 5-6 years with some recently opening offices in Silicon Valley. He added that funds have purchased minority shares of some technology, social media, telecom, biotechnology and energy companies.

The chairman also pointed out that the funds around the world have entered into fields that could produce value in the future and that they will also work in the fields of energy, technology and information.

'Rome was not built in a day'

When asked whether Turkey's SWF can achieve a strategic purchase on a global scale, Bostan said it was possible.

He reminded that they started operating in November and worked on various subjects such as how the SWF and its sub-funds would be managed, how decisions will be taken, how reporting will proceed and what the role of the advisory board will be.

"We are working on our own organization. Most of our rating work has been completed. We are working on different financing options. If we manage this institution and assets in a sound and good manner, we can take steps to give competition power to Turkey in the end," he said. "Significant purchases, mergers and collaborations can be made. During the international talks we hold, we receive strategic collaboration suggestions."

Recalling that a framework agreement was signed between the Russian Direct Investment Fund (RFPI) and the Turkey Sovereign Wealth Fund for the establishment of a $1 billion joint fund, Bostan said they are currently working on the investment areas.

He said that although the fund could invest in a third country, the main objective is to develop an investment project that both countries can benefit from.

"Rome was not built in a day. This is a serious matter. The first 1-2 years are the formation process of the fund's own organization. We also evaluate the potential collaborations along with the formation of the organization," Bostan said, stating that the fund is a big structure that requires diligent work and careful evaluation as well as line-by-line reading for its valuation reports.
RELATED TOPICS