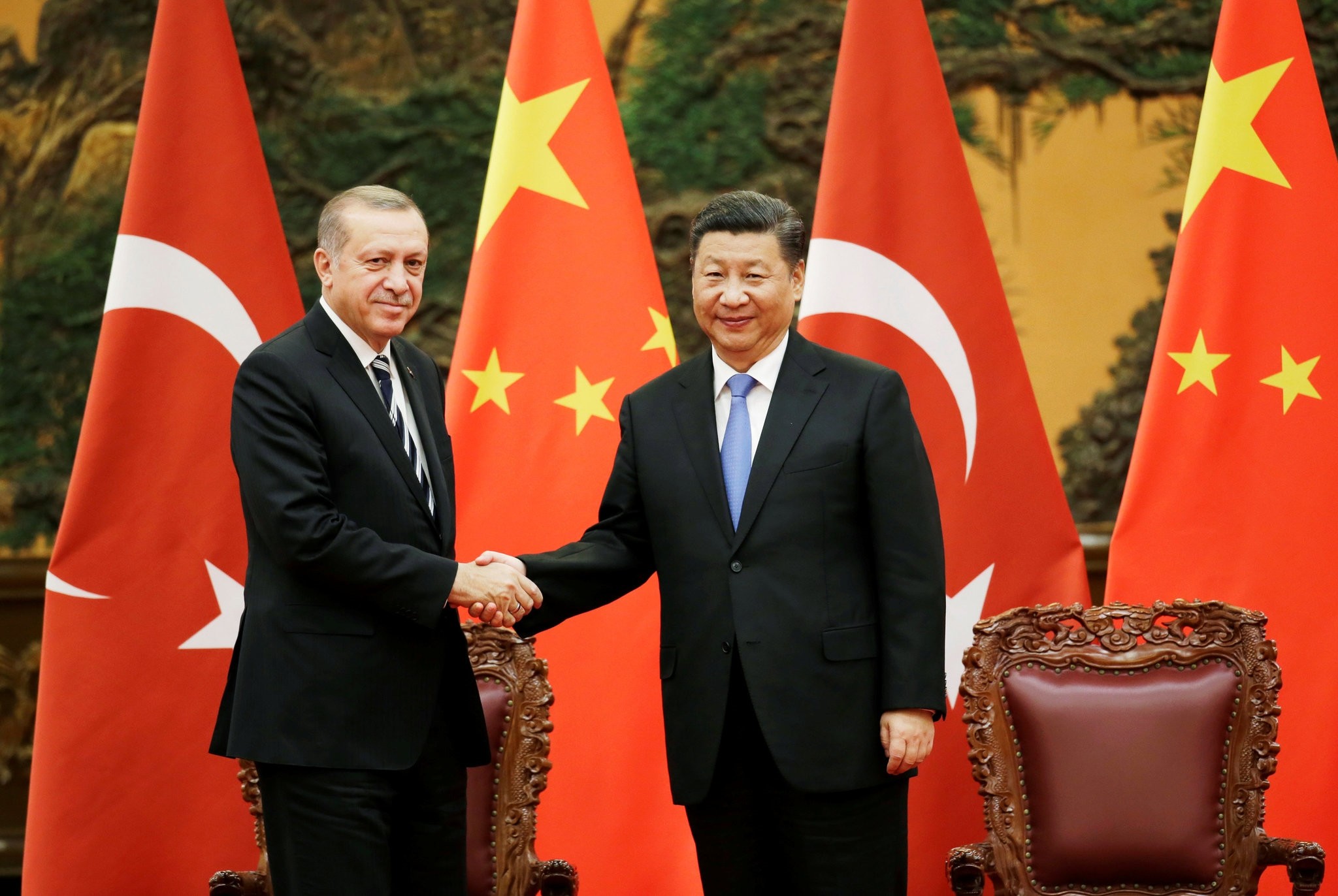 President Erdou011fan and Chinese President Jinping attend a signing ceremony ahead of the Belt and Road Forum in Beijing on Saturday.
by Daily Sabah May 15, 2017 12:00 am

During his speech at the opening ceremony of the Road and Belt Forum, President Erdoğan highlighted the importance of the win-win approach in the New Silk Road project and said as Turkey is ready to provide all kinds of support for the project

President Recep Tayyip Erdoğan attended the opening ceremony of the One Belt One Road International Summit hosted by Chinese President Xi in China's capital Beijing yesterday. In a speech at the opening ceremony, President Erdoğan underlined the importance of the New Silk Road initiative and referred to the importance of adopting a win-win approach for the New Silk Road to bring into action co-financing mechanisms to make developmental moves they all need.

During his speech, Erdoğan indicated he believes that the New Silk Road initiative will seal the future by linking Asia, Europe, Africa and even South Africa. "I believe this collaboration that will benefit everyone will be successful as a model. As Turkey, we are ready to provide all kinds of support in this regard," said President Erdoğan.

Moreover, Erdoğan pointed out that raising infrastructural plans and technical standards in countries on the Belt and Road project route will contribute to development of land, sea and air corridors, especially on an inter-continental scale, indicating that that the success of the project depends on route countries' facilitating trade, co-operating in the customs field, removing tariff barriers and encouraging investments.

He said that adoption of national funds of route countries in line with the Silk Road fund would deepen financial integration of the project and that encouraging intergovernmental cooperation would allow a strong climate of solidarity to bloom in the political arena.

Indicating that the New Silk Road initiative covers more than 60 countries worldwide, an area of 40 million square kilometers and represents 4.5 billion people, Erdoğan said it is crucial for the initiative, which will benefit from bilateral, multilateral and regional co-operation, to be put into practice with win-win understanding.

"It is estimated that fast-developing Asia needs to invest an average of $1.7 trillion annually until 2030 for such issues as growth, the fight against poverty and taking necessary measures against climate change," he said, adding that work at this dimension must be run with a sense of co-operation rather than competition.

Underlining that Turkey is among the founders of the Asian Infrastructure Investment Bank (AIIB) with $2.6 billion in share capital and 2.48 percent of voting rights, Erdoğan said: "Our aim is to bring into action co-financing mechanisms to make developmental movements that we all need."

Stating that economic and trade relations between Asia and Europe had developed and deepened rapidly, Erdoğan noted that the trade volume between Europe and China reached $600 billion and he verified this evaluation.

Indicating that the Silk Road initiative is integrated with the Middle Corridor Project, President Erdoğan said: "We want to act together with China and other route countries in this framework. We are moving on the path of bringing into action the Middle Corridor, which we aim to be one of the main and complementary elements of the Belt and Road, with various projects carried out in our country and in our region.

The president highlighted that promoting inter-governmental cooperation is crucial to strengthen political cooperation, while noting that cooperation in tourism, science, technology and media fields are also important to reach the goals of the initiative.

Underscoring that this co-operation would benefit everyone, "As Turkey, we are ready to give all kinds of support," President Erdoğan said at the end of his speech.

China to provide a financial support of $79 billion

Moreover, speaking at the opening ceremony, China's President Xi promised his country would provide financial support of approximately $79 billion for the Belt and Road initiative. Moreover, he noted that the Asian Infrastructure Investment Bank provided $1.7 billion in credit support to participating countries.

Stating that China will sign trade and economic cooperation treaties with more than 30 countries during the forum, Xi stressed that co-operative projects also include free trade areas and that investments they made in international projects were over $50 billion. Moreover, he said that they had established 56 common economic zones with the related countries.

Indicating that they will add around 100 billion yuan ($14.49 billion) to funds in offshores countries within the framework of the Belt and Road project, Xi said the China Development Bank and Import-Export Bank would also provide a loan of around 380 billion yuan ($55.8 billion) for the project.

In addition, Xi indicated that they would provide aid of 60 billion yuan ($8.7 billion) to the project's developing participating countries and organizations in the next three years.