Russia: Sanctions on Turkey could be lifted in a week 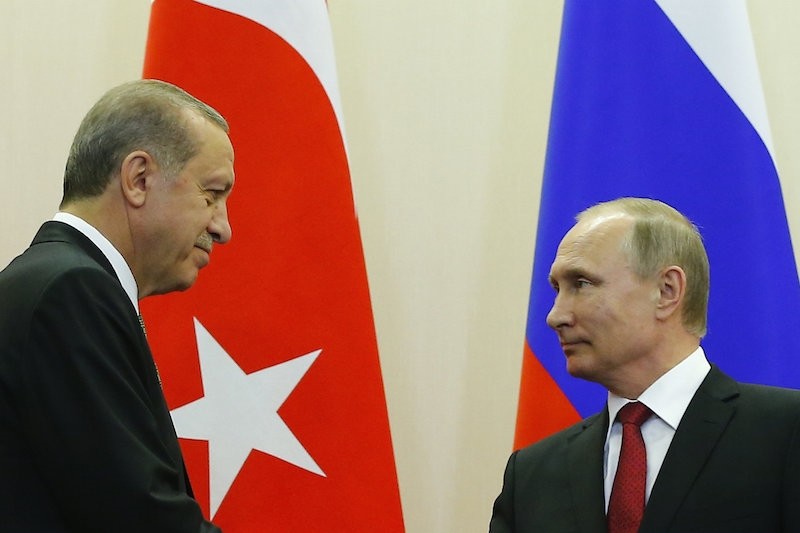 Following President Recep Tayyip Erdoğan's visit to Russia in early May, agreements reached with Russia are bearing fruit as the Russian government is poised to lift sanctions on Turkey.

Russian Deputy Prime Minister Arkady Dvorkovich Wednesday said a series of documents required for lifting sanctions on Turkey will be prepared this week and that the Black Sea Economic Cooperation (BSEC) summit in Istanbul on May 22 could be a milestone in terms of Turkish-Russian relations.

"I think all agreements will be drafted this week. Agreements reached with President Erdoğan are now being put on paper. Nearly 99 percent of the work has been completed. Some formal differences are being studied," Dvorkovich said, according to Russian daily Sputnik's report.

Signing of protocol could mean restrictions are lifted

Noting that the government has nearly completed drafts of the documents in question, Dvorkovich also said that as soon as the protocol is signed, the process of lifting sanctions would begin.

Russian President Vladimir Putin and President Erdoğan agreed to lift nearly all sanctions imposed on Turkish services, products, textiles and the construction sector during their recent meeting in Sochi on May 3.

It was also announced that Russia would continue visa applications to Turkish citizens and restrictions on the purchase of Turkish tomatoes.

According to a report on the website turkrus.com, a decision to "partially remove" the ban on Turkish tomatoes could be made in Moscow by the end of this month.

A previous meeting held on the issue between Dvorkovich and officials from Russia's largest domestic tomato production companies in Moscow was referred to by Russian newspaper Izvestia in the publication "A door opens for Turkish tomatoes in Russia." According to Izvestia, the summit focused on "the conditions under which and how the ban on the Turkish tomato should be removed." It was also reported that Dvorkovich has made preparations in Moscow to solve the sanctions issue with Turkey and will soon submit a report to Russian Prime Minister Dmitry Medvedev.

Izvestia announced that the meeting held within the scope of the normalization of ties between Moscow and Ankara addressed issues including how and under what conditions the general Turkish tomato ban could be mitigated. Izvestia stated that one of the options on the Russian side is to allow the importing of Turkish tomatoes only during the winter season when domestic production cannot meet demand.

BSEC meeting on May 22

Prime Minister Medvedev will chair the Russian delegation at a meeting of heads of state of BSEC countries in Istanbul on May 22. A statement could be issued about the lifting of sanctions during this meeting.