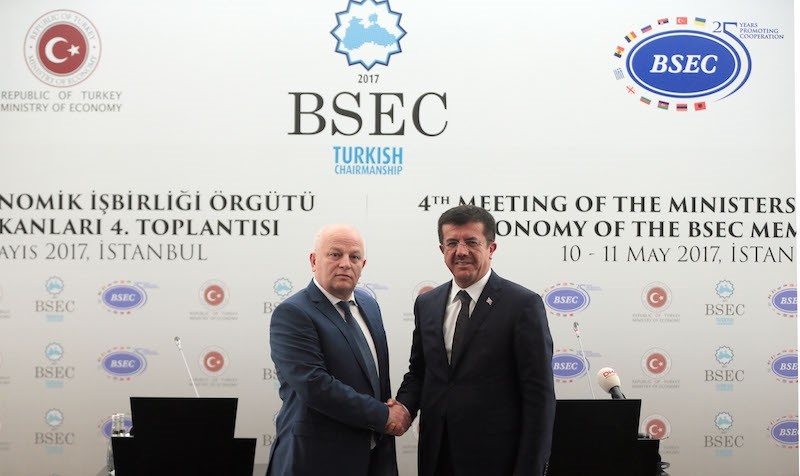 Speaking to journalists at the 25th Anniversary Summit of the Organization of the Black Sea Economic Cooperation (BSEC) in Istanbul, Kubiv noted that trade volume between the two countries has risen by 25 percent compared to this time last year, adding that relations between Turkey and Ukraine developed not only in economically but also politically and among businessmen from both countries.

"Step by step we are headed straight to signing a free trade deal. During the summit I already invited [Turkey's] economy minister to Ukraine, and he accepted my invitation," Ukrainian deputy prime minister said.

Kubiv added that Ukraine, during the country's chairmanship in BSEC, was planning to boost ties in various sectors, including agriculture, the machinery industry, infrastructure, aviation, and information technology.

"These areas will become the driving force behind the economic relations between Ukraine and Turkey," he said.

Kubiv also expressed confidence that the recently approved deal for passport-free travel between the two countries demonstrated openness and transparency and would ultimately boost ties even further.