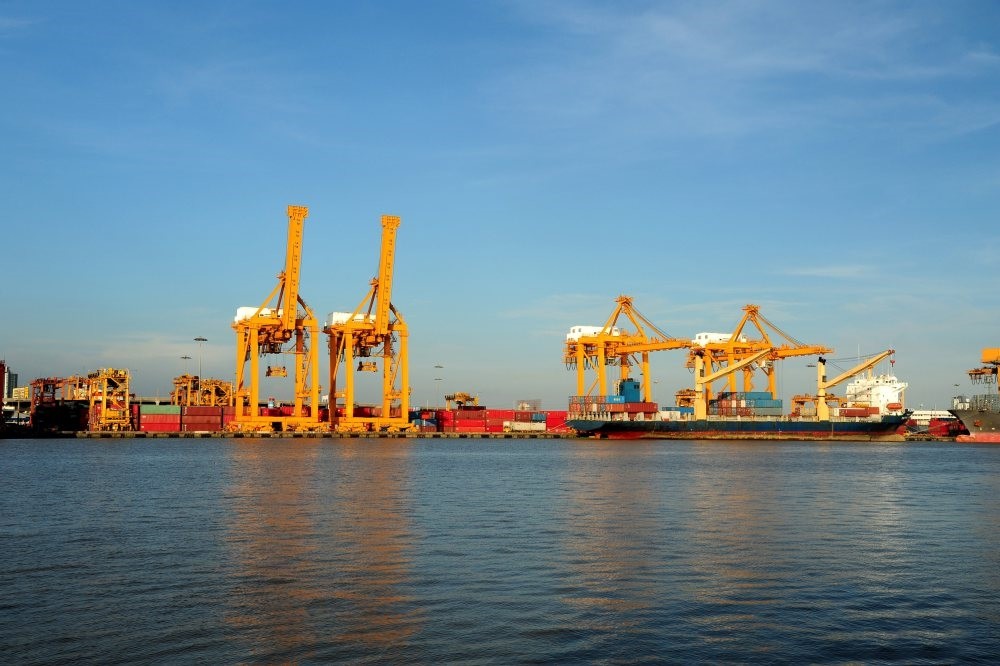 The declaration Turkey and Russia signed promises ever u2013better commercial ties as they are also reflected in increasing Turkish exports to Russia.
by Daily Sabah with AA May 25, 2017 12:00 am

The normalization of ties between Turkey and Russia have given momentum to Turkish exports, recording a 30 percent increase in the first four months of 2017 and promising better commercial ties

Turkey-Russia ties, which made huge progress in normalization since June 2016, are reflected in bettering commercial relations.Turkish Exporters Assembly (TİM) Chairman Mehmet Büyükekşi said Turkey's exports to Russia soared by 30 percent in the first four months of the year, while imports from Russia grew by 15 percent in the same period.

Speaking at the "Turkish-Russian Federation and the Republic of Tatarstan's Alabuga Special Economic Zone Business Forum," Büyükekşi stated that the negative trend in Turkish-Russian trade relations began reversing as relations between the two countries got back on track with recovering oil prices and the regrowth of the Russian economy in the recent period.

The TİM chairman noted that Turkey's exports to Russia surged by 30 percent and imports from the country rose by 15 percent in the first four months of the year.

He also recalled that Turkey and Russia have begun making up for the losses incurred in bilateral trade in recent years.

Büyükekşi said exporters are working to achieve the previous level of commercial relations with Russia.

"To this end, it is very important to solve the problems we have experienced in exports to Russia. We are getting complaints about visa problems, long waiting time in customs and insurance with high premiums and excessive charges. The removal of these obstacles is crucial for the future of our mutual trade," he said.

Andy Podelyshev, the Russian consul-general in Istanbul, reminded that the heads of Turkish and Russians states have met five times in the recent period. Podelyshev expressed that the Russian leaders have not met with any other state leader this often.

"Now it is the businessmen's turn and the signing of the memorandum of understanding between the two countries is very important," he said.

Turkey and Russia signed a joint declaration to remove trade restrictions between the two countries on Monday.

The declaration was reportedly signed after a closed-door meeting between Prime Minister Binali Yıldırım and Russian counterpart Prime Minister Dimitry Medvedev, held in the sideline of the 25th-anniversary summit of the Organization of the Black Sea Economic Cooperation (BSEC) in Istanbul.

Though there were no immediate details available, on the contents of the document, according to reports the declaration covers three major areas of trade restrictions. The first concerns restrictions imposed particularly on construction and tourism sector, which may be eased partially.

The second part is reported to cover the removal of bans on Turkish agricultural products, such as tomatoes, cucumbers, grapes and others. However, there was no official announcement on whether the signed declaration would permit exports of Turkish tomatoes to Russia, an issue which was left open to negotiations, earlier.

In the meantime, the third part is expected to settle the issue of visa restrictions. Following the jet downing crisis in November 2015, free-visa entry to Russia for Turkish citizens was revoked.

However, as the process to normalize bilateral ties peaked during President Erdoğan's visit to the Russian Black Sea resort city of Sochi on May 3, Turkey and Russia discussed the visa-free entry for Turkish businessmen.

These included an effective ban on Russian package holidays to Turkey, ruining the 2016 tourism season in the country's south.

The ban has been lifted and the dwindling number of Russian tourists to Turkey is recovering quickly. After a reconciliation deal last summer, relations have seen a rapid improvement, with both sides working together in a bid to end the Syria conflict.