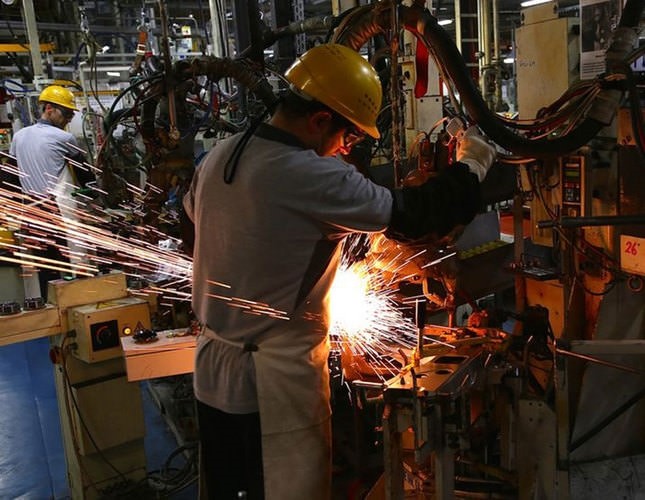 The upturn in the Turkish manufacturing sector continued in May with the headline rate rising to its highest level in the last three and a half years, according to a report released by the leading financial analysis company, IHS Markit, on Thursday.

The latest Purchasing Managers' Index (PMI) report, prepared in collaboration with the Istanbul Chamber of Industry, showed a 1.8-point increase from the previous month, hitting 53.5 points.

"The rise in the PMI reflected stronger growth of output, new orders and employment, as well as longer suppliers' delivery times," it added.

According to the report, longer delivery times were the result of a fast increase in purchasing activity.

"Manufacturers supported workloads by increasing their purchasing activity at the fastest rate since November 2014. This led to longer suppliers' delivery times," it said. The report added that inflationary pressures continued to reduce in May and input prices rose at the slowest rate in eight months, while output price inflation hit a seven-month low.

Trevor Balchin, senior economist at IHS Markit, said that growth in the manufacturing sector hit its strongest improvement in operating conditions since December 2013.

According to the report, any figure greater than 50 points indicates an overall improvement of the sector. Turkey's PMI has been standing at over 50 points since March.