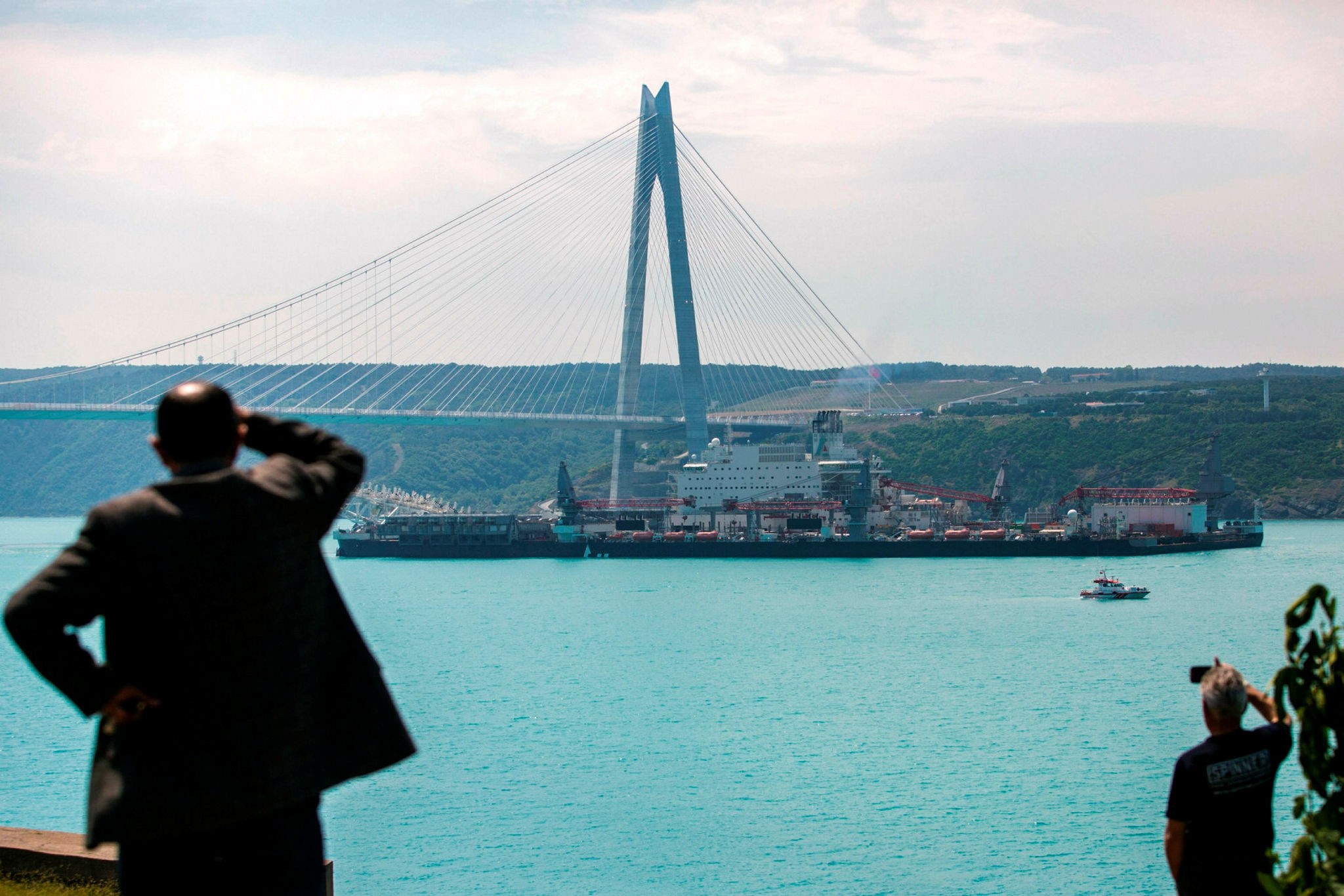 People look at the the Pioneering Spirit vessel, which will carry out construction of the offshore section of the Turkish Stream natural gas pipeline, passing the Yavuz Sultan Selim bridge on the Bosphorus on May 31,2017 in Istanbul (AFP Photo)
by Daily Sabah with Reuters Jun 04, 2017 12:00 am

Turkey is among the seven largest emerging markets helping to drive global growth, with the six others being China, Brazil, Mexico, India, Indonesia, and Russia, the World Bank said in a forecast Sunday.

The World Bank also maintained its forecast that global growth will improve to 2.7 percent this year, citing a pickup in manufacturing and trade, improved market confidence and a recovery in commodity prices.

The update of the multilateral development lender's Global Economic Prospects report marked the first time in several years that its June forecasts were not reduced from those published in January due to rising growth risks.

The World Bank's 2017 global growth forecast of 2.7 percent compares to its 2.4 percent estimate for 2016, a figure that increased by a tenth of a percentage point since January.

"With a fragile but real recovery now under way, countries should seize this moment to undertake institutional and market reforms that can attract private investment to help sustain growth in the long term," World Bank President Jim Yong Kim said in a statement.

The bank boosted its 2017 growth forecast for Japan by 0.6 percentage point since January to 1.5 percent, while the euro zone's forecast was increased by 0.2 percentage point to 1.7 percent. In both cases, a pickup in exports and unconventional monetary easing are helping to support growth.

The World Bank said U.S. growth also is improving but it shaved 0.1 percentage point off its forecast for 2017 to 2.1 percent after weak growth early in the year caused by a pullback in consumer spending it viewed as temporary. It slightly lifted its 2018 U.S. growth forecast to 2.2 percent.

It left unchanged, its forecast foresees that China's growth would slow to 6.5 percent from 6.7 percent last year and predicted that commodity exporters Argentina, Brazil, Nigeria and Russia will see recessions end and positive growth resume this year.

But the World Bank warned that new trade restrictions could derail the recovery in trade that is benefiting many advanced and developing economies, citing actions being contemplated by the Trump administration.

Such restrictions could fall disproportionately on China and other Asian economies, the bank said.

"Significant disruption to China's exports would undermine its growth with large spillovers on the region," the bank said in the report. "Furthermore, trade-restricting measures in the United States could trigger retaliatory measures."

It said that exports and investment in Mexico also could be negatively affected by the looming renegotiation of the North American Free Trade Agreement, causing spillovers to Central America as well.