Hurdles to Franco-German bargain on eurozone are high 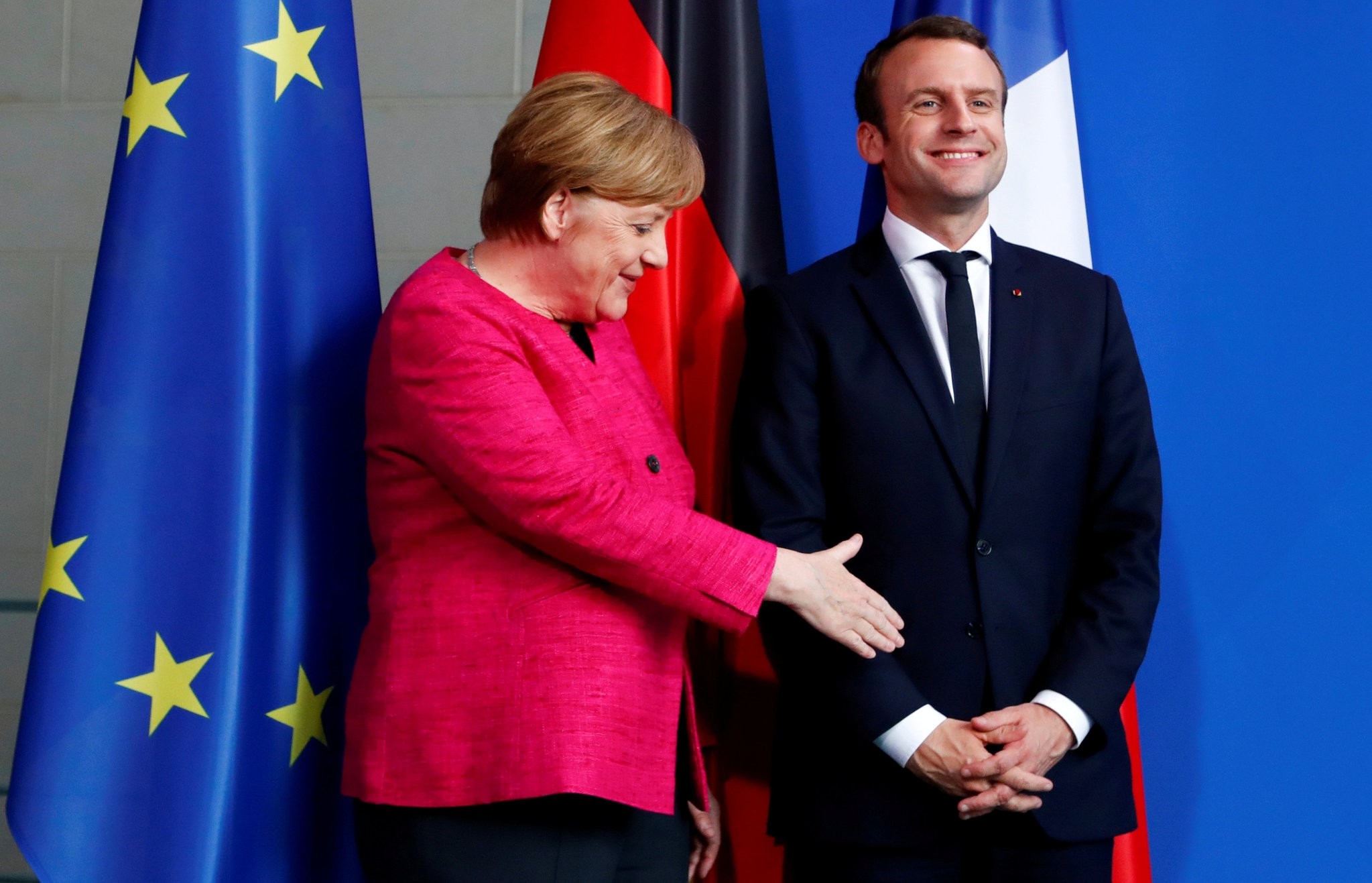 German Chancellor Angela Merkel and French President Emmanuel Macron after a news conference at the Chancellery in Berlin, May15.
by Jun 05, 2017 12:00 am

"Everyone has a job to do," Macron said.

"I have to press ahead with reforms that are necessary for our country and for restoring trust between France and Germany. And the chancellor must make a convincing case to her public, to her political class."

Macron campaigned on a promise to "rebuild" Europe through deeper integration of the eurozone, the 19-nation currency zone which ranks as one of the EU's biggest achievements but which critics say is still work in progress 18 years after its launch. He seems determined to fulfill his side of the bargain. Polls suggest his new party, la Republique en Marche, could win an absolute majority in parliamentary elections this month. That would make it easier for him to deliver on his plans to reform the French economy.

But in Berlin, questions remain about whether Merkel will embrace the leap in European integration that Macron wants. That would mean taking on sceptics in her party who remain reluctant to compromise with the new president of France, a country they worry has a vision of a Europe in which Germany has to pay for the failure of others to knock their economies into shape. Macron's team was elated with their Merkel meeting in Berlin. She agreed to work with them on a "roadmap" for eurozone reform and hinted at the possibility of radical steps that would require changes to the European Union's Lisbon treaty.

Last Sunday, she appeared to double down on the idea of closer European cooperation, telling a political rally in Munich that the continent may no longer be able to count on the United States and must take its destiny into its own hands. But people close to the chancellor who spoke to Reuters on condition of anonymity said it would be wrong to interpret her recent remarks as a sign that Berlin is preparing to water down the principles that have guided it for years: those of a rules-based Europe where "responsibility" trumps "solidarity".

"The chancellor did not say what she said in Munich because she wants to prepare the ground for making financial concessions to Macron," a top aide told Reuters.

At the heart of Macron's plan for Europe is the creation of a eurozone finance minister who would oversee a pooled budget for investments and transfers intended to help eurozone members cushion downturns. That official would be answerable to a eurozone parliament, or sub-section of the European Parliament. Germany's Social Democrats (SPD), junior partners in Merkel's "grand coalition", have backed this approach. But opposition among Merkel's conservative allies runs deep.

In conversations with half a dozen lawmakers from Merkel's Christian Democratic Union (CDU) a picture emerged of a party that would prefer to take small symbolic steps with France - identifying joint investment projects or aligning corporate tax rates - than contemplate the big changes that Macron is seeking. Many of the lawmakers said they were worried about alienating non-euro countries in eastern Europe and Scandinavia with an aggressive push for deeper cooperation between members single currency bloc. They also argued that none of the steps being proposed by Macron could be done without treaty change, a multi-year process fraught with political risks.

Guenther Krichbaum, another CDU member and head of the European Affairs committee, said Macron's ideas for a eurozone budget and parliament made little sense because they would only duplicate EU structures.

"When Britain leaves, 85 percent of the EU budget will be financed by members of the eurozone. You don't need an extra budget for the eurozone on top of that," he said.