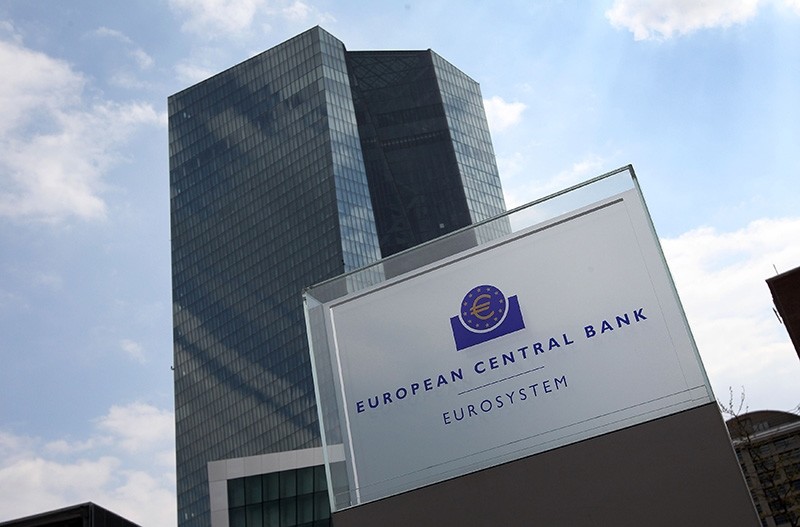 The European Central Bank signaled on Thursday it planned no further interest rate cuts as euro zone prospects improved, but said subdued inflation meant it would continue to pump more stimulus into the region's economy.

The currency bloc has been on its best economic run since the global financial crisis nearly a decade ago but the ECB had been expected to take a more cautious stance as the inflation rebound has yet to show a convincing upward trend.

"The Governing Council expects the key ECB interest rates to remain at their present levels for an extended period of time, and well past the horizon of the net asset purchases," the bank said, removing a long-standing reference to lower rates.

It kept its easy money policy unchanged as widely expected, however, including its 2.3 trillion euro ($2.59 trillion) bond-buying program and sub-zero interest rates, despite resistance from cash-rich Germany.

Announcing small upgrades in its growth forecasts through to 2019, ECB President Mario Draghi told a news conference the bank no longer saw risks to growth as being skewed to the downside.

"We consider that risks to the growth outlook are now broadly balanced," he told reporters in the Estonian capital of Talinn, in a widely expected move.

But the bank trimmed inflation forecasts for the next three years and said "substantial" amounts of stimulus through its unprecedented asset purchase scheme were still needed.

With Thursday's decision, the ECB's deposit rate, its key policy tool, remains at -0.4 percent. Its monthly asset purchases will continue to total 60 billion euros a month and to run until at least December.

The ECB said it now saw inflation this year at just 1.5 percent, down from a previous forecast of 1.7 percent. That would barely rise to 1.6 percent in 2019, down from an earlier estimate of 1.7 percent and further away from its official target of at or close to two percent.

Economic growth this year was seen at 1.9 percent versus an earlier 1.8 percent forecast.

The ECB's nuanced stance was also motivated by the big debts overhanging governments and companies, the piles of unpaid loans weighing on banks in countries like Italy and Portugal, and political uncertainty ahead of elections in Germany and Italy.

Any announcement on its quantitative easing (QE) program seen not coming until the autumn, when policymakers hope the economic picture will have become clearer.