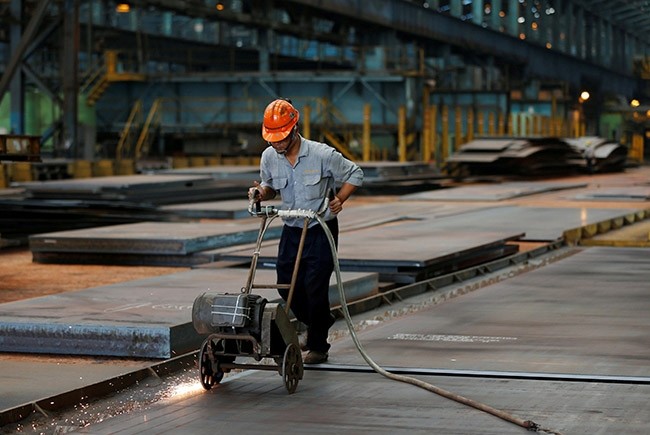 On an annual basis, all three main sub-indexes increased and the manufacturing index experienced a 7.3 percent rise, according to the report.

"When the subsectors of the calendar-adjusted industrial sector (based on 2010=100) were examined, mining and quarrying index increased by 1.3 percent, manufacturing by 7.3 percent, and electricity, gas, steam and air conditioning supply index by 4.8 percent in April 2017, compared with the same month of the previous year," TurkStat said.

The report also showed that production level was up 2.3 percent on a monthly basis.

The manufacturing index rose 2.6 percent month-on-month in April, while the mining and quarrying index was up 1.8 percent in the same period. The electricity, gas, steam and air conditioning supply index saw a slight 0.4 percent increase.

Turkey's industrial output is deemed a vital indicator for the economy as it is considered to be the preliminary gauge for GDP growth.

The term "calendar adjusted" is used to refer to data that has removed calendar and holiday-originated effects.

Analysts said that the initial indicators in April show that the second quarter has kicked off with some momentum. They also drew attention to the contribution of Credit Guarantee Fund (KGF) to the economy, underscoring that the fund has relieved economic congestion.

The relatively increasing domestic and foreign demand also supports industrial output, analysts said, as sources and conditions of finance are not enough to boost productions alone.