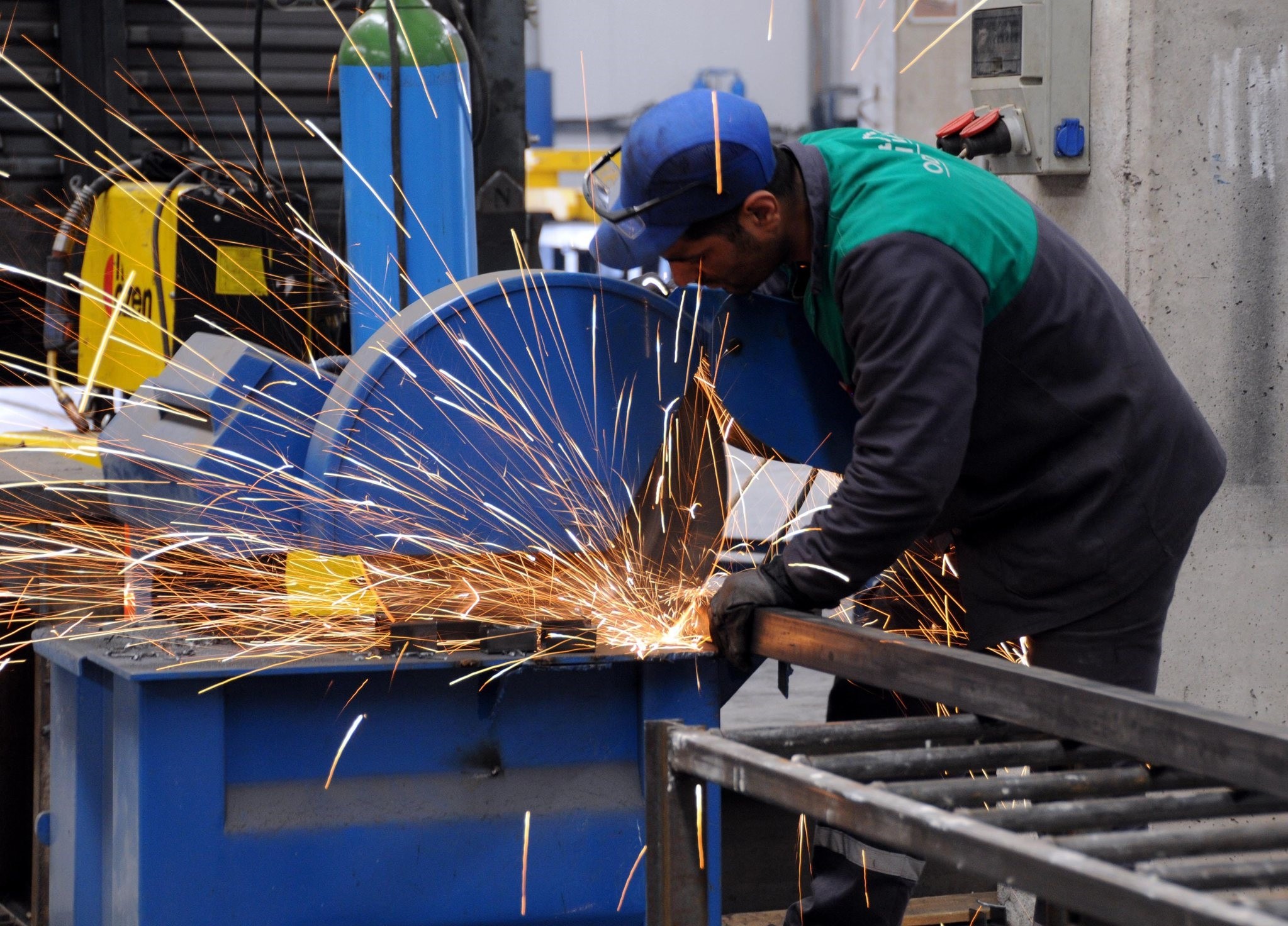 Mu00dcSu0130AD emphasized the necessity to invest more in manufacturing for an interest-free economy as it would create a more profit-oriented business environment.
by Daily Sabah with AA Jun 08, 2017 12:00 am

Independent Industrialists and Businessmen's Association (MÜSİAD) Chairman Abdurrahman Kaan has said they are working to create interest-free, profit-oriented solutions that nourish production, adding that they will put forth a new alternative model in the near future.

Kaan described MÜSİAD as a nongovernmental organization composed of members who adopt a national and local production model with massive industrial production operations, especially in Anatolia.

Referring to the fact that MÜSİAD members make production in a wide range of areas, from high-speed trains and tramways to wagons and spare automotive parts, Kaan said they have companies operating in fields producing supportive equipment to the automotive subsidiary industry, which are among the top-10 leading companies in the sector.

According to Kaan, MÜSİAD will support the Union of Chambers and Commodity Exchanges of Turkey (TOBB) in its efforts related to domestic automobile production. He added: "We have infrastructure in this field. Some of our members are working on electric cars and some others produce sports cars."

Kaan also explained that the members of the Machinery Sector Board are seriously focusing on the issue and that they are doing clustering work in Bursa, announcing that the Automotive Sector Board will also have important work in the future.

Kaan further said that 27 MÜSİAD members operating in the defense industry came together and established the Defense and Aviation Cluster Saha Istanbul (SAHA Istanbul) at Gebze Teknokent and are engaging toward production.

Interest-bearing system based on exploitation

Indicating that the current economic system creates the perception that "interest-free economy is not possible" for all market players, Kaan said: "However, we know that interest is not an indispensable condition. Although my own company is among the top 500 companies, we do not work with loans. Today, all the players in the market think that a life without loans is unthinkable and growth cannot be achieved without loans. There are rents in an economy that runs with interest. There is always exploitation in an interest-bearing system."

According to Kaan, profit is possible in an interest-free economy and companies have to make production in a profit-oriented way here. In other words, they have to work by targeting profitably rather than rents. Emphasizing that this is why companies have to establish equity capital for themselves, Kaan said they adopt the principle of developing society rather than individuals. "The system that we are advocating means sharing the income generated from production, namely profits, in a fair way."

Kaan argued that the perception of primary surplus in fiscal policy also nourishes interest, saying that it should be turned in to non-investment surplus.

Kaan said Turkey's population increases by an average of 1.2 million each year but that the minimum stock level is not yet evident. He continued: "If production is not enough, there is inflation. When there is excess production, there will be no inflation and prices will be low. High inflation also nourishes interests. This is why we suggest switching to the principle of non-investment surplus in which Turkey can plan production and manufacturing and determine the sufficiency of stocks accordingly and carry out exports accordingly." Kaan argued that this would be possible by abandoning non-interest surplus and adopting a non-investment surplus principle. With this it would be possible to create equity capital, which would allow for growth.

Kaan explained that MÜSİAD opened a new working chapter - commercial innovation - related to the issue in which they will put forth new models that will also support the production economy starting with investment funds in the capital market. "We are working on how to create profit-oriented and interest-free solutions and models that nourish production. We will introduce an alternative model in the near future," Kaan said.

Investment in manufacturing to reach the inflation target

Touching on MÜSİAD's objectives, Kaan said they will introduce 20 new brands, mainly with members of the association, as part of its objectives for 2020. To this end, MÜSİAD will receive Turquality support - a government funded program to increase and strengthen Turkish brands. Noting that they will carry out corporate check-ups, Kaan said they aim to raise perception by growing some brands in some areas named "inoday" in various provinces within three years. He said: "MÜSİAD is an organization that improves businessmen in many areas. We also have a MÜSİAD youth council. We have five young MÜSIAD chairs in our new administration. We attach great importance to young people." Underlining that sustainability is important for governments as well as for companies, Kaan said five young MÜSİAD chairs will bring the association and the country to a certain level.

Kaan pointed out that the Central Bank of the Republic of Turkey (CBRT) had set a target of 5 percent in the fight against inflation, but that the other part was missing, saying: "They say they are speculators in the fight against inflation. Speculators are in areas where there is no product. There will be no speculators and inflation in areas where there are plenty of products. We have had many problems here and I do not want to inflict this on the CBRT alone."

He said that reaching the inflation target is possible by resolving the problems in the manufacturing industry by seriously investing in the area, adding that the CBRT manages risk well in foreign exchange gap positions.