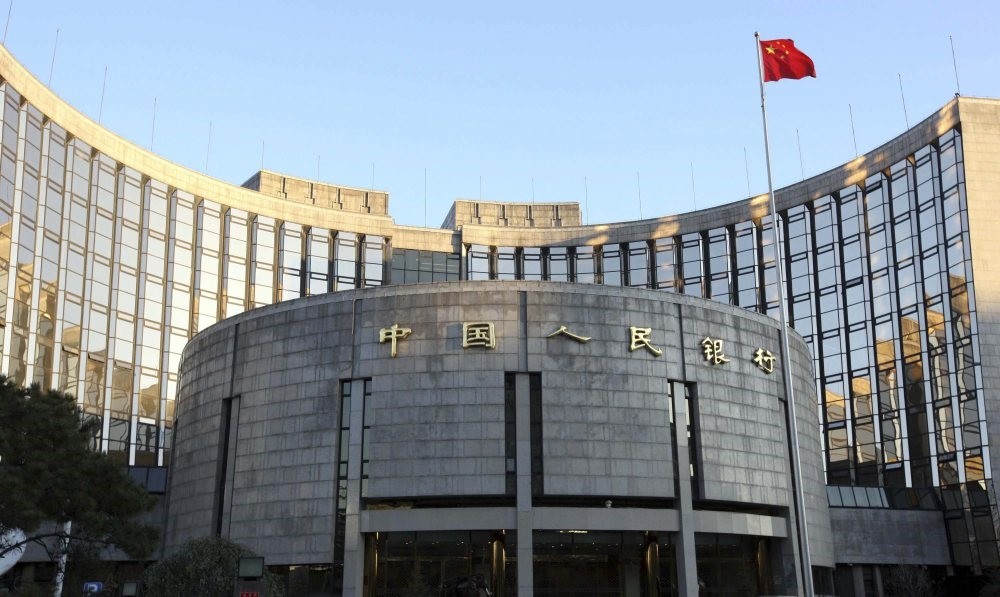 The People's Bank of China is expected to raise the interest rates if U.S. Fed does so today, leading analysts and traders assume the bank synced its movements with Fed
by Jun 13, 2017 12:00 am

As the Federal Reserve is expected to hike its interest rates during its meetings today and tomorrow, the majority of traders in China believe the central bank will also up rates along with Fed

A small majority of traders in China's financial markets think its central bank will likely raise short-term interest rates this week if the U.S. Federal Reserve hikes its key policy rate, as widely expected, according to a Reuters poll.

The move prompted some analysts to speculate the PBOC had decided to "synch" its moves with those of the U.S. central bank in a bid to reduce persistent depreciation pressure on the yuan currency against the dollar and discourage capital outflows.

It also dovetailed with China's pledges to tackle risks from an explosive rise in debt.

Six out of 10 traders in China's money, forex and bond markets asked by Reuters said they believed China would move rates up if the Fed did so.

But the size of the move would be more modest, and it would likely be confined to rates on open market operations (OMOs), the traders said.

They did not expect a hike in China's benchmark lending rate, which has been unchanged for nearly two years.

The Fed is expected to increase interest rates by another 25 basis points at its meetings today and tomorrow.

Several increases by the PBOC earlier this year were mainly of 10 basis points, and traders expected any move this week to be of a similar magnitude.

Chinese stocks rose modestly after the Fed's March rate increase, which was seen as increasing investors' risk appetite. There was little reaction in Chinese forex and money markets.

"There are huge discrepancies between the benchmark OMO rates and market rates. A slight upward movement would be quite normal," said a Shenzhen-based trader at a Chinese bank.

She said any impact from higher market rates would not quickly filter through into the real economy, though most analysts believe slowly tightening credit and higher financing costs will begin to drag on broader activity in coming months.

However, four of the 10 traders said they did not think a PBOC rate rise was on the cards this week.

They argued monetary policy is already tightening as Beijing presses ahead with its "deleveraging" campaign to contain and reduce risks in the financial system, and as banks grow more cautious about lending as they prepare for a rigorous quarterly inspection of their books by the PBOC.

The one-month Shanghai Interbank Offered Rate (SHIBOR) has risen to its highest since April 2015.

"This mid-year timeframe is already relatively sensitive, and add to that short-term rates are already not low. To raise rates further would put a lot of pressure on the market," said a trader at a regional bank.

"If they really insist on following (the Fed funds rate) higher, the timeframe will probably be pushed back."

Uncertainty over policy has also increased after sharp, sudden gains in the yuan in recent weeks, which some analysts believe were engineered by the PBOC as a pre-emptive buffer to flush out short sellers ahead of the expected Fed hike and dampen any resulting depreciation pressure.

Market players were split on whether the central bank would raise rates on its medium-term lending facility (MLF). The PBOC has been lending at longer maturities, which has increased borrowing costs for banks.

One trader at a major Chinese bank said if the central bank decided to raise the OMO rate, it would likely wait to increase the MLF until July when it is likely to renew maturing MLF loans.

June is traditionally a tense month for liquidity in the financial system, as companies pay taxes and banks scramble for funds to meet a quarterly health check.

Analysts say while the PBOC has taken some steps to clarify its intentions, it remains vague in telegraphing rate moves.

"Banks want to know what their cost of funding is going to be, so that volatility isn't great in terms of managing their business and liquidity," said Julian Evans-Pritchard, China economist at Capital Economics.

Central bank governor Zhou Xiaochuan has been historically reluctant to reveal too much about the PBOC's strategies, even likening the bank in an interview with Caixin last year to a chess player unwilling to reveal tricks to an opponent.