Pain and gain of Brexit vote: British economy a year on 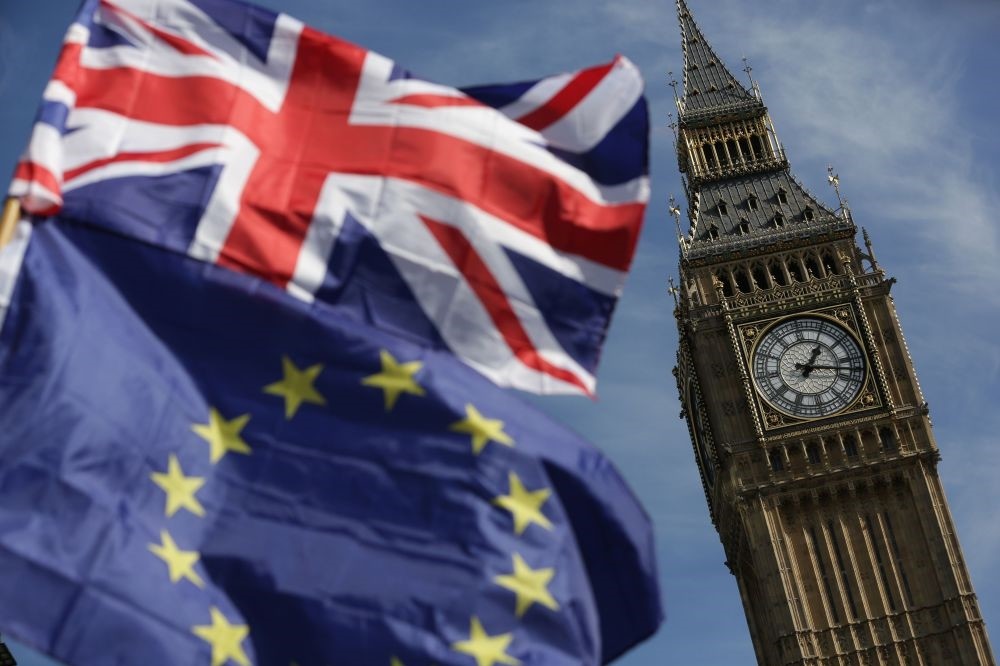 Now that Brits are one year on from when they decided on a divorce from the EU, the British economy seems to have garnered certain profits from the depreciating pound, yet the danger of inflation and a risky future for London as a financial centers linger

The momentous vote on June 23, 2016 has the potential to sever Britain's ties to its main trading partner, a grouping it has spent more than four decades building ever-closer ties to. From subsidies for farmers to standards on consumer products and banishing all types of impediments to trade, the British economy is deeply enmeshed in the workings of the EU.

Since the vote, the British economy defied the gloomy recession predictions of many, including the British Treasury and the International Monetary Fund. Other forecasts like an immediate house price crash didn't materialize either.

But other predicted events did occur, such as a sharp fall in the pound and rising inflation. And now that the official two-year Brexit process has begun, there are renewed signs of economic pain.

The British economy did not contract in the wake of the Brexit vote as many had warned. In fact, for much of the time since, it's grown faster than many of its peers in Europe, largely because of a sharp fall in the value of the pound. The 15 percent decline made exports cheaper, a boon to growth. However, the economy is now weakening amid the Brexit uncertainty and the pound's drop makes imports more expensive. The British economy is even trailing the likes of Greece - Britain grew by a quarterly rate of 0.2 percent in the first three months of the year, lower than any economy in the Group of Seven industrialized nations. At the same time, previously struggling continental economies like France have gained momentum, potentially affecting the dynamics of the Brexit talks, which started this week.

The worry is that the pre-Brexit doom-mongers may be proved right should Britain crash out of the EU without a comprehensive trade deal - the so-called "hard" Brexit scenario. Ratings agency Standard & Poor's says Britain has the most to lose economically as it exports more to the EU, when calculated as a proportion of the economy, than any other country. The risk, it says, is magnified by the fact that the services sector, such as banking, accounts for a significant chunk of those exports. And services are less likely to be covered in any immediate trade deal to retain privileged access to the massive EU market. Any early post-Brexit arrangements may just be confined to goods.

Given its central role in the European financial sector, London's fate is uncertain. When Britain leaves the EU, British financial services companies would lose the automatic right to operate in all the other 27 EU states, a big handicap. A recent survey from consultancy EY found that the capital was losing ground as one of the three most attractive cities in Europe for business. The city's global status, including its deep pool of skilled professionals like lawyers and accountants, will help cushion the blow, as will something as basic as the English language. "London is still top dog but it's clearly losing ground," said Moritz Kraemer, S&P's chief rating officer.

The pound suffered the first and biggest hit from the Brexit vote, dropping nearly 20 cents from its pre-vote level of around $1.50 the day after the referendum. In the year since the vote, it's fallen further to 31-year lows before making a modest recovery to trade at $1.27 a year on. While that helped exporters, it's proved costly to others by making imports, such as energy and food, more expensive. In the year to May, inflation rose to a four-year high of 2.9 percent, way up on the 0.3 percent it was when Britain voted for Brexit. The pinch was felt immediately by British holidaymakers, many of whom will have done a double take upon seeing their credit card statements on their return home. Now the costs are being felt at home, too, and retail sales are faltering as wages fail to keep up with prices.

It may seem counter-intuitive but Britain's main stock index, the FTSE 100, has actually hit a series of all-time highs, spiking by around a quarter following an initial drop - not a bad return for any investment. That's partly due to the export-boosting impact of the pound's drop. Many international companies, like Burberry, are listed on the FTSE 100, meaning that their earnings in dollars and other non-British currencies are worth more when translated back into pounds. Other international companies like miners Glencore and Antofagasta have also benefited from commodity price rises. Laith Khalaf, a senior analyst at Hargreaves Lansdown, noted that "all of the top 10 performing stocks have significant international earnings" while more domestic-geared stocks, particularly those in retail, like Next, have suffered. The share price of Dixons Carphone fell so much, largely because of Brexit-related uncertainties and the fall in the pound, that the electronics retailer dropped out of the FTSE 100 index.