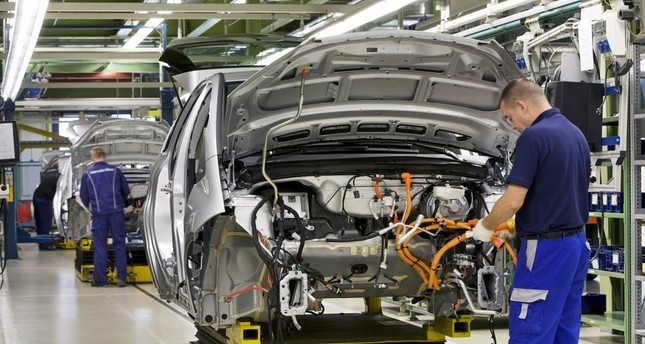 The period following the July 15 failed coup attempt was dominated by the economic administration effectively discharging its negative impacts, putting Turkey among the best performing economies with 5 percent growth in the first quarter

On the night of July 15, 2016, Turkish people experienced a coup attempt that targeted their lives, Turkish democracy, the constitutional and social order and the economy. The government, political leaders and civilians refused to yield to the attempt and took to the streets and beat the attempt.

After the putschists were overthrown, the government, the people and the business world started talking about the business world and taking measures to counter the potential economic repercussions of the coup attempt. On the morning of July 18, the markets opened without leading to any major speculation over Turkish assets. 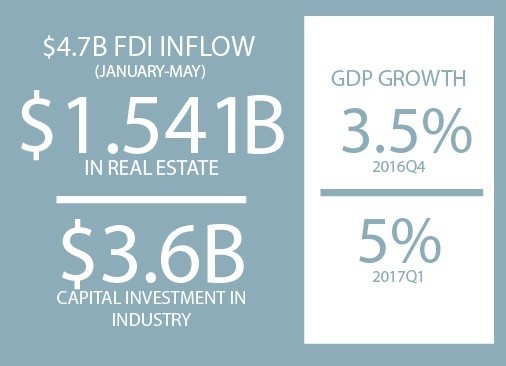 On Friday, July 15, the dollar was trading at TL 2.90. While the Turkish lira was expected to lose a lot of ground against the greenback right after the coup attempt, it was trading around TL 3 until the beginning of November, as many Turks hit exchange offices to exchange their dollars to support the lira. Starting from early November, however, the dollar spiked again against the lira, hitting TL 3.87 on Jan. 27. The Central Bank of the Republic of Turkey (CBRT) introduced a number of unorthodox measures to counteract the tumbling lira. The CBRT executed tight monetary policy without going to repo auction and an unconventional interest rate strategy, leading banks to borrow in the late liquidity window. The dollar-TL exchange is now around TL 3.55.

While Borsa Istanbul (BIST 100), the country's benchmark index, was at 82,825 on Monday, July 18, the index started to fall and hit 71,594 on July 21, which was the lowest level in the past year. Despite gaining some ground in October, the BIST 100 again fell to 72,519 in early December when the lira was also depreciating. However, after the new year, the BIST 100 proved a very secure and reliable emerging market haven.

A stock market rally took place as Turkey was nearing the vote on the April 16 constitutional referendum. The rally did not slow, and continued in May, when the BIST 100 hit 98,313. On Friday, the index hit 104,611 - an all-time record. The historic highs on the BIST 100 were not only enabled by local investors, but also foreign investors who made $45.1 billion in purchases and $1.63 billion net purchases in the first half of the year.

$4.7B FDI flow during January-May

Overcoming many difficulties ensuing from the failed coup attempt, Turkey managed to draw $12.3 billion of foreign direct investment (FDI) in 2016, and $4.7 billion of FDI in the first five months of 2017, an 11 percent increase compared to the same period last year. FDI for the last quarter of 2016 was $3.7 billion. FDI inflows to the country from January to May mostly came in the form of industrial and real estate investments. While the total amount of FDI in mining, manufacturing and energy was recorded at $1.4 billion, and $1.5 billion was invested in real estate, according to data released by the Investment Support and Promotion Agency of Turkey (ISPAT).

Speaking to Daily Sabah, ISPAT President Arda Ermut said that the increasing FDI into Turkey proves investor confidence in the country, as it remains strong in the year following the failed coup attempt.

"This past year proved once again that the Turkish economy is resilient in the face of potential setbacks. In the wake of the failed coup attempt on July 15, 2016," Ermut said, drawing attention to the extensive work the government has put into creating a comprehensive roadmap, new regulations and incentive programs introduced in areas including research and development (R&D), the labor market, the judiciary, taxation and several others to improve the investment environment.

"Along with these reforms and incentives that help Turkey move up the value chain, make Turkey more competitive and eliminate barriers to doing business, the fiscal measures taken by the government also spurred a strong increase in economic activity. The Credit Guarantee Fund, which guaranteed around TL 180 billion in loans as of June 2017, had a favorable impact on the Turkish economy." He also commended the government's initiatives to ameliorate the investment environment and upend the possible fallout of the coup attempt.

"As we start to reap the benefits of constitutional reform in the second half of 2017, investor confidence in the Turkish economy will be further bolstered, resulting in even more investments in Turkey," Ermut predicted.

Elaborating on the immediate actions the agency took after the failed coup attempt, Ermut underscored that the agency held informative meetings with foreign investors and provided them consultancy for every problem they faced by bringing up helpful solutions, thus reinvigorating investors' trust and belief in Turkey's economy and future.

He also said that the agency facilitated acceleration of bureaucratic processes for investors, which he said was also one of the major benefits of the presidential government system voted for in the April 16 referendum. As the agency has worked to prevent possible vacancies from affecting investment procedures after the coup attempt, FDI to Turkey has not been interrupted.

January to May exports up 9.5 pct

Government incentives to bolster economic activity have been provided for exports, the driving engine of the economy. According to information provided by Economy Nihat Minister Zeybekci, Eximbank, which is the main state lender for exports, allocated some $33 billion to exporters, which the ministry aims to increase to $39.8 billion in 2017.

All these actions and programs, as well as growing external demand with expanding global trade, enabled Turkey to register a 9.5 percent increase in exports during the first five months of the year. According to data provided by the Turkish Statistical Institute (TurkStat), surging investments made a 2.2 percent contribution to the 5 percent economic growth in the first quarter.