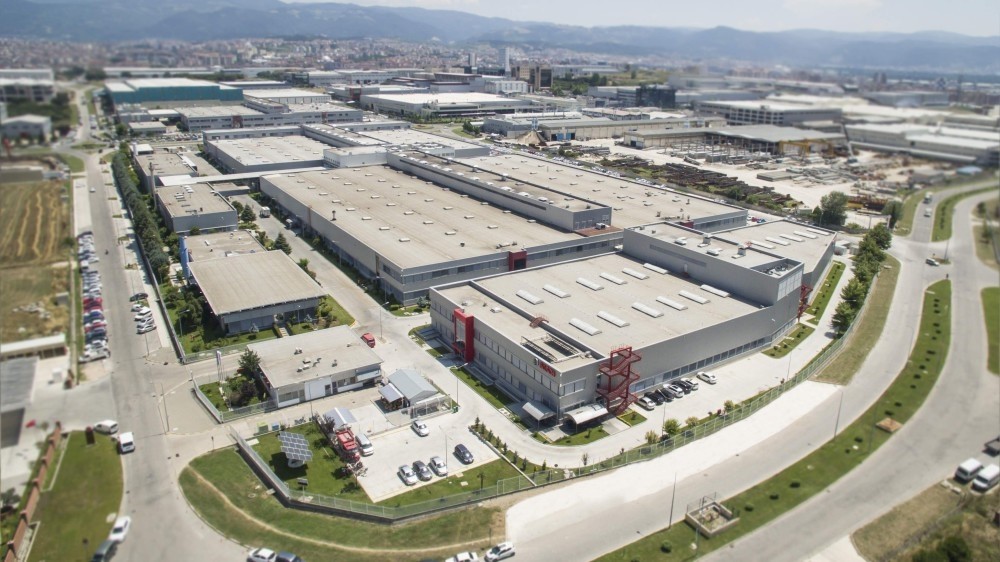 Despite Berlin's plans to build up pressure on Ankara by advising German investors that Turkey is no longer a safe country to invest in, German giants told Daily Sabah that their business relations are decades-old and investments will continue as planned

When German Foreign Minister Sigmar Gabriel made his country's new harsh policy toward Ankara public last week by advising German firms on investing in Turkey is no longer safe and economic sanctions are on the way, eyes turned to the more than 6,500 German businesses operating in the country. Despite Berlin's intention to take political matters with Ankara to the economic stage, large German companies in Turkey do not seem to have been bothered by German Chancellor Angela Merkel's increasingly stern rhetoric. Siemens has been operating in Turkey and the Ottoman Empire before that for more than 160 years. The German giant currently employs over 3,000 workers in Turkey and recorded 1.3 billion euros in sales last year.

Amid the dangerously mounting spat between Ankara and Berlin, a question emerged about whether the German government's threats would affect the bilateral trade or the future of German firms doing business in Turkey. "It does not have any impact on Siemens' activities," Siemens spokesman Richard Speich told Daily Sabah.

Gabriel's remarks on cutting EU funds to Ankara and advising German firms to not invest in the country received wide-ranging support in Berlin. Following the line of Merkel's government, German President Frank-Walter Steinmeier said: "I find it as a question of our country's self-respect to send clear halting signals [to Turkey]."

Berlin's reaction to Turkey out of "self-respect" came after the pretrial detention of Peter Steudtner, a German national who faces terrorism charges by Turkish authorities and who the German government says is a human rights' activist. On the other hand, Ankara accuses Germany of harboring terrorists and turning a blind eye to activities of terrorist organizations such as the PKK and the Gülenist Terror Group (FETÖ).

The tone in Berlin on Turkey has had German politicians speaking out against the Turkish government, continuously threatening economic sanctions. However, German companies operating in Turkey, similar to Siemens, are not necessarily complying with it.

German pharmaceuticals giant Bayer, which has been in Turkey for more than 60 years and employs around 1,400 workers, stressed that the temporary crises have never affected its business in the country, and it will remain so.

"Our commitment in Turkey is long-term oriented and is not fundamentally questioned by temporary crises, as there have been several times in the past," Hans-Bernd Schmitz, communications coordinator for the Leverkusen-based company told Daily Sabah.

INVESTMENTS TO CONTINUE AS PLANNED

While the German government seeks ways to exploit decades-long Turkish-German economic relations in a political strife, Ankara aims to ease pressure on German firms. "All German investments in Turkey are 100 percent under the guarantee of the Turkish government, the state and law," Economy Minister Nihat Zeybekci asserted last week.

Deputy Prime Minister Mehmet Şimşek offered an inviting message to all German companies willing to invest in Turkey, as well, saying on Twitter that "Ankara welcomes German investors." Bosch, another German giant operating in Turkey since 1910, said the company does not intend to change its investment plans in spite of Berlin's suggestions to do otherwise. "It is our aim to remain in the country on a long-term basis. We intend to continue our investments in 2017 as planned," the company told Daily Sabah.

The president and senior manager of Bosch Turkey and the Middle East, Steven Young, has announced that the company would invest TL 650 million ($184.2 million) in Turkey in 2017.

Gabriel's rhetoric on Turkey included new travel warnings as well. The foreign minister said the security situation in the country has been worsening, calling on German citizens to be wary of it before traveling there. However, laundry, cosmetics and adhesives giant Henkel said business trips to Turkey are not affected by the German government's increased travel warnings.

"We are, of course, closely monitoring recent developments in Turkey and are in close contact with our local management. Business trips to Turkey are still possible, in consultation with the security department," Henkel's Media Relations Manager Rabea Laakmann told Daily Sabah. The company has been active in Turkey for more than 50 years and employs more than 700 people. With regard to security, which Gabriel has reignited, Siemens said its security department has not changed Turkey's status regarding the topic. "Our security department in the Turkey branch has not revealed any changes regarding the security situation," the spokesman for the company said.