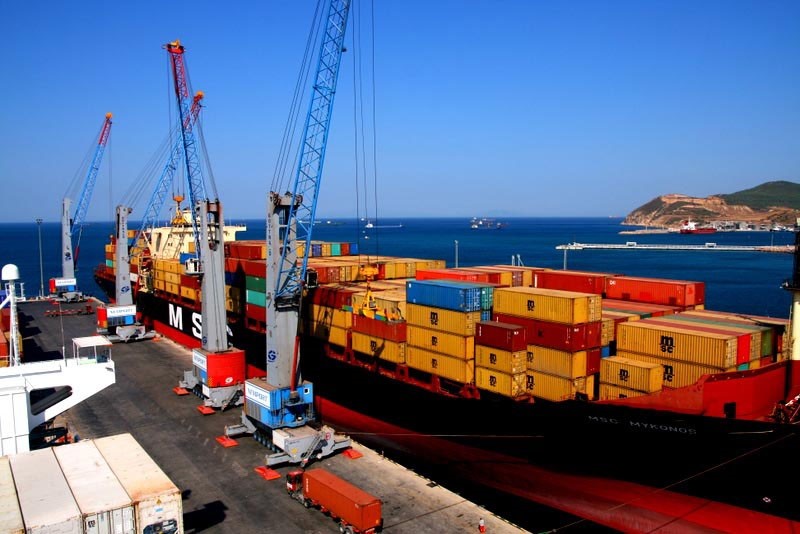 The figures also suggested that this was the best performance by local exporters in almost six years. During the same period, exports to Germany increased by some 28.2 percent, making it the top receiver of Turkish goods.

Exports in the first seven months of this year reached $88.9 billion, 10.7 percent higher than it was during the same period last year. In addition, exports over the last 12 months also increased by 7.5 percent to hit $150.2 billion.

"According to the Turkish Statistical Institute [TurkStat], the 31.2 increase in July was the highest since the 31.9 percent-rise in August 2011," TİM Chair Mehmet Büyükekşi said.

"Turkish exports have twice exceeded the 30 percent increase rate since May 2010, when it rose by 33.4 percent. This indicates that the increase in July was the best performance in the last six years, only the second in more than eight," said Büyükekşi at a press conference announcing the July data.

Recalling TİM's post-July 15 message, which strongly conveyed the stability and continuity of the country's economic activity, TİM Chair said, "We emphasized that the wheels of the Turkish economy are turning. We highlighted the solid ground it was based on and the faith investors have put in its dynamics."

Turkey's automobile sector was once again the leader in exports with a 41.1 increase and a value of $2.4 billion. In the first seven months of the year, the automobile sector exported cars to 193 countries, a new record. The sector was followed by textile and chemicals industries, which recorded $1.4 billion and $1.1 billion in exports, respectively.

Exports to Germany soar by 28.2 percent

Germany ranked top among the first five export destination for Turkish goods with a 28.2 percent increase. It was followed by the U.K., Italy, Iraq and the U.S., which saw 37, 27.9, 55.7 and 48.3 percent increases, respectively.

Drawing attention to the fact that Germany has long been the top receiver of Turkish exports, Büyükekşi said that the exports to Germany saw a 28.2 increase in July.

"It is a source of pleasure for exporters to see that their business remains untouched by the recent political row between Germany and Turkey," he said and emphasized that Turkey and Germany were not rivals but complementary to one another. He hoped the bilateral ties would recover quickly.

Among the top 20 countries to which Turkey exported goods in July, the highest increase was recorded in Russia with 95.7 percent while exports to Egypt declined by 28.21 percent. The decrease in Egypt came in the chemicals industry.

Examined on the basis of country groups, Turkey's exports to the European Union (EU) saw a record 29.1 percent increase while in total accounting for almost 51.1 percent of the country's total exports. The EU was followed by the North Americas, the Middle East, the Commonwealth of the Independent States and the far east with 46.1, 33.9, 44.1 and 25.1 increases, respectively.

Speaking at the press conference, Economy Minister Nihat Zeybekci predicted that the growth will gain momentum and will hit 5-5.5 percent in the second quarter, which he insisted will be sustainable.

Drawing attention to the significant role of exports in boosting national growth, Zeybekci said the most vital instrument that will make the Turkish economy reach its desired level of growth was through exports. He pointed out that 2.2 percent of the 5 percent growth in the first quarter was provided by exports and confirmed that exports will continue to make positive contributions to the growth data.

Zeybekci, commenting on the July export figures, said the mobilization initiated following the July 15 coup attempt coupled with some planned approach and initiatives by the government helped in achieving the positive results.

Underscoring that Turkish exports have shown an upward trend for nine consecutive months, the minister informed that the value of exports over the last 12 months reached $150 billion, compared to $142.3 billion in 2016. He also added that the mid-term goal was to reach exports worth $153.3 billion.