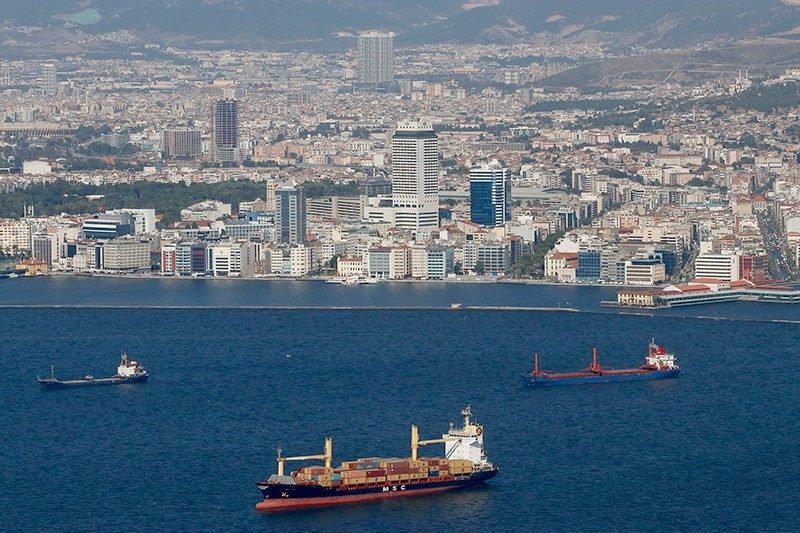 According to the Central Bank, deficit in the first half of the year was $20.77 billion.

The import-export balance of goods was reduced by $670 million in Turkey's favor to $4.57 billion while the country's income from services rose by $491 million to $1.68 billion.

"The annual current account deficit has taken a break from its tendency to increase after slightly falling to the $34.3-billion level," economist Haluk Burumcekci said.

"The recovery in the current account deficit in June is backed by lower foreign trade deficit and higher net services income."

According to the Turkish Statistical Institute, foreign trade deficit in June was $6 billion with a 9.1 percent decrease compared with the same month in 2016.

"I think the current account deficit will reach $38 billion at the end of this year, due to increasing energy/gold imports and momentum in the economic growth," he added.

Turkey's economy grew by 5 percent in the first quarter of 2017 compared with the same period last year.

The growth target for 2017 is 4.4 percent, according to the government's medium-term program.

Timothy Ash, senior economist with London-based BlueBay Asset Management, highlighted $12 billion-bond purchase offers made under the balance of payments in the period after the country's April 16 constitutional referendum.

Ash said the growth showed that foreign investors were responding to the drive "by buying Turkish risk".

"So, the Central Bank is managing the U.S. dollar/Turkish lira exchange rate around the 3.5 level."

The exchange rate saw its historic high in mid-January this year climbing to around 3.94 Turkish liras while it was 3.02 on average last year and 2.71 in 2015.