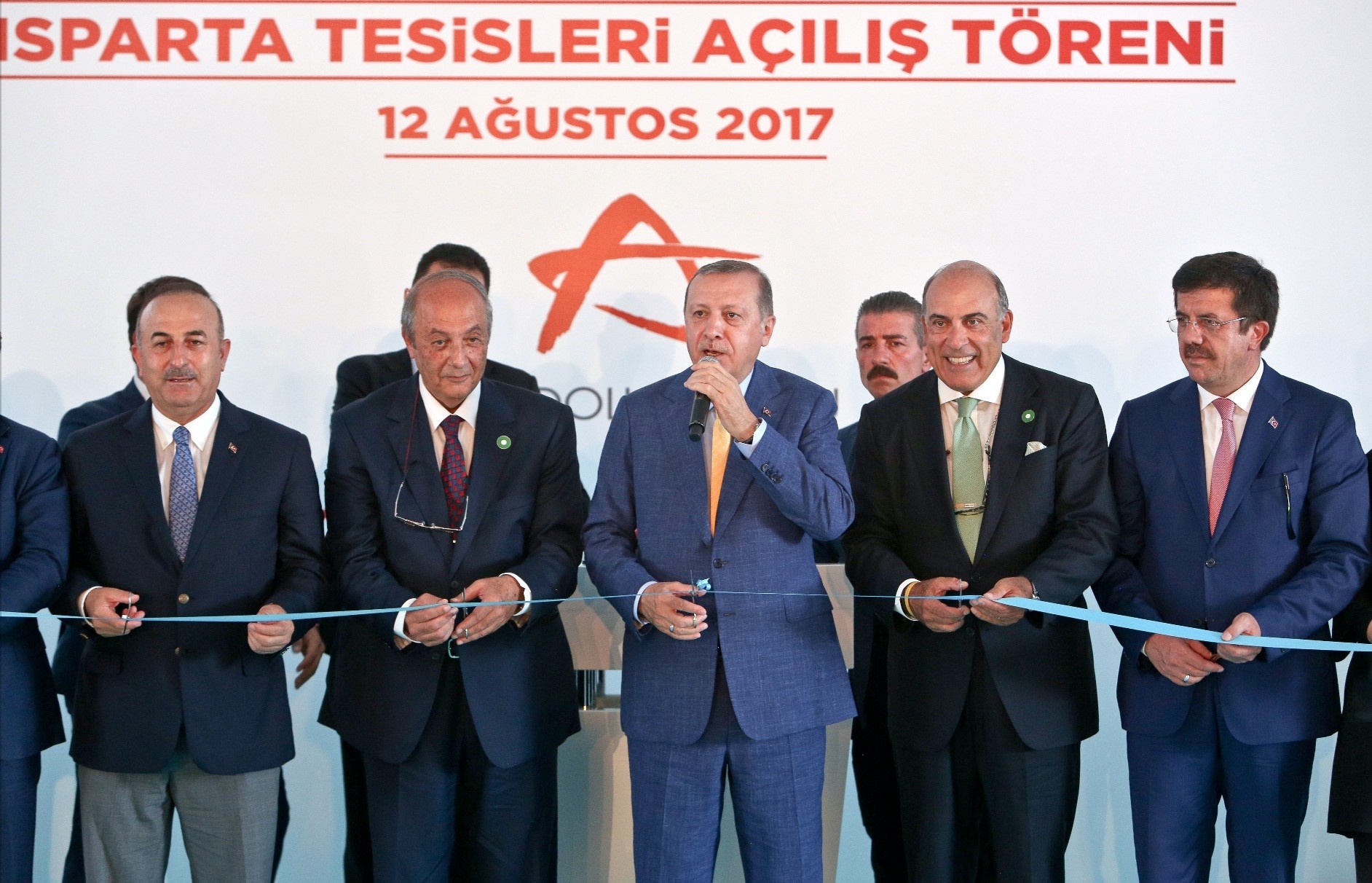 As investment projects accelerate across Turkey, the country is ensuring the safety and security of investors who have not regretted their investment decisions, President Erdoğan claims

On Saturday, President Recep Tayyip Erdoğan asserted that investors who have made investments and trusted in Turkey's investment environment have not experienced regret because of their decisions as investor confidence in the country continues trending upward. President Erdoğan spoke at the opening ceremony of a beverage factory with a $110-million investment in the western province of Isparta by Anadolu Group, which owns more than 50 percent of Coca Cola İçecek in Turkey. Erdoğan pointed out that the continuity of international investments is of great importance in a period in which questions concerning the Turkish investment environment have been raised.

Stating that investors in Turkey have never experienced and will not feel regret due to their investment decisions, he said, "Turkey, which borders the world's most conflict-stricken regions Syria and Iraq, maintains strong neighbor ties with Europe, the Balkans and Russia. In this picture, Turkey has no problems with the safety of individuals or investors." The president said that the successful investment environment in Turkey has been enabled both by the potential of Turkey and advantages the country offers to investors with its regional position.

Indicating that the government has taken measures to render Turkey's investment environment attractive for local and international investors, Erdoğan underscored that the state of emergency has been declared to ensure the safety of investments and it is limited to the fight against terrorism.

"The goal of the state of emergency is not to hinder the investments of entrepreneurs and industrialists, but it aims to guarantee their investments," the president emphatically noted and drew attention to incentive packages for investors.

The government is taking steps to expedite growth and development by paving the way for investors in many areas, including employment, tax, infrastructure and exports, Erdoğan said. "Most macroeconomic indicators prove the government's success in securing investors through the measures taken," he said.

Emphasizing that European countries' criticism of Turkey is a matter of their internal political affairs, Erdoğan reassured that political strife will tranquilize once elections in Europe are over and return to normal.

The president also stated that investors do not pay attention to speculative warnings against Turkey by some European politicians as they are well aware of the ephemeral nature of these political rows and only serve the internal political agenda ahead of elections.

Four of the eight companies that bid for the tender were German, Erdoğan noted and said, "International investors are expediting their investment projects in Turkey, not canceling or slowing them." He added that German giant Siemens, which has been investing in Turkey for more than 150 years, has been awarded the contract for the YEKA wind project with its two Turkish partners.

Referring to the recent Turkish-Japanese partnership in a city hospital with a $1.5 billion investment, Erdoğan announced that the Japanese partners have secured 80 percent of the loan required for the project to emphasize the accelerating process of international investments in Turkey.

Regarding the distribution of direct capital investments in Turkey, the countries that invested the most in the January-June period are Spain, the Netherlands, Qatar, Azerbaijan and Belgium. Moreover, speaking at the opening ceremony of the beverage plant, Anadolu Group Chairman Tuncay Özilhan stressed that the 10th factory is the last chain of the group's $1 billion investment in Turkey over the last 10 years. Özilhan also indicated the group's resolution to continue its investments in the country and highlighted its confidence in the country.

Coca Cola Company Chairman Muhtar Kent also delivered a speech during the opening ceremony where he strongly reiterated the company's belief in Turkey's potential and noted that it will continue investing in the country with partners.