China warns it will defend interests if US harms trade ties 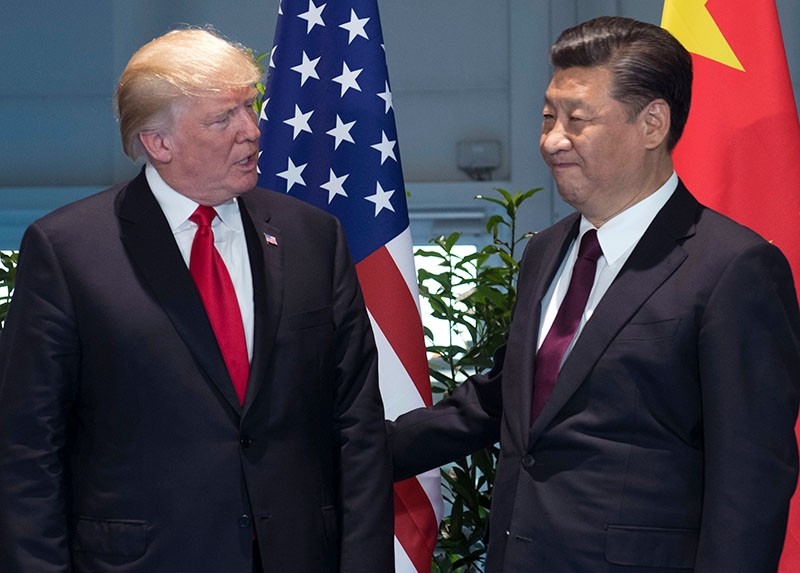 China will take action to defend its interests if the United States damages trade ties, the Ministry of Commerce said on Tuesday, after U.S. President Donald Trump authorized an inquiry into China's alleged theft of intellectual property.

Trump's move, the first direct trade measure by his administration against China, comes at a time of heightened tension over North Korea's nuclear ambitions, though it is unlikely to prompt near-term change in commercial ties.

U.S. Trade Representative Robert Lighthizer will have a year to look into whether to launch a formal investigation of China's policies on intellectual property, which the White House and U.S. industry groups say are harming U.S. businesses and jobs.

The United States should respect objective facts, act prudently, abide by its World Trade Organization pledges, and not destroy principles of multilateralism, an unidentified spokesman of China's Ministry of Commerce said in a statement.

"If the U.S. side ignores the facts, and disrespects multilateral trade principles in taking actions that harms both sides trade interests, China will absolutely not sit by and watch, will inevitably adopt all appropriate measures, and resolutely safeguard China's lawful rights."

The ministry said the United States should "treasure" the cooperation and favorable state of China-U.S. trade relations, and warned that any U.S. action to damage ties would "harm both sides trade relations and companies".

China was continuously strengthening its administrative and judicial protections for intellectual property, the ministry added.

China's policy of forcing foreign companies to turn over technology to Chinese joint venture partners and failure to crack down on intellectual property theft have been longstanding problems for several U.S. administrations.

Trump administration officials have estimated that theft of intellectual property by China could be worth as much as $600 billion.

Experts on China trade policy said the long lead time could allow Beijing to discuss some of the issues raised by Washington without being seen to cave to pressure under the threat of reprisals.

China repeatedly rebuffed attempts by previous U.S. administrations to take action on its IP practices, and has insisted it rigorously protects intellectual property.

State news agency Xinhua said the U.S. investigation is a unilateralist "baring of fangs" that will hurt both sides.

Jacob Parker, vice president of China operations at the U.S.-China Business Council said Trump's memo is only the beginning of the process, but that he expected a decision on how to move forward from the administration in 60-90 days.

"I think it will be much faster than a year," Parker said.

Coming to terms on a bilateral investment treaty would be a better way to get China to address the IP issues, he added.

"This isn't a surprise. Our companies have been honing their crisis communications and internal planning processes since the election. The rhetoric that came up during the campaign led them to take proactive action then. They are prepared, aware and ready for these types of actions going forward."

The investigation is likely to cast a shadow over U.S. relations with China, its largest trading partner, just as Trump is asking it to put more pressure on North Korea to give up its nuclear program.

Trump has suggested he would be more amenable to going easy on China over trade if it were more aggressive in reining in North Korea.

China has said the issues of trade with the United States should not be linked to the North Korea problem.

Ken Jarrett, president of the American Chamber of Commerce in Shanghai, said in a statement on Tuesday that trade and North Korea should not be linked, but that the investigation was a "measured and necessary step".

"The president's executive order reflects building frustration with Chinese trade and market entry policies, particularly those that pressure American companies to part with technologies and intellectual property in exchange for market access," he said.

"Chinese companies operating in the United States do not face this pressure." (Reporting by Michael Martina; Additional reporting by Ben Blanchard, and David Stanway and John Ruwitch in Shanghai; Editing by Michael Perry, Robert Birsel)