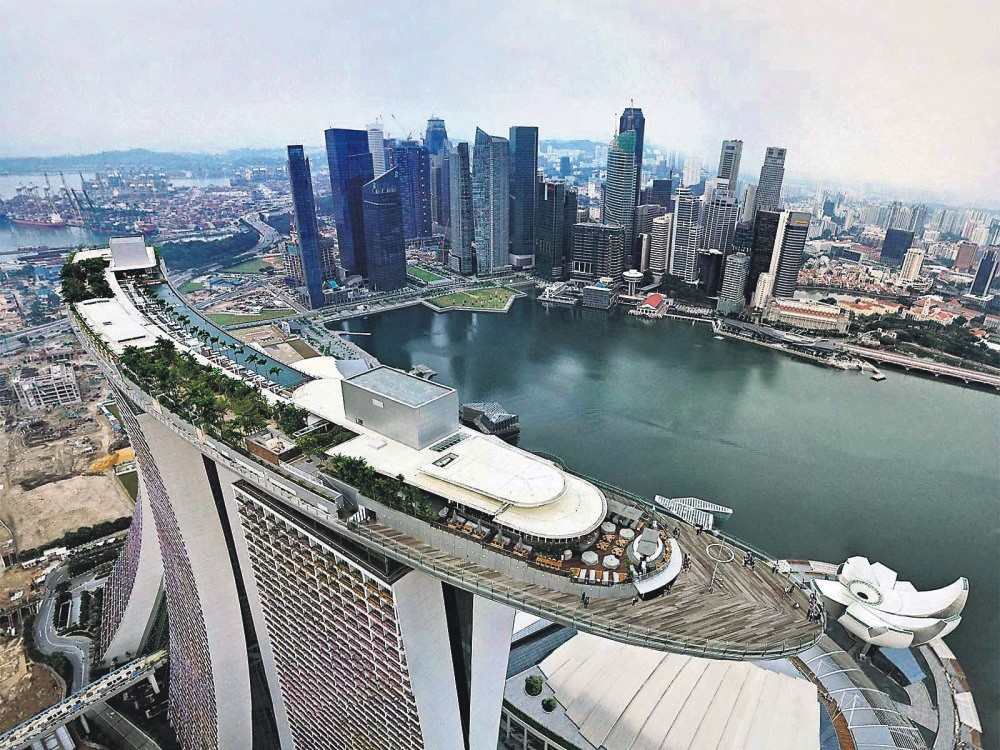 An aerial view of Singapore, with which Turkey ratified a free trade agreement to boost its partnership with ASEAN countries.
by Yunus Paksoy
Aug 17, 2017 12:00 am

In an attempt to enter the club of high-income countries, Turkey is diversifying its partners around the globe, and in addition to its long-time partner Europe, the country plans to increase its share in the Asian market, capitalizing on its advantageous geographical location

Turkey will need to make the best use of the economic potential in Asia without neglecting its best trade partner, Europe, to help it reach the league of high-income countries, Cevdet Yılmaz, Justice and Development Party (AK Party) deputy chairman in charge of the economy, recently said. Hosting an event at AK Party headquarters in Ankara yesterday, Yılmaz responded to a question from Daily Sabah about what Turkey's recent sectoral dialogue partnership with the Association of Southeast Asian Nations (ASEAN) means in its quest to make a spring into the league of high-income countries.

"The economic activity in the world is shifting toward the Far East. Interest in, for example, Indian and Chinese markets have increased. I hope we can better make us of it," Yılmaz said. 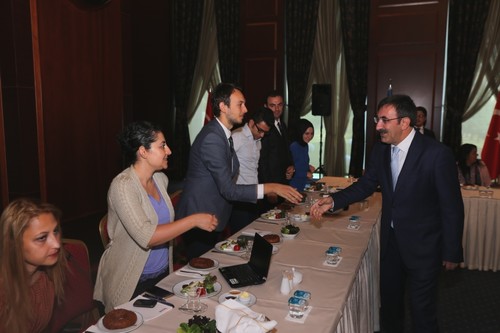 Stressing that Turkey's expansion toward Asia does not necessarily point to pulling out of the European market, Yılmaz said Ankara has to forge strong bonds with all parts of the world. "Turkey is at a location that connects many trade and energy routes. Our country has a quite significant location between the West and the East, between Asia, Africa and Europe. We need to turn it into economic value," Yılmaz said, underlining that Turkey will continue to assert its influence within economic associations in Asia.

The AK party deputy chairman argued that Turkey's expansion toward Asia is subsidiary to better-forged economic ties with Europe. "Increasing your economic activities with a region is not an obstacle to doing the same with another region," Yılmaz said. He stressed that the AK Party's Europe-oriented economic policies will continue as in the past.

Turkey officially became a sectoral dialogue partner with ASEAN on Aug. 6. Foreign Minister Mevlüt Çavuşoğlu explained that the country has been chosen among other countries that applied for the partnership and that the initiative was taken in line with Ankara's proactive and multidimensional foreign policy.

'HIGH GROWTH RATE WILL BE SUSTAINED'

Portraying an optimistic future for Turkey's economy, Yılmaz said the economy has recorded an average of 5.7 percent growth from 2002 to 2016, which would have been much higher if not for the 2008 global economic crisis and the July 15 coup attempt last year.

"Turkey has most surely separated itself in a positive way from the others in the post-crisis [2008 global crisis] period. We recorded an average of 6.7 percent growth between 2010 and 2016," Yılmaz said, speculating that it would have been over 7 percent had the July 15 coup attempt not taken place.

He asserted that the high growth rate will be sustained. Contending that all macro indicators are positive, Yılmaz said the AK Party's reforms and fiscal discipline have made it possible for the past 15 years.

Stressing that Turkey's economic recovery should be appreciated, Yılmaz said the economy would have collapsed had the coup prevailed. "July 15 was a coup attempt against the economy as well."

Yılmaz said Turkey now needs a new breakthrough in the economy. "Our aim is to bring Turkey into the high-income league. We need to create quality policies in every area. Micro and detailed policies are needed," he suggested.

Pointing to the necessity of an information-based and technology-oriented economy, Yılmaz said Ankara set its sights higher.