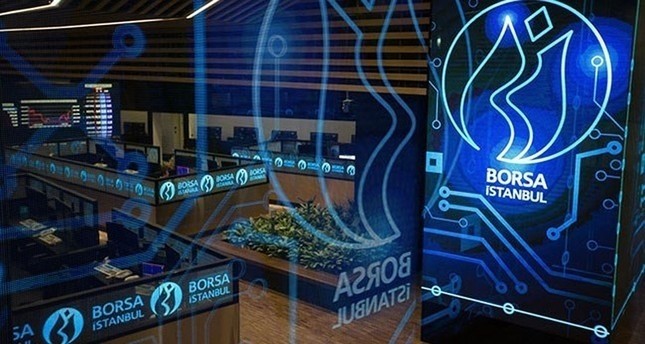 The BIST 100's rise from the beginning of this year reached nearly 42 percent with this new closing record, compared to a close of 77,754.46 points on January 2.

The exchange rate fell around 1.4 percent on a weekly basis while it saw a historic high mid-January this year, climbing to around 3.94.

The banking and holding sector indices advanced 0.37 and 0.83 percent, respectively. Among all sectors, the textile leather sector performed best -- up 2.17 percent -- while the BIST sports index fell 0.90 percent, the biggest decline on Monday.

Shares of oil and energy company Turcas Petrol (TRCAS) was the top gainer of the day with a 19.70 percent hike while poultry and feed producer Banvit (BANVT) was the worst performer as the value of its stocks fell by 6.43 percent.

Share on Facebook Share on Twitter
Previous in Economy Turkey and Russia's desire to expand bilateral trade to $100 billion... Next in Economy Amazon may have already started to serve its Turkish customers via...
DAILY SABAH RECOMMENDS