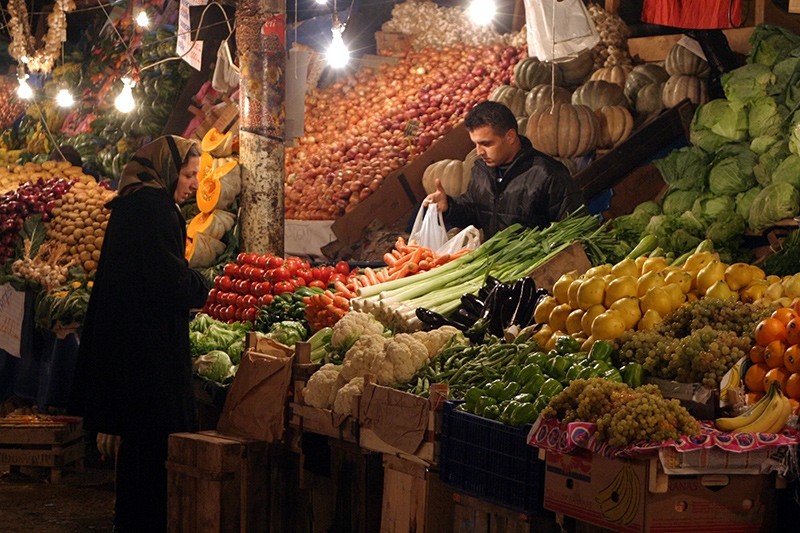 On Monday, Anadolu Agency's Finance Desk's survey of 14 economists predicted an average 0.15 percent increase in the monthly rate and an annual rate of 10.27 percent. The economists forecast year-end inflation rate at 9.38 percent.

TurkStat's report showed the highest monthly rise was in the education sector which saw a 2.79 percent increase in prices as the new school year nears. It was followed by transportation category with 2.05 percent, furnishing and household equipment with 1.66 percent, hotels, cafes and restaurants with 1.03 percent and housing and miscellaneous goods and services with 0.71 percent.

The highest monthly decrease was in clothing and footwear category with 3.09 percent. A decrease by 0.22 percent was also reported for the food and nonalcoholic beverages category.

The highest annual increase was in transportation category with 17.38 percent, followed by food and nonalcoholic beverages with 11.97 percent, health with 11.66 percent, recreation and culture with 11.19 percent and hotels, cafes and restaurants with 11.07 percent. The categories with top three increases constitute the main expenditure items for consumers and they are expected to effect the pay raise ratio for the private sector for 2018.

Timothy Ash, a senior emerging-market strategist at London-based BlueBay Asset Management, said in a client note that the extent of the increase was disappointing although an uptick was expected.

"The assumption was that inflation would begin to ease back to year-end, due to tax changes, but it will now be from a higher level," Ash wrote.

"Some consumer products in the Turkish market originate from Europe and many products are being priced in euros. Durable goods inflation has a higher sensitivity toward euro volatility," Yılmaz said.

"Airfares have increased by 18.2 percent annually alongside with transportation group items," Yılmaz said.

He said he expected the Turkish Central Bank to hold on to its tight stance until improvements are visible in inflation statistics.

Şakir Turan, an economist at Odeabank, told Anadolu Agency that new fixed-weight methodology in inflation calculations, along with price adjustments ahead of the Eid- al-Adha holiday, led to the rise in headline inflation in the month.

"Even though we think government's recent measures to reduce the volatility in food prices may be effective in the medium-term," Turan said.

Turan added that the rise in inflation rate would continue in forthcoming months due to foreign exchange rates and cost factors.