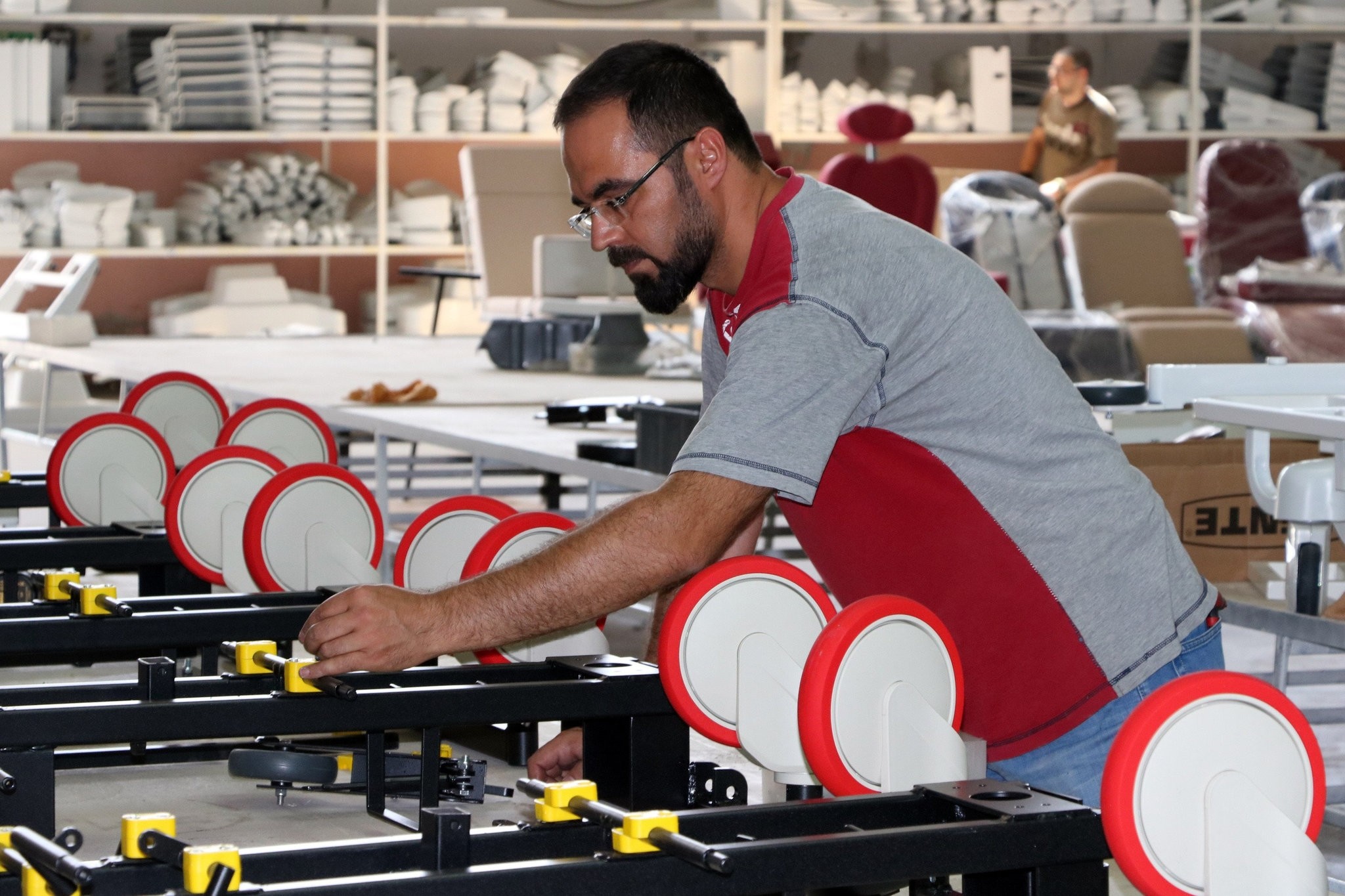 The regulatory amendments made in March have expanded the scope of the domestic Credit Guarantee Fund, which has provided TL 210 billion for Turkish real economy actors so far with the support of the Treasury, acting as the collateral guarantor. The fund has outperformed its major counterpart and world's largest credit guarantor the South Korean fund

Over the last few decades, public credit guarantee funds have risen in popularity amid aims to increase access to financing for firms perceived to be ill-served by private financial intermediaries - especially in cases of small and medium-sized enterprises (SMEs). Early this year, Turkey also pledged to reinforce its credit-guarantee fund and support the real economy by providing a sigh of relief for SMEs and non-SMEs. As Turkey's Treasury-backed Credit Guarantee Fund (CGF) provided some TL 201 billion ($58.4 billion) for the real economy, leading among its peers around the world, Prime Minister Binali Yıldırım affirmed that the Turkish CGF outperformed its South Korean counterpart and claimed the top spot, setting an example as a driving force in the real economy for many countries.

Backed by the Turkish Treasury, the CGF reportedly provided some TL 201 billion so far this year for SMEs and non-SMEs which contribute to the real economy. Moreover, the size of the bailout has reached TL 179 billion. These figures have placed the Turkish CGF at the top, outstripping the world's largest CGF, South Korea's KODIT fund. As Prime Minister Yıldırım put it, this successful system has set a good example for many countries.

Yıldırım drew attention to the significant legislative amendments introduced in 2016 under the auspices of making the CGF scheme more effective. The regulatory changes enacted to multiply the size of Treasury-backed collateral, earning the fund a great deal of operational effectiveness. He also noted that the protocol signed between the under secretariat of the Treasury and the CGF in March ushered in a new period, expanding the scope of the collateral provided by the Treasury-backed CGF while enabling the enterprises that are not categorized as SMEs or non-SMEs to take advantage of the financial packages.

Prime Minister Yıldırım emphasized that increasing the limit for Treasury-backed loans to TL 200 billion is of crucial importance for the real economy's access to finance, adding that the Portfolio Guarantee System (PGD) has also expedited the operational process of the fund and made it more effective.

The prime minister stressed that the regulations allowed the real sector to secure the most needed finance to a large extent through the productive operation of the Treasury-backed CGF. "Just as the system opened up loan channels that had nearly been blocked, it facilitated the real sector to access financial needs," he said.

The system has also created a positive environment which ensures swift credit expansion that has also reflected on economic growth, which reached 5 percent in the first quarter, exceeding expectations. According to the prime minister, this positive impact will also continue in the second and third quarters of the year amid the evaluations of international investment banks and the ratings put forth by U.S.-based credit rating agencies. The estimates outline that the fund contributed roughly 1 percent to the gross domestic product (GDP) growth last term.

Recalling that industrial production grew 6.7 percent in April and 3.5 percent in May, he added that "Retail sales, which have seen a negative trend over the last seven months, recorded a 1.2-percent increase in May." The CGF has intervened in the shrinking economy as an important expansionary tool and alternative policy, Yıldırım noted, expressing that the system has proven a significant sigh of relief, especially for SMEs.

Credit guarantee funds are financial mechanism through which a third party - in Turkey's case, the guarantor and state Treasury - pledges to repay some or all of the loan amount to the lender in case of borrower default. Reducing the risk that could face financial intermediaries and facilitating firms' in securing loans, the guarantor assumes part or all of the credit risk.

South Korean KODIT is a public financial institution that was established in 1976 under the provisions of the Korea Credit Guarantee Fund Act. It extends credit guarantee services for the liabilities of promising enterprises which lack tangible collateral, stimulating sound credit transactions through the efficient management and use of credit information.