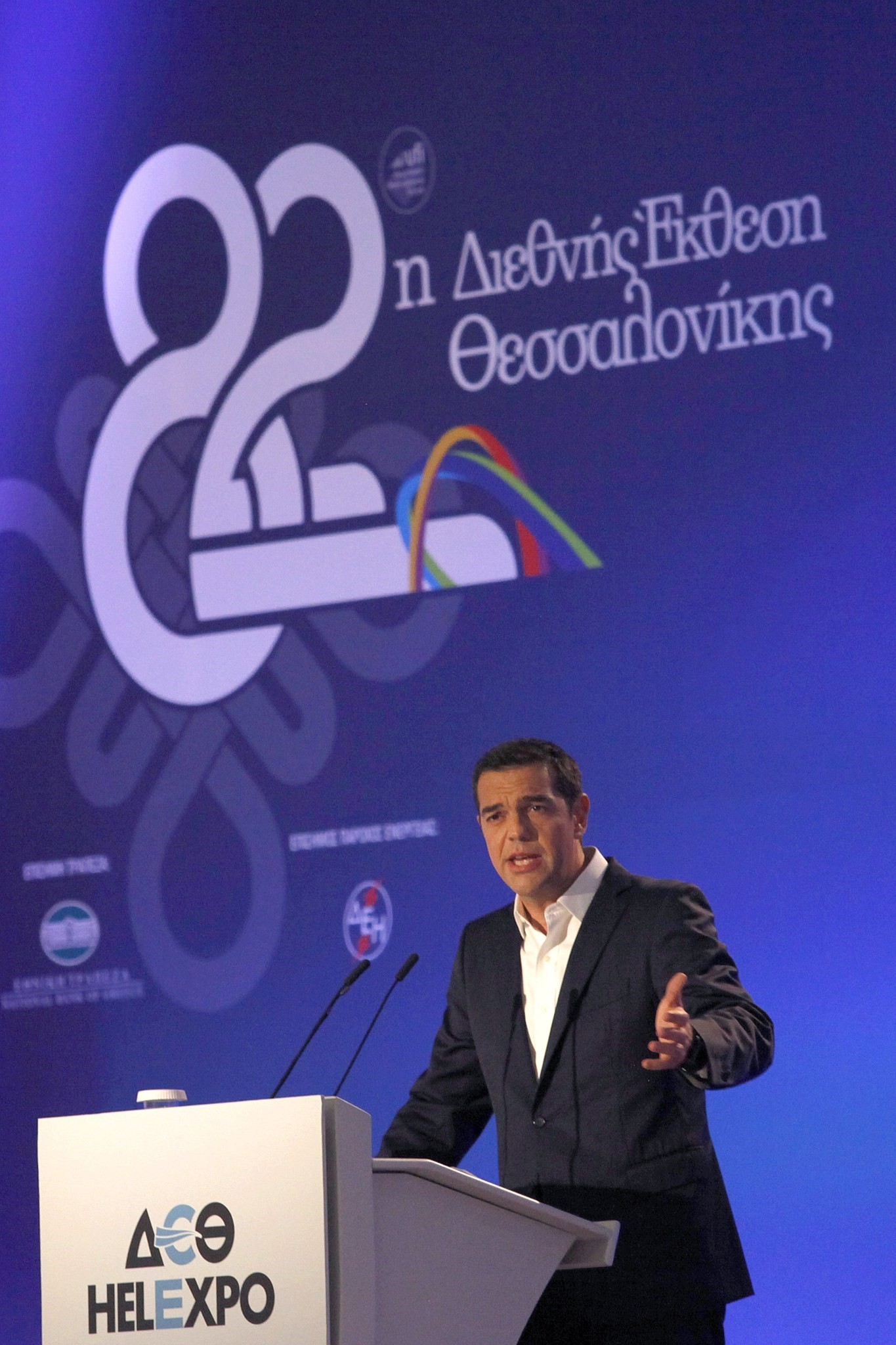 Greek Prime Minister Alexis Tsipras delivers a speech during the opening of the 82nd Thessaloniki International Fair.
by Associated Press Sep 11, 2017 12:00 am

Prime Minister Alexis Tsipras said that the Greek economy is turning around and will no longer be under the supervision of the country's creditors in 2018. Speaking at the opening of the 82nd Thessaloniki International Fair in Greece's second-largest city, Tsipras said the Greek economy will grow in 2017 after a 9-year recession. He said Greece added 236,000 jobs in the first seven months of 2017, the fastest pace since 2001 and that foreign investors are eager to capitalize on the opportunities. To back up that point, Tsipras said a French businessman accompanying French President Emmanuel Macron on his 2-day visit to Greece this week told him that the once prevalent narrative of Grexit - the likelihood of the deeply-indebted country leaving the 19-nation eurozone - has now become Grinvestment.

"I am certain that, this time next year, (creditor) supervision will have ended," Tsipras said.

Left unmentioned was any reference to cutting part of the country's still very high debt, a central demand of his government to which the International Monetary Fund is sympathetic, but to which the European Union, especially Germany, is adamantly opposed. Also conveniently forgotten by Tsipras, now the champion of foreign investment and declared enemy of "wasteful spending," was his party's past vehement opposition to foreign investment and the obstacles put by both government ministers and state bureaucracy to investments such as the gold mining operation in Chalkidiki peninsula, just east of Thessaloniki, and a real estate development project, by far Greece's largest, on the grounds of the former Athens airport.

The main opposition New Democracy party seized on Tsipras' changed positions and past unfulfilled promises to blast him for his speech. "Mr. Tsipras is funny in the role of a serious and reliable prime minister ... in a tasteless theatrical performance."

After recalling Tsipras coming to power as an unrepentant demagogue whose high-wire negotiations in 2015 cost Greece "100 billion euros" (in extra austerity measures), the opposition accuses him of "belatedly discovering investments" that he fought against.