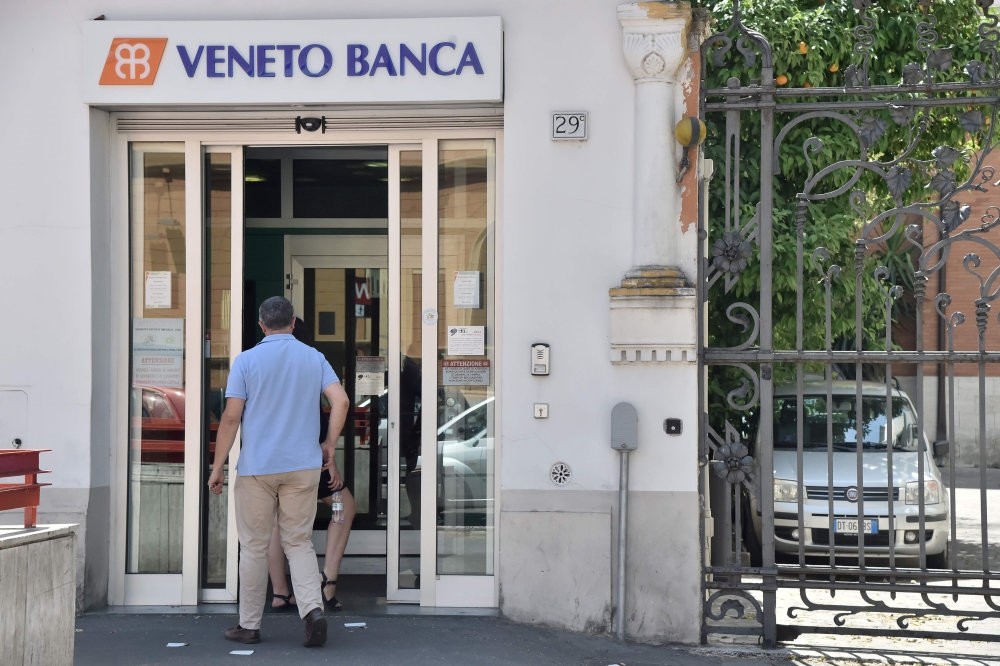 Voices to bring a second currency to support employment and growth in Italy rise again among anti-euro circles preparing to fully exit the eurozone when the appropriate time comes, but a big if remains unresolved despite experts thinking it is feasible

Italy's main opposition parties are replacing their calls to leave the euro with apparently less radical proposals to flank it with a new currency they say can boost growth and jobs.

Yet if any of their schemes are adopted with success they may convince many Italians that the economy can function without the euro, and make an eventual euro exit more likely.

It is a big if: previous such plans have been tried around the world with mixed results and it would take a political shift for new ones to be introduced in Italy, but not everyone is ruling it out.

"It can be done, technically and politically it is perfectly possible," said Roberto Perotti, economics professor at Milan's Bocconi University.

They have settled on the dual currency proposal as a way of continuing to tap into widespread anti-euro sentiment in Italy while avoiding - at least for now - the huge upheaval and market turmoil that outright euro exit may trigger.

Opinion polls currently point to a hung parliament in which they could get a majority of seats but would be unlikely to form a government due to divisions on other issues.

Some Northern League and 5-Star lawmakers say their primary goal is to persuade Brussels and Italy's partners to change European fiscal rules to allow them to spend more and cut taxes. The threat of a parallel currency, which is opposed by the European Commission, can help them achieve this, they say.

However, many of the strongest supporters of the scheme are anti-euro and they admit one of its main aims would be to prepare the ground for a euro exit when the time comes.

"With a parallel currency in place, if we want to leave the euro our economy will still be able to operate even if the European Central Bank tries to crush us by shutting off liquidity in euros," said the Northern League's economics spokesman Claudio Borghi.

Italians were strongly pro-euro when the single currency was launched in 1999, but since then Italy has been the most sluggish euro zone economy and many blame the euro for their falling living standards and high unemployment.

A poll by the Winpoll agency in March showed only around half of Italians back the euro and an EU-wide survey in July by the German Bertelsmann Stiftung think tank showed just 17 percent of Italians said they were satisfied with the direction the EU, half the EU-average.

The European Commission is concerned by the dual currency talk, and so are financial markets.

Investors sold off Italian government bonds last month after Berlusconi said he was in favour of printing a "new lira" for domestic use, to pump money into the economy. Under his plan euros would still be used for all international transactions and by tourists.

The four-times prime minister had made the proposal before, but markets are now particularly edgy ahead of an election where only the ruling Democratic Party (PD) does not propose to tinker with the current euro set-up.

The PD is running neck-and-neck with 5-Star, with rightist allies the Northern League and Forza Italia in third and fourth place.

Asked to comment for this article, the European Commission said there could be only one legal tender in the euro zone. Yet many dual currency proponents say that is no obstacle.

They argue that "legal tender" is defined as a currency that sellers are obliged to accept. If there is no obligation, a dual currency does not infringe any EU treaties, they say.

Daniel Gros, head of the Brussels-based Centre for European Policy Studies, agreed. "If there is no obligation there is no legal problem," he said.

However, he doubted the proposals would ever be adopted, describing them as posturing that distracted attention from the real problem of Italy's economy, which was a lack of productivity growth.

Dual currency supporters in Italy point to the success of employer-provided meal vouchers, now used by millions of Italians to buy groceries as well as lunches.

Parallel currencies have numerous historical precedents. Berlusconi often cites the AM-lira, introduced by the allies in Italy during and after World War Two. One of the most successful is the Swiss WIR franc, launched in 1934 for use by businesses, which still helps them obtain cheap credit during downturns.

Marine Le Pen, leader of France's anti-EU National Front, proposed the reintroduction of the franc in parallel with the euro during this year's election campaign.

The Northern League's Borghi said Italy "has to be ready for the euro's collapse," which he sees as only a matter of time.

He is the architect of the party's proposal - which Berlusconi has also hinted he would support - called "mini-BOTs", named after Italy's short-term Treasury bills.

Borghi says initially some 70 billion euros of these small denomination, interest-free bonds would be issued by the Treasury to firms and individuals owed money by the state as payment for services or as tax rebates.

They could then be used as money to pay taxes and buy any services or goods provided by the state, including, for example, petrol at stations run by state-controlled oil company ENI.

Borghi says this will convince people to use them and businesses to accept them, and he has already launched surveys on Twitter and Facebook to pick the most popular designs for the mini-BOT notes.

Bocconi University's Perotti said the impact could be severe. "It would increase public debt, Brussels would object and, especially if done on a large scale it would make it more likely we are eventually forced out of the euro zone," he said.

Economists who support the idea admit it would push up Italy's huge public debt, the second highest in the euro zone after Greece's, but say this would soon be outweighed by the positive impact on economic growth.

The anti-establishment 5-Star, which has rowed back on plans for a referendum on the euro, backs a proposal for a "fiscal currency" put forward by economics professor Gennaro Zezza who, like Borghi, believes the euro will fail sooner or later.

Zezza's fiscal currency would initially be electronic, but he said notes could be issued within about a year. It would allow the state to pay public salaries and fund investment and, as with mini-BOTs, could be used by citizens to pay taxes.