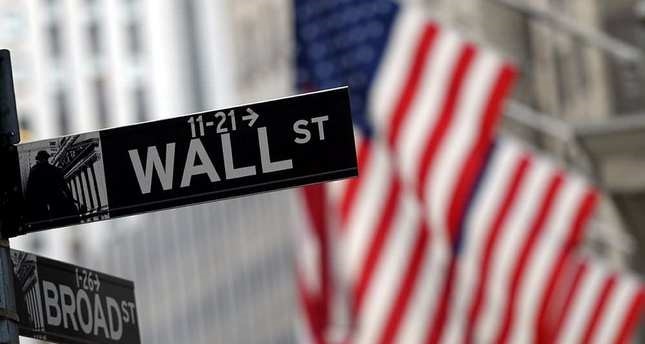 The major Wall Street indexes hit record closing highs on Tuesday, with financial stocks leading the charge, but gains were stunted by a decline in Apple Inc shares after it unveiled its latest line of iPhones.

The financial sector was the S&P 500's biggest driver during the regular session as bank stocks were helped by rising U.S. Treasury yields, while the utilities and real estate sectors lost ground.

"It's a better environment for risk assets. As long as these two issues - North Korea and the hurricane - have receded as concerns, it gives investors a green light to focus on stronger fundamentals," said David Joy, chief market strategist at Ameriprise Financial in Boston.

Concerns about Hurricane Irma's impact receded as it weakened to a tropical depression, while investors shrugged off U.S. President Donald Trump's comments that the latest U.N. sanctions on North Korea were only a very small step and nothing compared with what would have to happen to deal with the country's nuclear program.

"A lot of it is the realization that the latest hurricane wasn't as devastating in the U.S. as people feared," said Tim Ghriskey, chief investment officer of Solaris Asset Management in New York.

Apple's shares closed a volatile trading session 0.4 percent lower at $160.86 after rising as high as $163.96 following the unveiling of its 10th anniversary edition of the iPhone. Apple's release date of Nov. 3 was later than some investors had expected.

While some investors cited worries about whether Apple would face supply shortages, others said traders were just taking profits.

"There were no blockbuster surprises although what they're doing with the products is all pretty good," said Ghriskey.

The iPhone maker was the second-biggest drag on the S&P behind McDonald's, which fell 3.2 percent to a more than one-month low on concerns about its third-quarter results.

Financials, the biggest upward driver on the S&P, rose 1.2 percent, helped by a 1.8 percent jump in the bank subsector. Investors in banks, whose profits are boosted in part by higher rates, were reacting to a jump in U.S. Treasury 10-year yields to a three-week high after a 10-year note auction.

Also, Goldman Sachs rose 2.2 percent to $225.95 after it unveiled a growth plan that could add as much as $5 billion in revenue annually.

The S&P Utilities and Real Estate sectors were the laggards of the day, with 1.75 percent and 1.2 percent declines respectively, as investors shied away from interest rate-sensitive stocks.

Advancing issues outnumbered declining ones on the NYSE by a 1.71-to-1 ratio; on Nasdaq, a 1.70-to-1 ratio favored advancers.

About 5.91 billion shares changed hands on U.S. exchanges, above the 5.79 billion 20-day average.